Zenyatta’s film vault has plenty of clips of her winning amazing races. The most compelling of all, however, may be the one where she lost.After starting her career 19-0, Zenyatta’s legacy was to be capped off with career-ending victory in the Breeder’s Cup Classic. Instead, she started poorly or at least poorer than usual, dropped to the back of the pack — way back — for most of the race. It got to the point where jockey Mike Smith, as he explains in the following interview, even considered pulling up in case Zenyatta was injured.Instead, they soldiered on, and one mesmerizing run later, the tandem finished second to Blame by a mere nose. There seems to be no way that Zenyatta should have even been that close, let alone won, but Mike Smith felt otherwise, taking all the blame (pun intended) afterward. Despite the struggle of a trip, he still feels they should’ve won.Mike Smith joined  XX Sports Radio in San Diego with Scott and BR to discuss why it was his fault, what was going through his mind during the trip, Zenyatta’s training, the thoughts he had of pulling up and out of the race, whether he talked to the horse during the trip, if there has been a conversation about Zenyatta’s future and Zenyatta’s potential belief that she won the race. 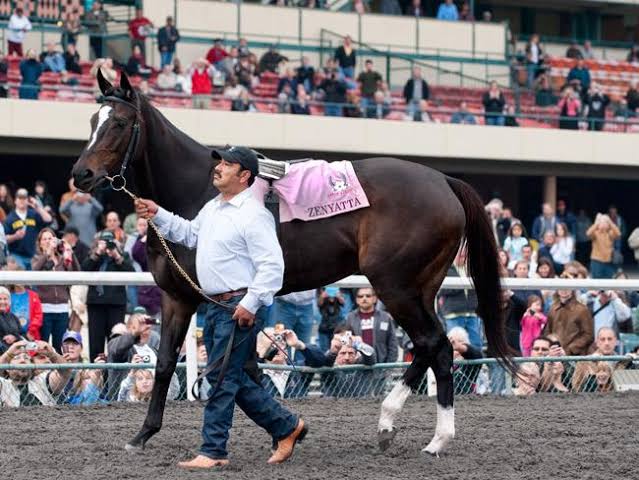 On why the loss was his fault:

“I just can’t blame her. I just can’t. It’s just, you know, obviously she just didn’t handle the track at all, the first part. Or actually the whole race around there, even the gate, she was just having a lot of trouble with it. Every time she’d kind of bobble it just took her a while to get up and she just did that all the way around there. She ran courageous as it was, but she did that on heart, it wasn’t because she ever got a hold of it. I was a good 20 lengths out of it going around the far turn and it was just way too much ground to make up. For her to only come up a nose short, it can’t be no one’s fault but mine.”

On what he was thinking during the struggles:

“I’ve never felt it before. So you can just imagine. Everything from, ‘Do I finish the race? Do I try?’ You name it. All of it went by in a matter of seconds. She just had a rough time with it. She just really, really did. Everything went wrong. But I’m not taking nothing away from Blame. He ran a great race. What a trip he had over his favorite course. It’s just the way it was meant to be I guess.”

On his thoughts of pulling up:

“At one point I thought, ‘Whoa, what was that?’ at the eighth-pole. I knew she was OK, I just knew she was having a really, really hard time. Most horses would’ve eased. They wouldn’t even have finished the race. She just kept trying. It was just amazing. Even at the eighth-pole, the second time around, when I got her out, I said, ‘OK, I can still get them,’ but she just couldn’t get ahold of it.”

On whether he had dialogue with the horse:

On whether there has been dialogue about Zenyatta’s future:

“Not yet. I hope it does. Yeah [I want her to win her final race], in saying that, I mean that with all, you know, she came back wonderful. She’s healthy, she’s sound, she’s happy. She enjoys running. She just didn’t enjoy running over that racetrack on Saturday. If they’d like to do it, I’d see nothing wrong with it. She deserves a chance to go out a winner. And if they don’t, she still went out a winner.”