After firing Sam Mitchell as Raptors’ Head Coach, GM Bryan Colangelo let Jay Triano take the job on an interim basis.  Everyone accepted that with the thought that Colangelo would replace Triano in the off-season with someone that had some NBA head coaching experience.  Colangelo, however, has never had an aversion to taking risks and allowed Triano to pitch himself once the season was over.  Triano obviously sold his GM on his plan, and with a full training camp, hopes to implement the philosophies both men share.  Colangelo also hired a little known man who had international experience in Mike D’Antoni when he was in charge of Phoenix.  Triano coached the Canadian national team for a long time and seems to have the love of the current Raps.  Triano joined The Fan 590 in Toronto to discuss his talks with Colangelo, why Andrea Bargnani improved under him, and how the Raptors will get better. 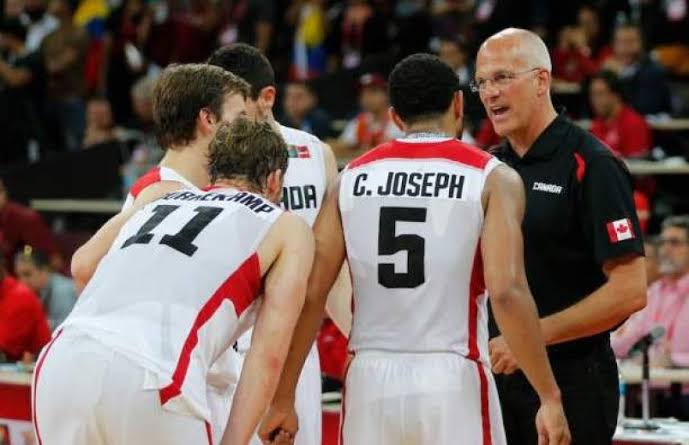 On how he earned the trust of his GM:

“When the season ended, Bryan and I kinda went different ways…  Finally, we were able to sit down and I had put together a little proposal of where I thought our team could be and we hashed over it.  He had to go through a process, as I did.  At the end of it, we just have a very good working relationship, we have the same philosophy on the game.  We both have the same view of where this team should be and we’re not satisfied with where it was this past year.”

How he feels finally receiving a long-time NBA contract:

“It is a little surreal at times because it’s something that was kinda thrown in, in the middle of December, and not time to practice and everything.  You dive in to it and you get up caught in the games and I didn’t have a chance to reflect.  Over the last couple weeks, I’ve had the chance to reflect a little bit… You know, decide that this is something I really want to do, I’m excited about a training camp and establishing my policies and my procedures and the style of play where you can actually put in the practices in.”

On how to get the most out of NBA players:

“So much of it is dealing with the player and getting the most out of the players because of their confidence… You know, I have full confidence that I can do the same thing – part of the reason (Andrea) Bargnani started to play the way he did, he just needed a coach to believe in him a little bit.  I think that he and Joey Graham finished the season very strong.  You need to have the ability to touch your players and figure out what motivates them.  I guess the thing is in the NBA, there are so many differences and variables as to what motivates each player.  As a Head Coach, you gotta find out what they are and you gotta push the right buttons.”

How the Raptors will improve:

“It’s gonna be the ability to let me coach them harder… I think I need to demand more out of these guys.  I think that they all left after this season disappointed that they were going home and that they underachieved as a team.  I’m not happy with it and I’m gonna do whatever I can this summer, and I said the same thing in our exit meetings, I expect them to be not happy, and to go home and come back with a different attitude so it doesn’t happen again.  Our work ethic is gonna change dramatically as far as what happens on the floor and what happens off the floor.”