Jaime Faith Edmondson: A Cop, A Cheerleader and a Playmate

Every Playboy Playmate takes a different path to becoming the centerfold.  Some are found through tryouts around the country, some have modeling agencies or agents that push for their client to get in Playboy, and some (and typically the ones that make it big) are found by Hugh Hefner.  Jaime Faith Edmondson falls into the group found by Hugh Hefner.  Edmondson’s path is an interesting one.  Edmondson was a Miami Dolphins cheerleader who was recently on The Amazing Race on CBS.  That’s where Hefner discovered the beautiful redhead who is now the January 2010 Playmate. She grew up in Bartow, Florida and dreamed of becoming an undercover spy, the heavyweight champion of the world or a Playboy Playmate (at least she got one of her three, mine were Hulk Hogan, He-Man or a Transformer).  Besides being a Dolphin cheerleader and a reality TV star, Jaime is also a former police officer, that’s right a former cop. She has a degree from FAU in criminal justice. Now that’s well rounded, (no pun intended there); a former cop, reality TV, cheerleader and now a playmate. That’s just about everything I look for in a woman, besides being able to pick up the takeout food at my favorite Chinese restaurant.Jaime Faith Edmondson joins Boomer and Carton on WFAN in New York to talk about her layout in Playboy, what kind of girl she really is, what kind of guy she likes, and the stereotype of a centerfold for Playboy. 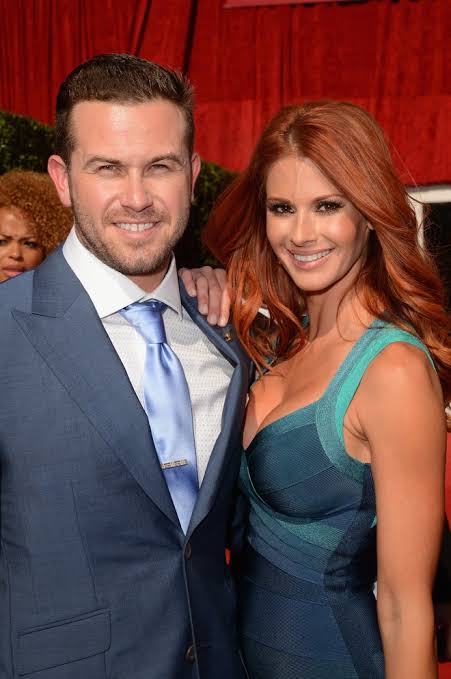 Asked when after being a cop, a cheerleader and on Amazing Race when she wanted to get naked:

“After the show aired, Amazing Race, we got offered, me and my partner, a part to do a pictorial together (her and her partner on the show, Cara Rosenthal). (Carton: Are you a lesbian?) No, my partner meaning my partner on the show. She is also a very hot redhead; we are both 5’8 redheads running around the world. (Carton: So did you guys do girl on girl action for Playboy?) No, actually she turned down the offer from Playboy because she is in law school. She was really busy focusing on that for the moment.  So I was kind of a little bit bummed that she said no. Actually it worked out a better this way, a couple days later they called back and Hef offered for me to come out and test to be a playmate.

Asked if she was nuts, does she have a flaw where she can’t keep a man or something?

“No, this is actually a personal choice, I enjoy having my freedom. I enjoy being able to go on dates. I enjoy deciding for myself what I am going to do for myself without having to run it past someone.”

Asked if she has met Tiger Woods:

“I have actually never met Tiger Woods.  (Carton: “Would she sleep with him”) Absolutely not!  All I can say is you’ve obviously not read my magazine yet. But if you were to read my data sheet it says exactly what my turn on’s are. It says big men, big hands, big trucks, that is my look. I like a good meaty kind of on the heavy side country boy, who is big and meaty.