A new week begins, which for Pittsburgh Steelers and Georgia Bulldogs fans means another opportunity to see how Hines Ward will fare on the latest episode of Dancing With The Stars. Ward and his partner have been tearing it up in recent weeks, so much in fact that they’re considered the odds-on favorite to win the competition. As you’ll hear though, Ward already feels like he’s accomplished what he set out to do were he to be eliminated this week, and more than anything, he’s just glad to be enjoying himself so much with the whole thing.Ward joined WCNN in Atlanta to talk about his performance on Dancing With The Stars to date, what’s in store for tonight’s episode, being a guy who has fun with everything he does, still not feeling like he knows what he’s doing despite the high scores in recent weeks, whether or not he’s optimistic about the NFL Lockout being resolved on time for the start of the new season, his thoughts on opening the season on the road in Baltimore, and if there’s a dance team that he thinks is the team to beat on the show. 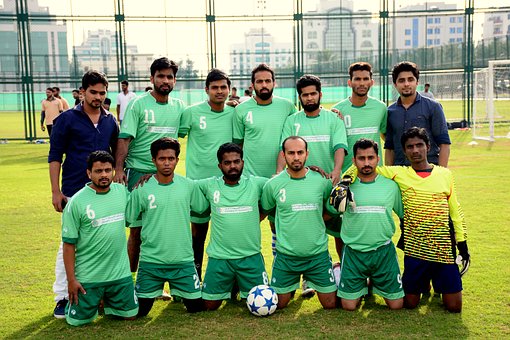 On being the odds on favorite to win it all after the first five weeks of Dancing With The Stars:

“[Laughs]. You know what? I really don’t know what I’m doing. I owe it all to my partner for just teaching me how to dance. I’ve never done a dance routine before, ever. So to get the scores on a consistent level like we’ve been doing is just amazing. So I really owe it all to her.”

On if he agrees with a statement made by Jerry Rice who also competed on DWTS that this is harder than football practice:

“It has, it really has. Because we’re out of our element.  For a lot of football players, we never took dancing class or anything like that. To put in five hours a day, six days a week, this is worse than football practice.”

On looking like he’s having fun with everything he does:

“You know, I am. Like I said, I’m very blessed. I’m blessed to be doing something I dreamed about doing as a child. So why be sad? This world is already crazy. And life is too short to be sad all the time. So for me, I’m really blessed to be doing Dancing With The Stars and making the most of it. If I got eliminated tonight, to me, I feel like I’ve accomplished everything because I never thought I could dance before. So I’m just going out there and having fun. I know I’m very competitive, I want to win every thing. But for me, just going out and dancing my tail off and putting up some great scores, it’s just amazing. So I’ve been having a blast with Dancing With The Stars, and it’s really just kept my mind off the football aspect of it with the lockout and everything, and I’m just going out there and having fun with it each day.”

If he’s at all optimistic about a lockout being resolved in time:

“You know, I do but I don’t. We’re carrying on like there’s going to be a season — the draft, and I think they just came out with the schedule. I don’t know if it’s going to be 18 games, or 16 games, but they left room for two more games if there is an 18-game season. So to be honest with you, a lot of players are up in the air. We’re kind of shrugging our shoulders and kind of don’t really know what’s going on. Because it’s so crazy, with the draft, after they draft these guys, guess what, the coaches can’t even talk to any of them. So it’s like ‘thank you for being a Pittsburgh Steeler, we’ll see you when we see you.’ So they’re still going about business as if the season’s going on, so that’s the encouraging thing. But you know what? It really is a huge question mark with a lot of players. We really don’t know what to expect.”

On starting the season on the road against their primary rival, the Baltimore Ravens:

On if he likes playing all those games in prime time (five more for the Steelers this year) when the tradeoff is varied preparation and travel schedules:

“Of course you like it because it’s prime time — you want to go out there and show the world that you can play. But it takes a toll. A lot of players, they don’t like sitting around waiting in hotel rooms all day. You’d rather just wake up, eat breakfast, and go to the stadium instead of waking up, sitting around all day thinking about the game. There’s a lot of distractions. So for me, I love playing but I hate sitting around waiting. I’d rather just wake up and go out there on the field and play.”

If any of the other dancing teams are competitive with him and Kym:

“You know what? It’s starting to get down to the nit-picking time. There have been some people that have been eliminated, I think there’s seven couples left. So you can just see the extra effort that people are putting into it. So it’s very competitive. Petra, who got eliminated, I mean, she was crying at the end backstage and stuff like that. And you know what? She put her heart and soul into it and unfortunately it didn’t come out the way she wanted. But I’m just proud of all the celebrities just for putting ourselves out there like this. Not too many people have the heart to go out there on national television and do something they’ve never done before, and then get criticized by the judges and by people who watch the show. For me, that’s why I’m so ecstatic. I’ve never done this. So to go out here and put up three 9s last week, I was like ‘wow, that’s crazy!’ So I really don’t know what I’m doing, I’m just blessed to be out there. This week we have the Viennese Waltz — I don’t even know how to spell it, let alone know how to pronounce it. So I guess that’s what I’ll be doing tonight. But I’m just having a blast with it. I’m just taking a different approach, and I’m just having fun with the whole Dancing With The Stars.”

If there’s a team that he’s identified as the biggest threat to win in the competition:

“It’s so weird because the competition is so close, it’s going to come down to the voting I really think. That’s why I’m so big on Steeler Nation and Bulldog Nation and people that enjoy it being that I’m a hometown guy. But you know, Kirstie Alley, she brought John Travolta, and she went on Oprah, she got the Scientology thing behind her — so she’s a major threat on that end. But you know what, the competition is close. But everyone is doing well, so you have to bring your A game every time week in and week out. For us, me and Kym, we’re just trying to finish in the top-three every time and hopefully we end up in the finals.”