Gordon Hayward Leaves Butler for the NBA
by timgunter

This past season, the Butler Bulldogs men’s basketball team had one of the most amazing runs in the NCAA Tournament.  They ended up losing to Duke in the National title game in what was, in my opinion, the most exciting college basketball game that I have seen.  The game came down to a last-second, halfcourt shot attempt by sophomore forward, Gordon Hayward.  He missed the shot as it bounced off the backboard and rolled off the rim in what was his final college game.  Hayward, with the advice and encouragement of family and NBA scouts, has decided to forego his final two years of eligibility and pursue his dream of playing in the NBA. 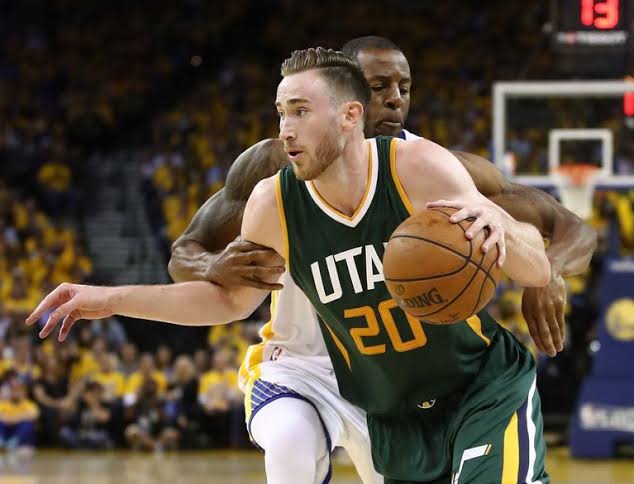 Most analysts have projected him to go somewhere between number ten and twenty, but Hayward isn’t content with that.  He has been working his butt off training trying to improve his stock working on his game and some weak spots in his game.  Many scouts have told him that he needs to work on his outside shot.  As a freshman, his three-point percentage was 44.8%, but last season it dropped to 29.4%.  Despite being 6’9’’, Hayward handles the ball like a point guard and has an ability to get to the rim and make plays.  He led the Bulldogs in scoring and rebounding last year and has a knack for being able to find the open man.  I think Hayward is going to be a good NBA player but he is going to need some time to develop into his full potential. Gordon Hayward joined 1070 The Fan in Indianapolis to talk about how hard it was to decide that he should leave school, the possibility of him playing for the Pacers and whether he was a Pacers fan growing up, and whether he thinks there is a player in the NBA that plays similar to him.

How hard it was to decide that he should leave school:

“I mean it was probably the most difficult decision that I have ever had to make.  You are leaving all of these great people and great things at Butler, my family, my friends and so you are leaving them behind to go follow your dream to play basketball.  It was a tough decision but one that I felt like I had to make.”

His thoughts on being able to spend the Final Four with his friends and family at home in Indianapolis:

“It really was.  It was something that was real special for us and to have that in Indianapolis where Butler is then personally for me since Brownsburg is so close to have all of my friends and family here too.  Like you said, it was magical and real special for all of us.”

On the possibility of him playing for the Pacers and whether he was a Pacers fan growing up:

“No growing up I was definitely a Pacers fan.  I had a Reggie Miller poster on my wall and grew up watching him and going to his games and Rik Smits and all of that.  For me it was growing up always watching the Pacers and had fun watching them.  My favorite team growing up was always the Pacers.”

Whether he thinks there is a player in the NBA that plays similar to him:

“I don’t really know of anyone right now that reminds me.  Growing up I was always tried to play like Steve Nash played just because he got his teammates involved and I was a smaller guy.  I just loved the way that he played and it seemed like he had so much fun out there playing and just got his teammates involved so that is what I tried to do growing up, was trying to be more like him.  I kind of grew little bit so I don’t know if that would still fit me.”
Gordon Hayward on 1070 the Fan in Indy with Eddie White talks about staying in the NBA Draft.