There was a time last year that the Nuggets looked like a legitimate threat to the Lakers in the Western Conference. However, Denver got some terrible news during their season about their Head Coach and their championship hopes took a huge hit. George Karl had to leave the sidelines and enter into  another battle with cancer. After that time the Nuggets stumbled and were handed an early exit from the playoffs at the hands of the Jazz.After much speculation recently, the Nuggets decided not to trade their best player and it looks like for now anyway that Carmelo Anthony will be a Nugget. The Nuggets need Carmelo Anthony if they want to have any shot of taking the Western Conference crown from the defending champs. Not only do they need ‘Melo but they also need George Karl.Heading into once again there are high expectations for the Nuggets and they are as confident as ever. One of the biggest reasons for that is because their future Hall-Of-Fame coach is back on the sidelines.George Karl joined 104.3 the Fan in Denver on the Drive to talk about how tough it was to watch the team last season in the playoffs, what he thinks of the team this season, what is going on with Carmelo Anthony right now, what happened in the meeting he had with ‘Melo, and what the Nuggets have to do to become a championship caliber team. 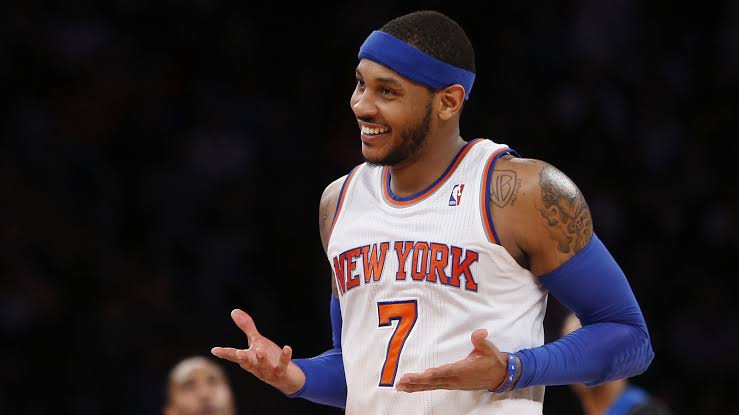 On how tough it was for him to watch the Nuggets in the playoffs last year:

“I’ll be honest with you, there were times I couldn’t watch them because I was so nervous, angst, and have so much anxiety. The way they played sometimes and the things that we let filter into the game and we might’ve had reasons for it, but you always want to win and Utah is a team that we probably have as much of a rivalry with as anybody in our league. (Jerry) Sloan and I have gone against each other like 77 times and I think our record is something like 37-38. It’s just an incredible rivalry and professionally I respect him tremendously but I also like winning against him. Then to play what I thought was ‘B’ or ‘C’ ball, and still have a chance to win that series, that’s what I’m trying to sell to my team. Gentleman, I don’t think anyone had a great year last year or a special season and you still won 53 games. Everybody says they’ve gotten better but I think Ty (Lawson) and Arron (Afflalo) are going to make us better and Al Harrington brings us something that I haven’t had since I’ve been in Denver and that’s a shooting big man.”

On what is going on with Carmelo Anthony:

“I still don’t quite comprehend exactly what’s going on and I don’t know if I want to comprehend what’s going on. Sometimes you get too much information. To me, I would just rather have ‘Melo and I on the same page and I think we are. The other thing is ‘Melo and I talked about if you were gonna be here I want to tell you what I was thinking about telling you. I told him that. I told him you gotta make a commitment to be a great player and make a commitment to make the next step to the next level. You still can make another step. The step I think that needs to be made is on the defensive end of the court and as a leader and a professional leader. Not a leader by voice, but by example and attitude. I said I was planning on having that talk with you, then you throw this in the mix. I’m still gonna have that talk with you. I don’t think you ask anyone that has seen the practices, it has been by far ‘Melo’s best mental camp that we’ve ever had. Has he played great? No, but he’s been a leader, he’s been on the court, we only have 15 guys in camp, and he’s been there every minute of every practice. In general I think he’s played great. I don’t know what’s going to happen, I don’t think I’m an expert in that area, and sometimes I don’t even want to be an expert in that area.”

On what it will take for the Nuggets to be a championship caliber team:

“We have those conversations and we have them a lot, but we also have rules and regulations on salary cap and how much money you can spend and player’s contracts and all that stuff. That’s the stuff I don’t like to mish and mash with. I tell him, what is the chance of this happening. Don’t tell me the gossip of 90 percent that won’t happen. My feeling is we have a good basketball team. I think if we’re healthy we can challenge to be a championship basketball team. Trading ‘Melo, not trading ‘Melo, keeping ‘Melo, letting him be a free agent at the end of the year, I still think if we get value back we will be a damn good basketball team. I told ‘Melo this, I said ‘Melo then for the first time in five years or six years, we have some cap space and we have some flexibility. I don’t know what that means. I just want to coach basketball and don’t want to talk about 10 million dollar players and guys that we trade a bunch of bad contracts for a bunch of bad contracts to make a deal and stuff like that. That drives me crazy. That’s a bad part of our game to be honest with you. I just go out and coach the guys we have. The team I have now is going to win a bunch of basketball games. Now are we going to challenge for a championship and can we beat the Lakers? I’m not ready to go there yet, but I’m gonna tell you we’re not far from it.”