It’s going to be an interesting offseason for the New York Yankees. Despite the fact that new, shiny toys seem to arrive in their proverbial garage each and every free agency period, there’s been a number of mainstays that baseball fans expect to be there in pinstripes come Opening Day each spring. Derek Jeter and Mariano River immediately come to mind. However, both are well past their physical primes and both are likely to be interested in securing one final sizable multi-year contract before calling it a career. Will the Yankees shell out whatever price tag it takes, or will they be somewhat prudent and not over-commit unnecessarily large sums for too many years into the future just to appease the stars and the fan-base that loves to cheer them on? 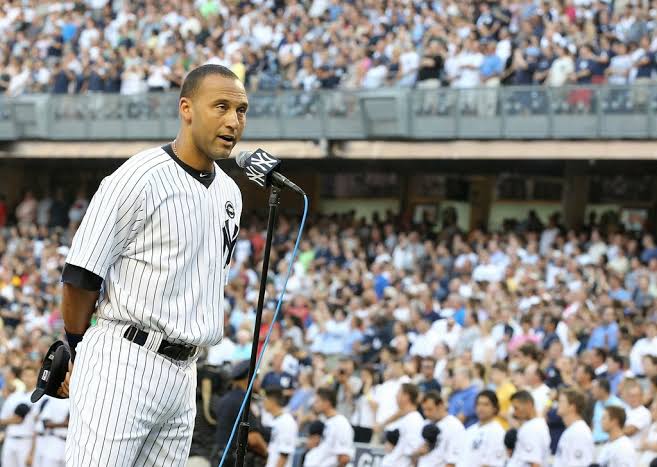 Yankees owner Hal Steinbrenner talked about that subject, as well as his thoughts about the season and organizational expectations in a recent spot on WFAN. And of course, Steinbrenner commented on the recent comments made by Texas Rangers owner Chuck Greenberg about the Yankees’ fan-base stemming from the two team’s recent encounter in the ALCS.Steinbrenner joined Mike Francesca on WFAN in New York to talk about his final thoughts on the 2010 season for the Yankees, the team’s plans for trying to re-sign legendary free agents Derek Jeter and Mariano Rivera, if signing Jeter is an even bigger priority because of how iconic he is to the Yankees brand, his reaction to Rangers’ owner Chuck Greenberg’s disparaging remarks about Yankees’ fans, the conversation he had with Greenberg, and how he and the entire organization expect to be in the World Series every season.

On how he would sum up his thoughts on this past season for the Yankees:

On how high a priority re-signing Derek Jeter and Mariano Rivera are:

“Well look, Derek and Mo, we’re obviously hoping they are life-long Yankees. They’re great leaders,  they’re great Yankees. But having said that, we’re running a business here. So if there’s a deal to be done, it’s going to have to be a deal that both sides are happy with, and I’ve said that before. So how long that takes may be frustrating to the fans, maybe it won’t. But we definitely want them back. obviously there’s no doubt about that.”

On if there’s extra interest in re-signing Jeter because of how much he’s meant to the organization and Yankees brand:

“Well look, like I said, he’s one of the greatest Yankees of all time, no doubt about it. But at the same time, I’m running a business. I have responsibilities. Hank and I are responsible to our partners, so on and so forth. So we have to remain somewhat objective, and we’re going to do that. I want to get a deal done that he’s happy with, and that I’m happy with.”

On Chuck Greenberg’s disparaging comments about the Yankees’ fanbase:

“Well we found out about it when news broke, we were in these meetings. Completely inappropriate, ridiculous, our fans are the greatest in the world, and we were somewhat shocked, but also angry, as all of you were. So we got on the phone with the commissioner’s office and told them we’re absolutely going to respond, and in an aggressive way. We agreed to wait until after the game so as not to disturb the series. But the bottom line is within an hour of the news breaking, Chuck was reaching out to us, and I had a conversation with him a few hours before the game started, and he’ll be the first one to admit his statements were, just as I said, ridiculous if not stupid. He apologized in what I think was a sincere way. I’m only talking to him over the phone, but I definitely feel he was sincere about that. But what we told him was it’s great you’re apologizing to us, you need to apologize to the fans. They’re the ones you’ve wronged. There’s just no excuse for it. So he did. Now it’s going to be up to each individual fan I guess to read his statement and find it sincere or not sincere. But that’s kind of where we are.”

On if there was any specific incident from the ALCS that corroborates Greenberg’s statements about the Yankees’ fans in attendance:

“There was no major incident that required 20 security guards, no.”

On what the expectations are for the Yankees each year – is it World Series or complete bust each and every year?

“We expect to be in the final round. If I were to break it into stages, that would be stage one. We expect stage one to be in the World Series, and we expect stage two to win it. But I think winning the American League is something we absolutely expect every year, and being in the championship, being competitive, and then eventually winning it is something we certainly expect as well.”

On if there’s nothing to be proud about making the playoffs simply:

“Well it’s certainly better than two years ago and not making the playoffs at all. I’m certainly proud of a lot of things we accomplished this year, no doubt about it. I think right now Mike I might be a little bit too raw after a week and a half, you know what I mean. But a few months from now as I look back, who knows? But I can just tell you next year, for sure we’re going to field a championship caliber team, and we’re going to expect, just as the players and coaches expect, to be there in the end.”

Listen here to Steinbrenner on WFAN in NY with Mike Francesa