I can respect that Los Angeles Dodgers owner Frank McCourt has kept quiet about his situations up to this point at the request of his sons. I can respect that he’s now trying to defend some of the allegations that have come up over the last 18 months. But after listening to the following interview, I just can’t see how the embattled owner is going to win anyone back.McCourt spends half an hour taking questions from hosts and fans about everything from his ongoing divorce, the ongoing battle with Major League Baseball and the long-term outlook for the franchise. Still, in all of that, he dances around most of the questions, instead rambling about the franchise’s success before last year, how he has changed himself and his lifestyle and what has happened with some of his finances.Some of the answers are downright laughable. And those that seem sincere are still very hard to believe. It’s clear Frant McCourt has a long way to go.Frank McCourt joined ESPN Radio Los Angeles with Mason and Ireland to discuss losing the trust of fans, his biggest mistakes, the need for a $30 million loan, his divorce and if he’s close to reaching a settlement, the long-term outlook for the team’s payroll, if and why he took $127 million of the team’s earnings for personal use, living beyond his means in L.A., whether he’ll consider selling the team and if he believes he’ll be the owner next season. 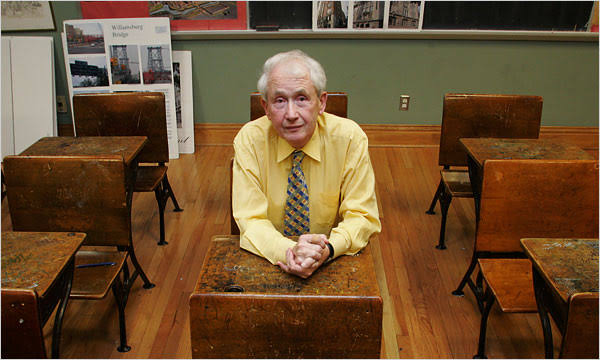 Why does he think he has lost the trust of the fans, most of whom want him gone?:

“Yeah, I’m aware of it to a degree. Hey, if the stuff that was written about me was true, I wouldn’t trust me, either, guys. Let’s call it like it is. I think it exists simply because, though I’ve talked to you guys in the time I’ve been in L.A., I haven’t talked to you in the last 18 months. You noticed that and others have noticed that. The reason that I haven’t spoken out in the last 18 months is that when I issued that statement back in October of ’09, when I got separated, I said I wasn’t going to speak publicly and I did that because my boys asked me and their mother not to. … Recently they came to me and said, ‘Dad, it’s time to speak out and defend yourself.’”

What has been his biggest mistake?:

“Results-wise, up until last year, we were doing pretty darn well. I think we fixed the franchise off the field and we were certainly having the best results that the franchise has had in a long time on the field. But last year was a horrible year. It was like a perfect storm in terms of my own personal situation and we were coming off of a horrendous economy and the team didn’t perform. It was awful. I understand in sports people want to see their team compete and win every single game. … The fact of the matter is, there are mistakes that I’ve made and I’ve learned from those mistakes. My focus right now is on this team and that’s it.”

What happened to all of his money from the previous years that he needed to take out a $30 million loan?:

“Part of baseball is having to put together a budget every year and have a five-year plan and take a look at things over the course of a five- or seven-year look. We did that and in our budgeting process, we knew that 2011, there was going to be capital requirements that the business had. … It wasn’t something that we just came up with a realization a week or two ago that this was the case. We sat down with Major League Baseball back in May of 2010 and laid out our long-term plan and received their blessing. … This is not a new revelation or what happened to the money? … We’ve been working on this Fox transaction since November. We had intended that it get closed by the end of December. If it had, all of this drama would have been avoided. For whatever reason, baseball has not signed off on it. … The only thing that’s creating a financial pressure is the lack of MLB’s approval on this deal.”

What would he say to fans who believe he’s receiving poetic justice?:

“I have a lot of work to do to get you back into the ballpark and that’s what I’m going to do. … I can’t help whether you like me or not. … Basically, I’m a fan, I love the game, I’m very, very competitive, I’m very committed to seeing this team be the team that you want to support. I appreciate your criticism and I’ll take your criticism.”

What if baseball checks him out, allows the Fox deal and reinstates him, isn’t there still a chance he could lose half his net worth and it would all be a wash?:

“You’re talking about a lot of hypotheticals here. The reason why the Fox deal is so important is because it makes the team completely bulletproof. It makes the team financially stable both in the short term and in the long term, regardless of who owns it. Secondly, all of this stuff with Jamie, we’ve got to take the divorce sort of out of the conversation. … Whether or not the team is more valuable and if she wins, she gets more of it, that isn’t the concern. The concern is making sure that the Dodgers have the resources to compete.”

How close is he to a settlement in the divorce?:

After promising, when he first bought the team, that payroll would be in the top fourth of all MLB teams, where does he see payroll going in the long-term?:

“What we needed to do is get this Fox transaction closed. What that does is it provides the resources for this team to go ahead and sign the players that we need to sign and to sign some of the guys that we brought up through our system to long-term deals. We have had a philosophy recently to stay shorter term. I agree with you that we need to pick the guys that we’re going to go with to the next phase.”

Addressing reports that he took $127 million of Dodgers revenue and put it to personal use:

“That’s what I was talking about earlier when I said that the problem with me not speaking out over the last 18 months is that information like you just put out there, people repeat it enough and they suddenly believe it’s real. The first answer to your question is that it’s not true. So that’s number one, it’s just not true. Let me tell you what did happen. During the seven years, 2004-2010, approximately $100 million was, if you tally it all up, went to me and my wife, if you add it all up. … That was made up of $5 million per year that went to me from my overall business. It wasn’t from the Dodgers, but it was from my overall businesses. … $2 million per year went to my wife while she was president of the Dodgers. … That’s half of the $100 million. The other $50 million of that $100 million was a loan taken out on real estate, again, not from the team at all. And it’s a loan that has to be paid back. … The only money that came from the Dodgers during that seven-year period was the salary to Jamie. … This notion that there was this big amount of money that was taken out so we couldn’t sign a player or something like that is just not true.”

Did he come to L.A. and start living beyond his means?:

“I think what’s fair is that it became an excessive lifestyle. It was not sustainable. It was unhealthy. Since this all started and, unfortunately, my marriage broke up, I’m living in a one-bedroom place. It’s in a nice hotel, I’m not complaining. I’m happy, other than all this drama in my life. … I don’t need a lot of houses. I don’t need these things. This has been great for me because before I came to L.A., I didn’t have all this stuff. … I’ve made a lifestyle decision and it’s not to live that way anymore.”

If he can make a profit selling the team and the fans get a new owner, it seems like a win-win. Would he consider that?:

“There’s no question that if I sold the team that I would sell it for a lot more money than I paid for it. It would be a big profit. But I’m not here for a big profit, I’m here for the reasons I said I was here from the day I arrived. Did I get moved sideways a little bit? Yes, I did. Am I responsible for that? Yes, I am. Am I sorry about that? Yes, I am. … The easy decision for me is to take the money and run. I’m not going to make the easy decision.”

What are the odds that he’s the owner at the beginning of next season?:

“I think very high and that’s what my goal is and that’s why I’m talking to you guys. I own the team. I put my hard-earned money into this team and nobody else’s. I’ve worked hard my whole life to earn the money to buy this club. … It’s something like you read about in Russia or somewhere where somebody comes in and decides they’re going to take somebody’s property. … That’s not how we operate here. If there’s information that baseball wants, we’re an open book.