When you taste some success over a matter of years in the NFL, but struggle in the postseason, the pressure when you get there becomes stronger and stronger — at least from the outside looking in. Such is the case for the NFC’s top seed this year, the Atlanta Falcons. They’re looking to shake off their lack of playoff success in recent years this Sunday when they host the Seattle Seahawks, though linebacker Sean Weatherspoon is looking at the game as more of an opportunity than as a pressure situation.Sean Weatherspoon joined 790 The Zone in Atlanta with Archer and Bell to discuss slowing down the Seattle Seahawks, squaring off with Russell Wilson, having the week off last week, the difference in preparation for this game and why he isn’t necessarily feeling the outside pressure being placed on the Falcons. 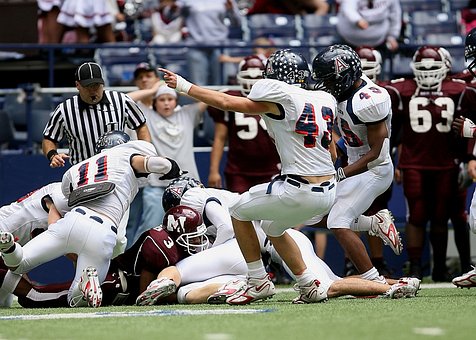 What is the main point of emphasis when trying to stop Russell Wilson, Marshawn Lynch and the Seattle Seahawks?:

“I think it starts with stopping the run, securing your gaps and make sure you tackle and tackle well. Marshawn, he’s broke a lot of tackles this season, the quarterback is elusive, so the key will be just wrapping guys up and getting them down to the ground. That’ll help us … to get in those third-and-longer situations where we feel like we can be more effective.”

You knocked RG3 out of the game against Washington. Do you blitz a guy like Wilson or play assignment football?:

“I think you have to mix it up. You want to show him a lot of different looks and you obviously want to come at him when you can. I think when we can get into those situations when it’s third and a little bit longer, where we can pull out some of the cool Mike Nolan blitz packages, I think that’s something that we can do a little bit more if we stop the run early.”

How big was the week off?:

What’s the biggest difference to you in how you guys are preparing in what is now a third year in a row in the playoffs?:

“Last time we were in this situation, where we had the bye, we maybe had two practices. I didn’t take it as seriously. … I didn’t understand why we were practicing. But this year I think everybody gets it. … Now that we have our opponent and this game coming up, it’s all about just going out there and being a physical football team.”

How do you and your teammates handle the outside pressure being put on you based on previous lack of success in the postseason?: