It’s too bad that the ‘big uglies’ (aka offensive linemen) don’t get more air time because they quite often make for outstanding interviews. Should that be a surprise though? I mean, everybody knows that offensive linemen are some of the smartest guys in the NFL.  The cognitive demands in the trenches of the NFL are that tough and the consequences so great that offensive linemen pretty much have no chance to earn a paycheck if they aren’t inherently bright, or at worst, quick and eager learners. Throw in the fact that it’s a treat for them to get to media attention and I can see why I’m so often left impressed, informed and entertained by the radio interviews conducted by what look like the most oafish and unseemly men on the field.Anyway, to Eric Winston, offensive tackle for the Houston Texans. Winston’s an avid Twitter user, has not been shy about sharing his views on the CBA negotiations still being waged between the league’s owners and the NFLPA, and all in all is just a very well spoken and reasonable dude that you’ll likely find yourself nodding your head in agreement with on most things. Ah, almost forgot. One of his teammates, Kareem Jackson is in the news for not being able to keep his mouth shut about his experiences with cockfighting while out of the country on vacation recently. 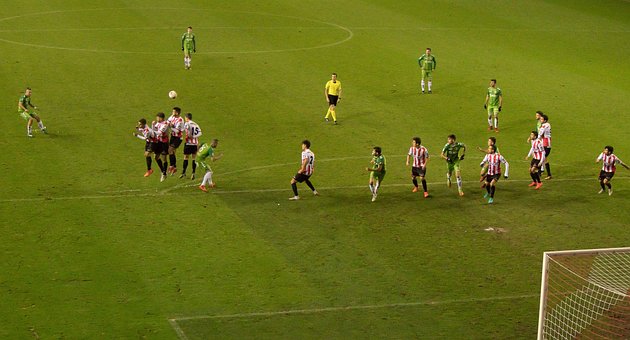 Winston joined KILT in Houston to talk about the dilemma Kareem Jackson faces for talking on Twitter about his experiences with cockfighting while abroad, how he himself shared some controversial and opinionated feelings on Twitter not too long ago about the state of CBA negotiations, how he has personally been asked by Texans’ front office executives to be careful with what he shares on Twitter, whether he thinks the NFL or Texans organization will discipline Jackson, how he thinks there’s legitimately arguments to be made for both outcomes, the Texans’ offseason moves to date — most notably the decision not to tender restricted free agent defensive back Bernard Pollard — and how personnel decisions like that are usually less of an indictment of the actual player than they are a reflection of changes in scheme trying to be implemented. Winston also takes a few phone calls and launches into a lengthy chat about Harry Carray, baseball, imbibing broadcasters, and other fun topics in the lengthy segment.

On what he thinks of Kareem Jackson’s recent tweets about cockfighting:

“Well you know, obviously it’s not the best of situations. I think he probably didn’t realize the power of Twitter. I think a lot of guys are starting to figure that out and it’s a rude awakening. I know I have at times probably said things on there that I shouldn’t have, and it comes back and you’re like wow, I didn’t realize that it goes out there that fast. I think guys have to understand that if you wouldn’t say it or do it in front of a reporter, then you shouldn’t do it. Because it’s the same thing. Every reporter and every radio show guy are following all the local guys, if not national guys.”

On his tweets a few weeks back after the NFL and the NFLPA cut off its negotiations:

“No I’m not worried about that at all. I meant that and I’d still say it. That’s other things. Actually, when I first got on Twitter, that was the thing that….I said something and then I got a call from a reporter like 30 minutes later. ‘Hey what did you mean by that?’ And you’re like ‘uh oh.  Now I’m really starting to figure this thing out.’”

If he’s ever gotten called in by the Texans front office about his use of Twitter:

Whether he thinks the NFL or the Texans will discipline Jackson for his actions:

“I have no opinion on what the league or team will say. Not because…I mean, you can make a case for and against it. I mean, he was in a foreign land where it’s legal. Now, is it good publicity for yourself? No. But I’m talking about legally, can the league come down and say you’re in violation of the league conduct policy. Commissioner Goodell can interpret it any way he wants, and that’s half the problem with the policy. But that’s neither here nor there.  But what are the Texans supposed to say? Obviously it’s not good judgment, but you want to come down on someone like that, he’s on vacation in a place where that’s perfectly legal and who are we to say that you shouldn’t be doing that or not.”

On the Texans’ offseason moves, most notably the decision not to retain restricted free agent Bernard Pollard:

“You know, that’s the unfortunate part of the NFL. No matter if you’re 16-0 or 0-16, you’re going to have a different team every year. There’s going to be different guys, you’re going to have free agency. I think it’s a chance for him to go maybe sign a decent deal with somebody and go get some money. You know, that’s not necessarily a bad thing that we didn’t tender him or we’re not going to re-sign him. And that’s another thing too. He just becomes a free agent. Maybe the team didn’t want to tender him but are interested in doing a deal. I don’t know. I don’t know the aspects of that. Because a lot of people are saying if you don’t tender him that means there’s no way you’re going to re-sign him. Not true. But at the same time, obviously if we were probably going to re-sign him, we probably would have tendered him.”
If he’d agree that it might be smart to keep a veteran like Pollard around in the event that a lockout shortens the amount of preparation time

NFL teams have before the start of the 2011 season:

“It’s always hard to tell what’s going to happen with this labor issue. I think that’s throwing a ton of things into question. If it wasn’t for that, we wouldn’t be having this conversation, we’d be like ‘oh, we’ve got to go find another guy.’ But you know, those are all legitimate questions that are going to have to be answered at some point, but obviously they feel they can go out and find someone who’s a better fit for the new defense. And I think some other guys are probably going to fall by the wayside from that just because it’s a new defense. They’re looking for different attributes than they were when they brought them in. And for whatever reason, they felt they would be best off with Bernard not being a part of this defense. And I’m not saying we’re going to be better or worse off for it, it’s just the nature of this business. You can’t keep everybody that you want and sometimes there’s just fits that guys….hey, look at the Packers. They let Aaron Kampman go. Aaron Kampman was one of their all time leading rushers really. If you look at statistics, it’s impressive what he put up. But you know what, he didn’t fit in that 3-4 anymore and they let him go. And that’s just the way it is sometimes.”