Eric Berry On Returning From Torn ACL: “This Was Like My Rookie Year All Over Again”

It’s been a trying season for the Kansas City Chiefs, who have been comically sloppy from the beginning of the year despite relatively high expectations. The 1-7 Chiefs, who haven’t led in regulation all season, made some big changes after their latest loss, and now enter tonight’s game against Pittsburgh with cornerback Stanford Routt off the roster following a surprising release and Gary Gibbs running the defense after head coach Romeo Crennel gave up that duty.Eric Berry joined Soren Petro on WHB in Kansas City to discuss what’s gone wrong this year with the Chiefs, what he thinks they have to do to improve, the recent changes affecting the Chiefs’ defense and how he’s been able to shake off the rust upon returning from a torn ACL. 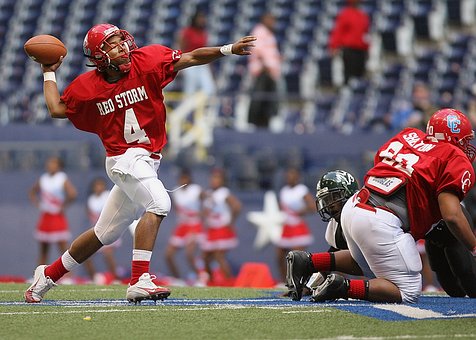 On if he knows what’s gone wrong this season for the Chiefs:

“Not really, but right now we’re just focused on turning the season around and doing what we need to do to get Kansas City back to where it needs to be. As far as putting my finger on it, no I do not know, but I just know what we’re going to do.”

On what he thinks they have to do to correct things:

“Just hold ourselves more accountable and just being in-tune to what’s going on. And I think the guys are really focused on doing what we need to do and just helping each other out in certain situations. Right now we’ve got it moving in the right direction and we’re going to keep working towards that.”

On Romeo Crennel handing the defense over to Gary Gibbs:

“It really hasn’t changed that much. But at the same time, Coach Gibbs has stepped up to the plate, and he’s been working really hard to get us prepared for this game. We’re going to play for Coach Gibbs just like we played for [Crennel].”

“I wasn’t expecting it, but coach felt like that was what he needed to do for his reasons, and we just have to go with it. Keep moving forward.”

On how close he is to being back to where he was before suffering a devastating knee injury early.

“I’m very close. I’ve been there, I just had to get that game experience back up under my belt. A lot of people don’t realize when you have a knee injury, that you’re away from the game for a whole year. You might be back there physically or mentally, but at the same time, this was like my rookie year all over again because I lost all my game experience. So right now I’m very pleased with where I’m at right now, so I’m excited to finish the season out strong.”