It’s been a strange year for Dwight Freeney. His long-time quarterback left for the Denver Broncos, a new prodigal quarterback is running the show, he’s been moved from defensive end to outside linebacker in a completely new system, and now his brand-new head coach has been diagnosed with Leukemia. But from that came a memorable experience Sunday, when the Colts came back from a double-digit deficit to beat the Packers at home in their first game without Chuck Pagano, who has begun cancer treatment.Dwight Freeney joined Petros and Money on Fox Sports Radio to discuss the transition from defensive end to outside linebacker, the team constantly changing, Sunday’s emotional victory, rookie quarterback Andrew Luck and how difficult it is to be a defensive player in this league nowadays. 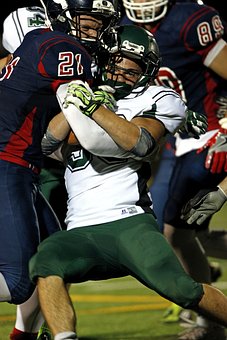 On being told late in his career that he’d have to transition from defensive end to outside linebacker:

“It’s OK. … Football is football, and it’s all about, ‘Who has the ball? Go get him.’ Basically after that it’s all said and done. Yeah, I played defensive end for 10 years and it’s been great. … If this gives me a couple more opportunities to make some plays and be more effective, I’m all for it. It’s all about team, and helping this team out.”

On the team always changing, even in the Peyton Manning years:

“Every year, year-in and year-out, it’s never the same team. Regardless if Peyton’s there, Peyton’s not, Reggie’s there, Marvin’s there. That team changes just a little bit year after year. We all understand that and we all understand the nature of our business. Sometimes it’s not for long, and some times it’s a rotating door. We’ve been lucky in Indianapolis, so for me it’s just been, really, do the same thing I’ve always done.”

On the comeback victory over Green Bay with head coach Chuck Pagano in the hospital fighting cancer:

“Obviously it was a very special game. Anyone that tells you that was just a regular game, they’re lying. It had a little something else to it, just because of what was at stake. You had Chuck, who is our leader — he went down with Leukemia and he’s fighting that battle. And we got off that bye week charged up to play Green Bay and thinking our leader was going to be with us. And we come out of the first meeting, we hear that he’s fighting cancer. And so obviously it has been an emotional week, and that game was obviously very emotional. And for us to hang in and fight to the end, it really meant a lot.”

“There’s two big things. One, he’s a hard worker. But he’s humble, and he understands that he doesn’t know everything and he wants to come in early, he learns from all the vets and the coaches that have been here for a long time.  And you come in with the right attitude and you work hard like he has and you have the tools like he does, sky’s the limit.”

On if it’s hard to play defense with the way the game is now officiated:

“Absolutely. It really is, to be honest with you. This game is a violent game, no matter how you want to [spruce] it up and put some bows on it and this, that and the other. You can’t hit a guy here, you can’t hit a guy there. I think something needs to be done as far as malicious hits and hits that are accidental and you’re just trying to make a play. I think you can definitely tell the difference between the two. And I also believe that defensive players need to be protected the same ways. You protect one side, protect the other side. So how about taking out cut blocks? I’m sure cut blocks from offensive line, from a statistics standpoint, you can probably find that they have more injuries are caused from them than anything else.”