Derek Fisher: Recent Negotiations Were Not a Waste of Time
by Eric Schmoldt

Surprise, surprise: The NBA lockout has arrived. Obviously, this was not a surprise at all, as it’s pretty much what everybody has been expecting for months. With that in mind, it begs the question of whether the negotiations of the past couple of months were even productive or if they were just a great big waste of time. Los Angeles Lakers guard Derek Fisher, the president of the NBA Player’s Association president, is here to say those meetings were not a waste of time. In his eyes, whether there was any tangible evidence pointing to progress or not — the latter of which seems to be the case — just the simple fact that the two sides spent time together hashing out their differences was progress.If that’s the case, it’s hard to see this ending anytime soon, which means we get to deal with two major professional sports now in the midst of a lockout. I wish I could simply say, ‘Wake me when it’s over.’Derek Fisher joined ESPN Los Angeles with John Ireland and Mark Willard to discuss if the time in the last month or so was used wisely, whether there has been any progress, how he explains to fans why the players turned down a proposal by the owners, the Catch 22 of long, lucrative contracts for NBA veterans and what he’ll do during the offseason if the lockout drags on. 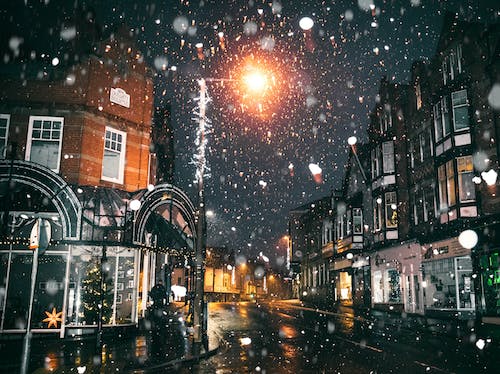 Even though the two sides couldn’t reach an agreement, was the time spent the last month or so used wisely and are you optimistic going ahead?:

“Yeah of course. When you’re trying to solve as big of a problem as we’re trying to solve, the more time you spend at it the better. Even if you don’t make considerable amounts of progress or measurable progress, there’s still a lot that happens in our meetings that I think has laid the groundwork for the continuation of the process. That’s what we’ll focus on, still trying to get a fair deal done over the course of the summer.”

Has there been any progress in the last month or so?:

“Like I just stated, progress is made the more times you have the opportunity to sit down and work with each other. Progress isn’t always similar to the game of basketball. … Trying to just tell how somebody played based on their stats or how many points they scored isn’t always the true value of that person’s game. In this process, just because we don’t have a deal done right now, doesn’t mean the months that we’ve put into this process prior to now have been wasted.”

What do you say to fans who want to know why the players wouldn’t accept a $2 million guarantee, which would be a small cut but would still leave them the highest-paid union in professional sports?:

“It’s tough to respond in a vacuum. … Our position would still remain the same in terms of it’s not always just the economics, it’s the system within how those economics fall. The difference between being guaranteed a certain amount of pay but under a certain system, players aren’t guaranteed that amount of money individually. On a collective it’s one thing and on an individual basis it’s another. The amount of money that players make in the NBA or in most professional sports situations is always tied to the revenue that the sport is bringing in. … Players’ salaries don’t just increase to this arbitrary, astronomical level without the revenues matching that growth. … It’s not so much just the number. If you look at the 10-year deal that they are proposing, there isn’t an industry in the world that would agree to a 10-year wage freeze.”

Can the players agree that something needs to change in terms of players on the bench making big bucks with long contracts?:

“It depends on how you look at that, what your perspective is on players sitting on the bench and having a particular contract or certain amount of money that they’re owed. At some point, the contract that player signed, a team on some level felt that he was worth that amount at some point and maybe there was a coaching change or a management change or something that changed that player’s value to that team. So, is that just because the players can’t perform anymore, physically, or is it about a change in coaching style or management style. … In reality, there are very few of those compared to the other scenario where you have players like a Derrick Rose or Kevin Durant, guys that come in and in those first three, four or five years, far outpace what they’re being paid initially in their rookie contracts. It cuts both ways.”

How will you prepare for next season if this lockout drags on?:

“I don’t think individually your offseason regiment changes very much. … Those things wouldn’t change very much at all. If the lockout goes into training camp and preseason, regular season, then those scenarios of a group or a team deciding to get together for some informal workouts and things of that magnitude could be a good thing. But it’s also uncharted waters. … Fans, at its most basic level, need to understand what the owners are asking players to do and asking fans to accept the fact that if we agree to the deal that’s on the table right now, then other than Kobe and Pau and maybe Lamar, then you can kiss everybody else goodbye, because in a hard-salary-cap system, teams would not be able to afford more than two max or top players and then maybe a third guy who is earning a good deal. Everybody else would be on partially or non-guaranteed contracts.”