After a 3-0 start to the season and a statement win over New England last week, the Bills went into Cincinnati this weekend looking to remain undefeated and tie their amount of wins from all of last season. There was no emotional letdown for the Bills and they stormed out to a 17-3 halftime lead. Unfortunately in the second half, Buffalo looked less like the team that beat New England a week ago and more like the team that finished with just four wins The Bills squandered their halftime lead, gave up 20 points in the second half, and suffered their first loss of the season against the Bengals. Sometimes the mark of a good team in the NFL is how they rebound and respond in the face of adversity. That will be the challenge for this young Bills team.Drayton Florence joined WGR in Buffalo on the Howard Simon Show to talk about what happened in the game against the Bengals, what changed in the second half of the game against Cincinnati, what he has seen on film from the game against the Bengals, if he thinks the Bills defense is better than it was a year ago, and if he thinks the poor officiating played a part in their loss. 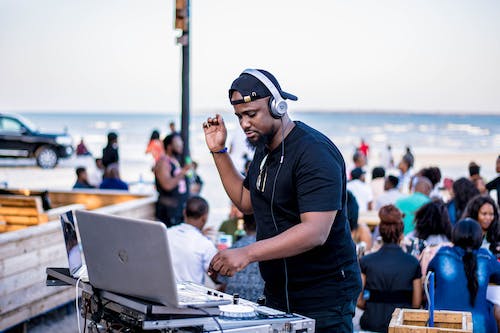 What happened in the game against the Bengals:

“Man we go in at halftime up with the lead and we come out and we have to be able to sustain leads that we have and be able to close games out. We weren’t able to do that yesterday and we suffered a tough loss in Cincinnati by not being able to do that.”

What changed in the second half of the game against Cincinnati:

What he has seen on film that contributed to the 20 points given up in the second half:

“I watched the game twice already and the thing that I saw, there were a lot of missed tackles in the second half, a lot of plays we didn’t make that we coulda made, and got off the field. Third downs that we didn’t make. It’s just like anything else, you look at the film, you correct your mistakes, and you move on. It’s more of we beat ourselves than they beat us. It’s a tough loss, we gotta get over it, and move on. It’s a game we shoulda won. It’s good to have a loss early. Obviously you don’t want to lose any games, but it’s good for us to have a loss early to get us refocused and regrouped. One game isn’t going to determine our season, just like three wins isn’t going to determine our season. This week is gonna be a great opportunity for us to go back and refocus and regroup. Come out and have a good game against Philly.”

If he thinks the defense is better than it was a year ago:

“We’re three and one right now so obviously we’re better than last year. We’re making a lot more plays on defense. We gave up a lot of yards in those first three games. Last game we gave up a lot of yards, but when it all boils down to it we wanna just win. We want to get that ‘W’ in the win column and not get those ‘l’s.’ Obviously we want to go out and hold them to the least amount of yards as we can, but when you realistically look at it those guys get paid too, those guys get paid to make plays and we just didn’t come up where we needed to yesterday, make those key plays and get ourselves off the field on third down and give our offense chances to get the ball back and go down and score. We have to look at this film, correct our mistakes, and move on.”

Whether or not the officiating played a part in the loss:

“It’s easy to say that. There were a lot of calls in that game that didn’t go our way but when you’re 3 and 0 and go into a place like that you gotta make it obvious. You gotta go ahead and beat the refs, beat the team, and you just gotta take everything out of the game and not make it close. We weren’t able to do that yesterday. We went into halftime with a lead and the good teams close those games out. I thought we were to the point where everything that happened last year we would be able to go into a road game and be up at halftime and be able to sustain a lead and close it out and we weren’t. Everyone is talking about that third down call with Stevie (Johnson), but if we handle our business and not make it close then no one is even talking about that call. No one is to blame except for us. That’s how we have to take it, that’s how we have to move on. That’s how the good teams move on and get better.”