On paper it appears that the St. Louis Rams, at 3-5, have little chance of upsetting the 6-2 San Francisco 49ers on the road. But the Rams come off the bye week looking to start the second half off on the winning track.In order to have a chance on Sunday, the Rams must put pressure on Niners quarterback Alex Smith. Enter Chris Long. The former Virginia defensive end has 13 tackles and four sacks this season. He feels the Rams have been sparked by Jeff Fisher as he looks to improve his play each week.Chris Long joined 95.7 The Game in San Francisco with The Rise Guys to discuss the challenge of facing the San Francisco 49ers twice a season, Jeff Fisher bringing a winning mentality to the St. Louis Rams organization, being critical of his own play this season and growing up as the son of Howie Long. 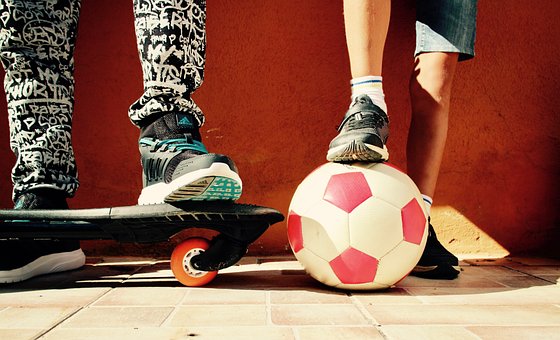 What kind of a challenge is it going up against the 49ers?:

“I’ve been playing against these guys for a few years. I always enjoy playing the 49ers because I respect the guys on that team and they’re a good football team and they are well-coached. They’ve got a good coach. They have a physical mindset and they are a team that kind of revolves around that power running game, and their offensive line is a big part of that, and Frank Gore is an integral part of that. Their running game goes through their offensive line. It’s a big challenge. You just gotta try to get them in a third-down situation and try to rush the passer.”

How much has Jeff Fisher meant to you guys?:

“Well, having Coach Fisher changed things immediately. We’re a team that hasn’t been accustomed to winning, so you need that confidence spark that Coach Fisher brings, and all his coaches he brings along with him have that. I think we really put together a great staff and it helps to have that kind of guidance and that kind of tone set every day with people that know how to win. It’s a good job of him setting a mindset in young players, and that’s what we have is a lot of young players, and even some of our older players maybe haven’t won as much in this league, but you bring in a bunch of people with a little bit of experience and it’s contagious.”

You’ve been critical of your play. What is your problem with your own play?:

“I am just forthright in assessing myself in the media. I think I’m playing good ball. I played good ball last year. I had one game where I was really disgusted with my play. It wasn’t effort or anything like that, I just didn’t play the way I wanted to play and it was very disappointing. But I was always quick to point out last year the stats on everything. The stats were really good. I certainly fell into some of my sacks last year and this year I probably missed four or five of them. Everybody always wants to put the weight on that number. I’m just real honest about the way I am playing. I don’t want to lie to the media. I think I am playing good ball, outstanding ball. … I’ve worked and prepared as hard and harder than ever in my career and I’ll just continue to grind away.”

What was it like growing up watching your father be a great player and now you are doing it?:

“Growing up watching my dad play, sometimes I didn’t really understand the magnitude of what was going on ’cause my dad always tried to hammer home that he wasn’t anything special. He’s just my dad and football just happened to be what he does, and as a kid I just took his word for it. I knew he played football on Sundays. I didn’t know how big of a deal it was. It wasn’t until I was older I was able to step back and say, ‘Hey, he was a hell of a player.’ I always knew he was a hell of a guy, but as a player he was just amazing, too. For me, football just kind of happened. I didn’t necessarily always plan on playing in the NFL, but when I started realizing I was going to be good enough, I just made the commitment to work as hard as I could and, hey, he’s a Hall of Famer. I will be probably never match up to that, but I’m working as hard as I can and enjoying it.”