Chris Kluwe on Homophobia in the NFL: “You’re Talking About a Problem Here that is Not Going to Change Overnight.”

Brendon Ayanbadejo. Scott Fujita. Connor Barwin. Domonique Foxworth. These NFL players have come out and tried to tackle the issue of homophobia in the NFL. The NFLPA is trying to do more to end homophobia in the NFL after Michigan standout Denard Robinson said he was asked about girls at the NFL Scouting Combine.Chris Kluwe is another NFL player who’s been active in the media about ending the issue of having gay players in the locker room. The Vikings punter has no issue with playing alongside a gay player and wants to give gay players a support base to feel comfortable.Chris Kluwe joined WNST in Baltimore with Glenn Clark to discuss homophobia being an issue in NFL locker rooms, the Vikings hypothetically drafting a gay player, football being a microcosm of society as a whole, gay players in the NFL being afraid to come out and when the NFL will move past the homophobia issue. 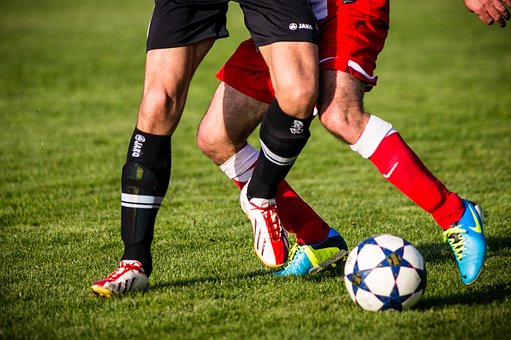 Would you agree that homophobia is still a very big issue in NFL locker rooms?

“It’s definitely still a very big issue. You’re talking about a problem here that is not going to change overnight. It’s not going to change in a year or two years or five years. This is a generational issue. We are still dealing with the effects of discrimination and racism and that happened 50-150 years ago. These are huge societal problems that take time to resolve. What we can do is hasten that process by saying, ‘Look, it’s OK. This stuff is OK and if you hold the opposite opinion, well, history has shown that that’s not the right opinion to hold because you are taking away someone’s freedom.’”

Hypothetically what happens if the Vikings drafted a player and he admitted he was gay? What do you think would happen in that first day of mini camp?

“It would be interesting. There would probably be some quiet conversations between guys in the locker room — kind of the side, long glances where they are not really sure how to deal with it. I think once we started practicing and playing football, then at that point it becomes, ‘OK, what can you do on the field?’ And then I think if any guys had a problem with it, I’d hope they’d come to me or someone else and we’d be able to talk about it and just examine that, ‘OK, why do you have a problem with a gay player playing in the NFL? Are you scared that he’s going to look at you in the shower room? Well, that’s not going to happen because you played with gay players before and they didn’t say so and it hasn’t been a problem before, so it won’t be a problem now. And if it is? That’s sexual harassment, and file a lawsuit.’ That’s what happens in the workplace.”

From your standpoint, do you believe that having a gay player in the NFL would be an issue for a day and then people would move past it?

“Yeah, and that exact historically parallel you can draw is the breaking down of segregation in baseball and football as well. When black players were allowed in the locker room everyone thought it was going to be cats raining dogs and Republican voting Democrat and mass hysteria. As it turns out, it was, ‘OK these guys can play.’ It was, ‘OK, not a big deal,’ and, ‘OK, let’s go play the game,’ and now no one even questions the fact that there are both white and black players in football. There’s Chinese players playing football and there’s Mexican players playing football. All that matters is can you play the game.”

Why do you think it’s taken so long to have a gay player in the NFL?

“Well, just because of the risk it would have affecting your earnings is so heightened in the NFL as compared to other jobs, because you look at the average NFL career and it’s about three to three and a half years, and when you think about how hard it is to get to this point it’s like one percent of one percent that actually make it to the NFL and will play in the league. And you ask yourself, ‘How can I risk losing that for something that I can just put off for three years and I’ll make my money and afterwards I can go on and live my life?’ Unfortunately that’s a decision a lot of guys have made because it’s really hard to risk that. That’s not a decision someone should have to make. Someone should be allowed to say, ‘This is who I am.’”

Do you feel that the NFL is right on the precipice of solving the homophobia issue or a few years away?

“I think we are close to the verge of having the players be comfortable enough and open enough to admit that they are gay while they are playing. I think it’ll be a couple of more years — there has to be that feeling of support. You have to know you have allies. You have to know you have people who will stick up for you. Hopefully what me and Brendon Ayanbadejo and guys like Scott Fujita and Connor Barwin and everyone else that have signed on — Domonique Foxworth wrote a great letter. What we’re showing is that there is support and it really does boil down to can you play football or not?”