Chris Bosh: I’ve Worked Harder This Summer Than I Ever Have

Chris Bosh is an extremely proud individual; his performance last season cannot be sitting well with him. For that reason, and for that reason only, he will have a monstrous campaign starting October 28th.  Yes, he’s going in to his contract year but I don’t think that matters at all – Chris will be ready to play because Chris wants to be ready to play.  I’ll admit that leaving the legal battles with his mother’s child in the past will help him, but aside from that, CB4 is a professional basketball player and he so desperately wants to bounce pack.  The talent upgrade around him will only keep him that much more focused, it won’t take away from his output.  There’s no doubt he and his team lost that edge last year, I just can’t see that happening again.  Chris Bosh joined The Fan 590 in Toronto to discuss his fortified summer workouts, his trip to South Africa, why this year matters so much to him, and his future with the Raps. 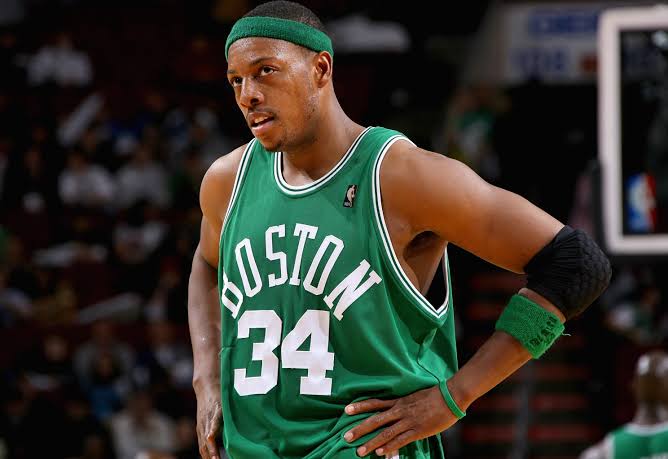 On his feelings regarding the Raptors:

“I feel great about the season, I’m very optimistic.  I learned a lot from last year, first and foremost, and that made me wanna work hard this summer so I’m staying positive and upbeat, making sure I work hard to get better.  I feel that I plateaued in my play for the past couple years, and I’ve had a good rest, a good full summer.  I’ve been able to work on my weaknesses and stuff like that so I’m really looking forward to it.  I know last year was a disappointment so I’m not getting too far ahead of myself yet, we do look good, but that’s on paper.  We still have a lot of work to do and we need to take it one game at a time.”

On his summer workouts and the results thus far:

“It’s been different; I always lift every year, I’ve tried to get stronger every year, but I think it’s really, really made a difference.  I think I’ve worked a lot harder, I’ve worked the hardest I’ve ever worked this summer.  And, I think I’ve seen improvements, I think people have seen improvements in me, and I’m really ready to test it out against some bigger starter guys.”

On his future with the Raptors:

“It’s just all about seeing where the team is going and having something to play for.  I wanna win a championship one day, plain and simple.  And, I wanna be in a place that makes me happy, that makes the most sense for me, and so far Toronto’s been that place.  We have had tough years and everything but I think this year management’s showing that we’re not just waiting around.  I said this in an interview before but we’re not just waiting around for 2010, and we’re not just trying to put our eggs in one basket and just stack our chips and be like, ‘All right, we’re gonna roll the dice this summer and hopefully something will happen,’ because that’s kinda 2 years lost.  I like the fact that we’ve revamped our team, we’ve addressed some weaknesses that we’ve had, and I’m really looking forward to this year, but I think this year does play a key role in my decision next summer.”

On something which has touched him on the trip:

“We heard two gentlemen speak, they were actually ambassadors of sports, and they told us their life stories, and what they had to deal with, and what they had to fight through.  Just the stories you hear, you’re like, ‘Man, how are you…’  You know, they’re still positive, still upbeat, still wanna do things, they still wanna make a difference even though people have reacted racially and violently towards them.  Those are like the true heroes of sports; it’s the reason, guys like that they give us the reason to keep playing, and keep going on.  And they give me an appreciation for the sport because they kept stressing how important it is to be a class act and kind of a good sportsman.  I just try to remember that now because a lot of people really don’t appreciate it sometimes and I don’t wanna be one of those guys.