Chris Bosh Is Having Fun in His New Role as Villain

When Chris Bosh, Dwyane Wade, and LeBron James decided to join forces this summer in Miami, the talk of not just one championship, but multiple championships started right away. One NBA Analyst even went as far as to say the Heat could possibly win 70 games this season. In fairness the trio really put the pressure on themselves and made them a target everywhere they go. LeBron James has become the villain, Chris Bosh has become even more criticized than he was in Toronto, and the Heat have become the team that every fan base but their own loves to hate. The other night Bosh made his return to the franchise that he spurned this offseason. While the reception wasn’t anything close to what LeBron James dealt with in his return to Cleveland, it’s safe to say Bosh is not very welcome in the arena that he called home for seven years, but just like James he got the last laugh. 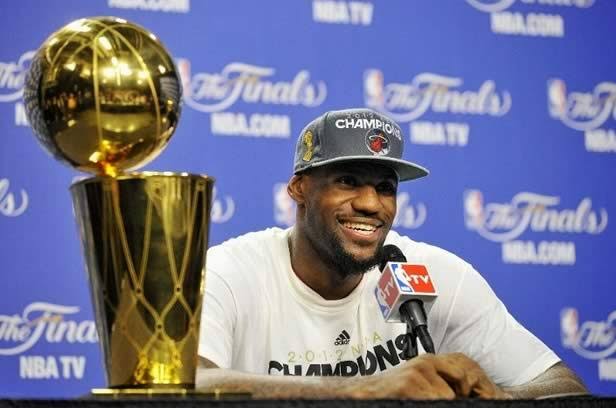 After getting off to a slow start, Miami has adapted to their villain role and they have found their form. LeBron James and Dwyane Wade are playing like MVP’s and Chris Bosh is back in a familiar spot – the All-Star game. This weekend Bosh will make his sixth All-Star appearance. However that’s not the reason why he went to Miami. Bosh went to Miami to win multiple championships and if the Heat continue this run that they are now, and continue to play the way the did after their first 20 games or so, that could become a reality as soon as even this year. Chris Bosh joined Into the Night with Tony Bruno to talk about how fun it was to go back to Toronto, whether or not the reception was cruel or a positive one, if they feel like they have found the form they thought they would show when the season first started, and what he makes of the Lakers struggling as much as they have this season.

If it was more fun going back to Toronto or coming back to the All-Star game:

How the reception was:

“It wasn’t good naturally. It wasn’t close to what LeBron had to experience, but it wasn’t like a good old-fashioned booing. It was a little bit different, but I never let stuff like that get to me personally. I just go out there, have fun, and play basketball.”

If they feel like they are started to play the way they thought when they joined forces this offseason:

On the struggles of the Lakers: