Chase Headley has arrived at spring training coming off  the best year of his career. He won both the Silver Slugger and Gold Glove awards while batting .286 with 31 homers, 95 runs scored, 17 stolen bases and a league-leading 115 RBIs. Headley’s name came up quite often in the offseason because it appeared that the Padres could no longer afford his services, but San Diego was able to ink him to a new one-year, $8.575 million dollar extension. The Padres third baseman has improved in all facets of his game and looks to lead them to an NL West crown this season. Chase Headley joined The Mighty 1090 in San Diego with Coach Kentera to discuss not being asked to play in the World Baseball Classic, the United States being at a disadvantage in the WBC, Bud Black being a great manager and the San Diego Padres having a fun team this year. 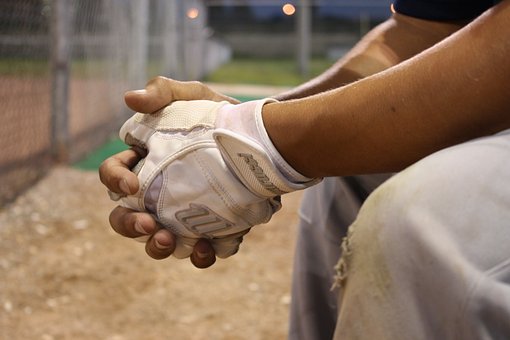 Were you ever called or asked to play in the World Baseball Classic?

“They did not. I got a text a couple of weeks ago just asking if I would be interested if somebody went down, if I was willing to step in and I said of course. I don’t think there is any better feeling than representing your country, so it would have been a great honor to be able to play in the World Baseball Classic and if I am then great. I certainly understand they got a great player playing over at third right now.”

Is the United States at a disadvantage playing in the World Baseball Classic?

“It’s really tough. Obviously you got all the Latin American countries that have been playing for three months, so they are right there in game shape and the Japanese, same thing. They have been playing together a lot. They have been practicing together a lot, so it’s going to be tough. It’s going to be tough for the U.S. just based on the timing of the thing to really be well, but I’ll tell you what, there is no shortage of pride of guys that wanna step up and win the thing. I’ll never say never.”

What was it like last year starting 17-41 and then the team turned it around? Was that because of Bud Black?

“It’s always tough. This game is about winning, and when you are in the big-league level everything is amplified. You are under constant pressure. You are under constant scrutiny. I tell you what, playing for Bud Black, there’s nobody else like it. He’s as good of a players’ manager that you could ask for. He expects you to go out and work hard and take care of business, but every single day he comes in and he’s in a great mood. It would have been easy when we were 17-41 to come in and not be in the best mood, but this guy, every day he is consistent. Everything filters through him. The coaching staff is the same way, and it’s a pleasure. It’s a guy you want to go out for and play as hard as you possibly can and win for it. I think before it’s all said and done we are going to have a really good team because he’s such a good manager.”

I think the Padres have a better chance in the NL West than most people think. Could this be a fun year for the Padres?

“I think there’s been a lot of talk about us not doing a whole lot this offseason and I understand that when you look at our record overall last year, you figure hey man, you need to make some adjustments and get better as a team. But when we got our guys we were pretty good and I think another year of experience is going to be great for some of our young guys, but we are hungry. We’re talented. We have a good mix of veteran and young guys. I really like where we are. I like the fact that we are laying in the weeds a little bit. We have all the other teams making some noise, but I take it as a sign of good things to come if there wasn’t a lot of change. When you’re blowing up a team and starting over usually that’s gonna be tough year the next year, so I’m excited to get back with the guys out there and compete.”