Injuries are starting to mount for the Team USA basketball program. The group already knew it was going to be without star guards Derrick Rose and Dwyane Wade as well as big man Dwight Howard. Last week they got the news that Chris Bosh, who missed time in the playoffs with an abdominal injury, won’t be going to London, either.No worries, says chairman Jerry Colangelo. In his eyes, the program has built up its depth and talent enough that the group won’t miss a beat. It may simply open a door for young guys like Blake Griffin and Anthony Davis to make the 12- man roster. Jerry Colangelo joined ESPN 1100 in Las Vegas with Gridlock to discuss Chris Bosh not being a part of the Olympics, if that means a young player might now make the roster, some players trying to get contracts signed to be a part of the training camp, the building of the Team USA program and the importance of the 2010 World Championships. 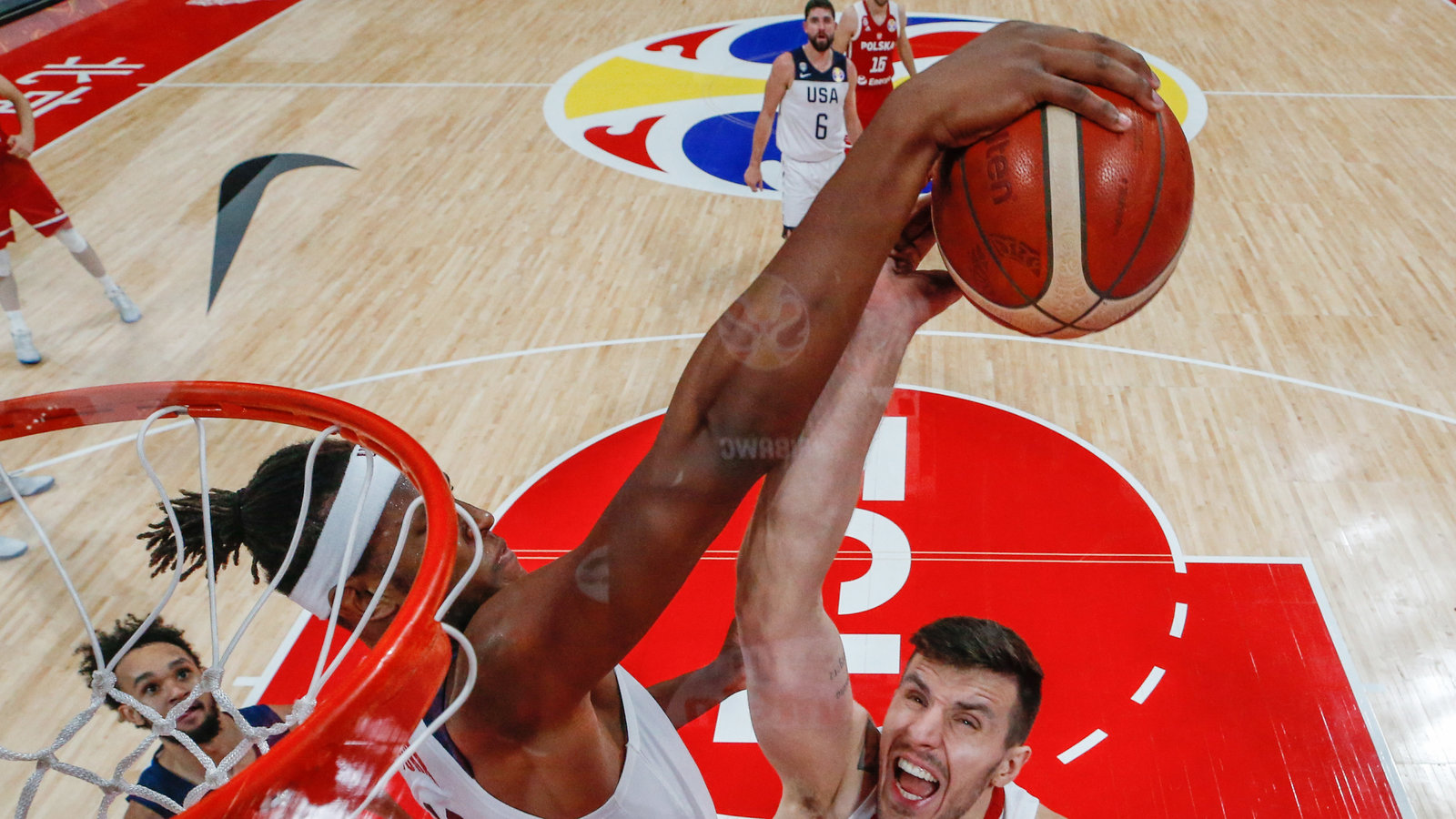 What were your thoughts when Chris Bosh announced he wouldn’t play for Team USA?:

“First of all, he was no more than 50-50 anyway because of the nature of his injury — the abdominal strain and the concern about recurrence or aggravation. Two days ago we were advised that he was in and so this morning Chris called and said the doctor has determined that he should not play and he would have to pull out. There wasn’t much more said other than I wish him well. … What it means more than anything is this: We’ve taken four bullets on this group — Dwight Howard, Derrick Rose, Dwyane Wade, Chris Bosh. I think it’s a compliment or a testimony to our big-picture view of creating a national team roster that has great depth with a lot of talent. We’re not going to miss a beat here.”

Do you think the roster is going to have enough size and does this now open up a spot for someone who maybe wasn’t going to make the roster?

Are you concerned about Eric Gordon and Deron Williams getting their contracts done in time to be i Vegas this week?:

“No, I’m really not concerned about any of those things. We’re looking at our training camp being a little more prolonged than in the past. In prior camps, we tried to get our workload in heavily in the first week. I think this time, because of the extended NBA season and how everything was pushed, we’re looking at our camp being a three-week process.”

When you started this process of building up a real Team USA program did you think it would come this far?:

“Well, I didn’t have the foresight back in ’05 that we would be in the position that we’re in today. We’re 49-1 in international competition. Back then we had one player who had a gold medal and that was Jason Kidd. Today, our roster is full of gold medalists … and we have a pipeline that’s full and successful. I’m very happy and very pleased. I don’t really look back too often. … In this particular case, we now have a program that we can be proud of.”

How important were the 2010 World Championships for some of these guys?:

“It’s extremely important because you can talk about things like that, but unless you’ve gone through the rigors of the tournament which has an awful lot of pressure attached to it and you go through our system if you go — how we conduct ourselves, our team meetings, our practices, our decorum, etc. We don’t start from scratch with this group. We’re starting them midstream. They’ve been there, most of them, and we’ll just pick up where we left off.”