In 2011, Willis McGahee posted one of his most productive rushing seasons during his career while playing his first season in Denver. He finished one yard shy of 1,200 yards. Last year didn’t quite go according to plan, as his production fell off to 731 yards while being hampered by injury. Still, McGahee says he’s got five years left in the league and believes he’ll be a part of Denver’s plans in — despite rumors that they’ll target a running back in the draft. Willis McGahee joined 102.3 ESPN in Denver with C.J. and Kreckman to discuss his recovery from injury, if he’s confident he’s going to be the top back in Denver in, the offense playing at a faster tempo, how many years he’s got left in the league, Kevin Ware’s injury and the possibility that the Broncos will draft a running back. 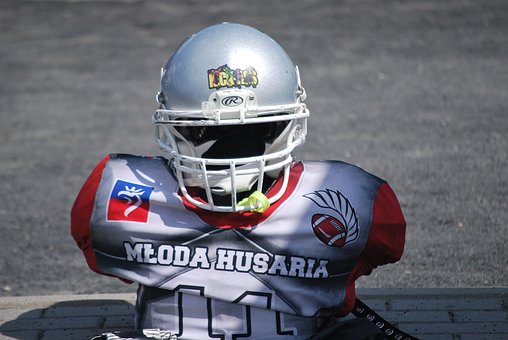 How do you feel as you bounce back from the MCL injury?:

“I feel pretty good. I had a lot of time recuperating and getting rest and getting my knee back strong. I’m good to go.  I could go out and play (right now). I’m good; I’m ready to go.”

How confident are you that the Broncos believe in you to be their go-to running back?:

“Every day you’ve got to reinvent yourself, they say. The older you get, the more of a step you lose, so regardless of the situation, I’m going to have to reinvent myself and go out there and show the world — not just the Broncos, but the world — that I can still play this game. I think that’s the mentality I have. I don’t think nobody’s going to tell me when I’m done playing. I’ll make that decision for myself.”

But do you still feel you’re a part of this team’s plans?:

“I’m still a part of the team’s plans, but at the end of the day anything can happen. Regardless if I’m healthy or not, I can’t control that. That’s something that the team has to evaluate. I’ve been in the business a long time and I’ve seen how it goes, so it’s nothing new.”

The Broncos are talking about wanting their offense to play at a faster tempo. What’s that going to look like?:

“I think a faster tempo means just doing a lot more than what we’ve normally been doing. I think we played at a slow pace — not a slow pace, but we give teams a chance to try to figure things out. I think they want to go out there and just play fast, don’t worry about things. The more you think, the slower you play, so I think that’s one of the bigger reasons we need to play fast.”

How many more years do you think you can play?:

“I’ve got five more, and that’s it for me. Five more. I mean, everything happens for a reason, man. It probably wasn’t meant for me to go second pick or third pick or whatnot. At the end of the day, I got hurt, and it made me want it even more. … It’s nothing new to me because every year, at the end of the day, they keep saying, ‘He’s 30 years old. He lost a step. He got hurt in the national championship. He’s not the same anymore.’ … That’s my motivation, and at the end of the day, when I hear people say, ‘He’s turning 31, turning 32.’ Who cares? As long as you can play the game, that’s what counts.”

What was your reaction when you saw Kevin Ware’s injury in Louisville’s Elite Eight game?:

“I didn’t see it. I don’t watch college basketball, so I didn’t know anything about it until you see it on social media about the knee injury. The injury can happen to anybody on any given day no matter who you are. … It’s all about how bad you want to come back from it.”

Would it bother you if the Broncos went after a running back in the draft?: