Charlie Sheen Opens Up About Past, Present and Future In Rare, Lengthy and Bizarre Interview with Dan Patrick
by Michael Bean

As one of the two original posters along side the site’s founder here on Sports Radio Interviews, I’ve listened to and transcribed my fair share of duds. That’s to say I’ve begrudgingly made my way through countless uninformative, unentertaining, vapid radio interviews from players and coaches in the collegiate and professional ranks. I’ve also listened to my fair share of celebrities — figures with little connection to the world of sports outside of either (1) having slept with someone important (read: one of Tiger Woods’ many mistresses….(2) their propensity to break major salacious stories about athletes’ imperfect and sordid lives off the field (read: A.J. Daulerio)…(3) or simply just being good looking and worth finding any excuse to listen to (read: Playmate Hope Dworaczyk;, Laurence Fishbourne’s porn star daughter Montana, to name just a few). Wait, I guess those last two women who were on the national radar (even if just for just as long as it to takes each to take her clothes off ) have absolutely nothing to do with sports. Let’s forget that though. 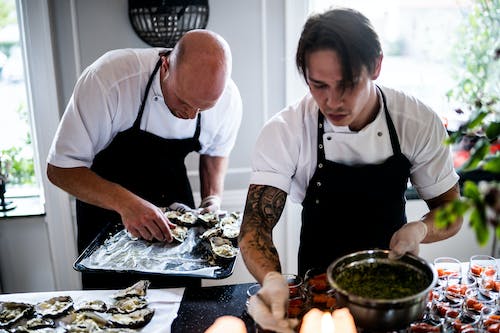 Here’s a great example of why it can easily be argued that sports radio is as relevant as ever:

the embattled Charlie Sheen…you know, the highest paid actor on television who’s been in the news far too often as of late for his late night benders involving prostitutes and narcotics? Yeah, Sheen chooses The Dan Patrick Show to open up about what the hell has been going on with him lately. Not Good Morning America. Not a whirlwind tour of CBS affiliates to talk about his reformed self. Nope. Sheen, who has been a gold mine of content for celebrity gossip blogs as of late thanks to his unrivaled ability to one-up himself when it comes to debaucherous behavior, chooses the great Dan Patrick to open up for a lengthy (nearly hour long) chat. After listening to Sheen for an hour, it’s perfectly clear in my mind that the man has no real interest at wanting to clean up his act. Maybe for the short run, but it’s just a matter of time until we hear Sheen back in the news. He pretty much as admits as much himself.Sheen joined The Dan Patrick Show to talk about when he’s scheduled to return to work on the set of Two and a Half Men, his love of baseball including his impressive memorabilia collection, how he at one point found a 1941 Ted Williams road jersey that he had bought lying around in his sock drawer, his recent drug escapades, his prior stints of sobriety, how he doesn’t like to use the word ‘sober’ anymore because he doesn’t believe in it, how boredom is the cause of his meltdowns, and other fascinating topics in one of the truly more informative and entertaining interviews we’ve featured on SRI.

On when he’s scheduled to return to work shooting Two and a Half Men:

On what he’s doing this Valentine’s Day:

“I’m celebrating it right now with you. Sorry, that got awkward and creepy like real fast. No, me and my girlfriend who will remain nameless — because let’s not turn her life upside down; she’s like thanks Dan Patrick, I don’t even watch baseball Wait, quick shout out: the coach Tony T. and Doc Mike in West Virginia. I can’t explain any of that.”

Whether he thought he’d be able to dabble in crack socially:

“Yeah, yeah. But that kind of blew up in my face like an exploding crack pipe.”

Is hunger something new to him recently?

“A little bit yeah, because you get into…I don’t want to say a redundant pattern, but it gets sort of redundant. And you’ve got to find things about it to kind of reignite the passion. The passion can always be there if the pilot light is still burning, you know?”

On when he began hitting with the UCLA baseball team, who he gave a motivational speech to last season:

“We’ve been hitting there for years. I made a nice donation years ago and they said any time, and I took them up on it. I’m a self-taught left-handed hitter, but not until I was an adult.”

Whether it’s true he resorted to using an aluminum bat during his BP:

“Dude, yeah, come on, I’m an actor. I can go yard with wood but it’s not 30 rows deep Dan. It’s like wall scrapers and first row.”

What did he do for the Super Bowl two Sundays ago:

“We had a little get together here and just chilled. It was pretty mellow, just a bunch of knucklehead fans. Nobody’s a gambler so when the game was over, nobody was involved personally.”

On if he’s gotten any sponsorship offers from, say, milk now that he’s supposedly entirely sober:

“Let’s put out a challenge. If I’m not a ‘Got Milk?’ campaign right now… ‘Stay Away From the Crack, Drink Chocolate Milk!’ Oh wait, it’s a black and white photo and the milk might not translate. Oh shoot, we just lost the campaign.”

Whether he’s eager to return to work on the set of Two and a Half Men:

“Oh yeah man, I’m a man of my word. I’ve under contract. They just said get your at together and I did. I think maybe it was a timing thing, they maybe didn’t think it was going to happen this fast. But check it, it’s like, I heal really quickly, but I also unravel really quickly. So it’s like ‘get me right now guys. Get me right now.’”

Whether there’s a morality clause in his contract:

“Yeah, blah, blah, nitpick, nitpick. I mean, I haven’t read it but I don’t think it covers let us totally dominate and interfere with your personal life.”

On how long he’s been sober:

“Well, I’ve been off…I don’t use sober anymore, I’m not in AA, I don’t believe in it. It’s off and on. I was sober for five years a long time ago and was just bored out of my tree and decided, you know, this is I don’t think who I am. You know Dan, I didn’t drink for 12 years, and that first one man, WOW!’

What it felt like to have that first drink after 12 years:

“I don’t know. It’s hard to say because you’ve got the people arguing the disease model, and people arguing the alcoholic model. This guy’s sober 20 years, ‘no I’m an alcoholic!’. Bro, you haven’t had a drink in two decades what are you talking about. But that’s a whole other segment and we’re only doing two, so…”

On if he thinks he’s more valuable to CBS than Albert Pujols is to the St. Louis Cardinals:

“Well, duh, man. [chuckles] No, I don’t know. We’re on the talent side, we’re a commodity, and when you become a commodity it’s just on a different level. Because I’m a humble guy I would like to think, I would like to believe that Albert is. What’s happening now? They’re saying they can’t afford $300 [million] for 10 [years]?”

On the memorabilia update that he promised after his last chat with DP — during which he admitted to finding extremely valuable Ted Williams gear randomly lying around in his sock drawer:

“Not just a Ted Williams jersey. It was his ’41 road jersey.”

How much did he pay for that jersey:

On how long it would take a visitor at his house to stumble across baseball memorabilia:

Did he not follow through with the project he talked about doing — constructing a glass card table to display jerseys in:

“Never got around to it. Plus my woodworking skills got a little dusty.”

On if any of his wives ever got mad at his memorabilia collection:

“I mean, no, they were all excited about it. I’m not sure they understood the essence of it, the lore behind it, the nature of its religious presence, you know?”

But did he ever ask his ex-wives to dress up in old, timeless, costly schwag:

And those rare items are locked away in a safe box somewhere?

“Yes. I can’t remember the bank but we’ll find them.”

But he sold off a bunch of his memorabilia at some point, no?:

“Yeah, I did. And I was sort of broke at the time so it was good I had that stuff. But I just felt like I had to cycle it back in the hobby. I felt like a hoarder, you know?”

On if there’s a particular baseball park he’d really like to see:

You haven’t been to the new Yankee Stadium?
“Dude, see what happened last time I was in New York?”

Sheen then randomly changes the subject from staying at DP’s house in New York back to Pujols’ contract situation:
“Pujols, right. I’ll cover half the $300 million…don’t worry I’ll find it….if they let me play for them and then trade me to the Reds and then to the Yankees for the World Series.”

On if he’s still a Reds fan:

“Oh yeah and it was so cool when I walked up and there’s Eric Davis looking like he could still play. And I got a Reds hat on, and I told my girlfriend, sweetie, this man single-handedly broke the spirit of the Oakland As in 1990, Game 1.”

On the last time he cried during a game:

“I don’t always cry in defeat because then it’s like I’m running to the phone to call my bookie. But I cry for moments of pure heroism on those fields of dreams. Did you just get a little teary when I said that? That was deep.”

If he could choose, would he have rather been a pro ball player or an actor:

Who are these girls that say he looks 35:

“Oh God, just nearsighted beauties, you know?… We’ve got to hang out in version, man. You’re getting like the G-rated version. I’ve got stories that I think would change the way you look at the world, you know?”

What famous people hang out with you at your house:

Dykstra was there recently?

“Yeah man. One of my favorite people. Come on Dan.”

On Dykstra being one of the few guys on Earth that might make Sheen look boring in comparison:

“Exactly. He’s a pure genius. Pure genius. That man could play the game.”

On when he knows that the urge to party again is surfacing:

“It tends to do with boredom. It’s never been about everybody else is drinking, I should too. It’s about wanting to make things better whether it’s real or imagined. That’s what it’s about Dan.”

On if he’s been receiving lots of advice lately:

“Yeah, most of it’s really lame too.”