Charles Barkley on the Miami Heat: “(LeBron’s) Michael Jackson playing with a bunch of Tito Jackson’s”

When LeBron James made the decision to take his talents to South Beach, he did so with the hope that a better supporting cast would help him claim his elusive championship ring. In theory it made a lot of sense. The supporting cast in Miami is better than what he was playing with in Cleveland. After all, LeBron is now playing with Chris Bosh and Dwyane Wade. The only problem is that Chris Bosh has been banged up in these playoffs and Dwyane Wade, aside from three great games against Indiana, has been extremely disappointing. So once again the burden has been placed on the big, broad shoulders of LeBron James. Last night, James put together his best performance in 11 Finals games with 30 points and 9 rebounds but was overshadowed by Kevin Durant and Russell Westbrook and the result was all too familiar for him.The criticism will fall on LeBron but during game one of the Finals, Miami turned into a one-man show as opposed to a Big Three. If that continues during this series, it will be back-to-back disappointments in South Beach. 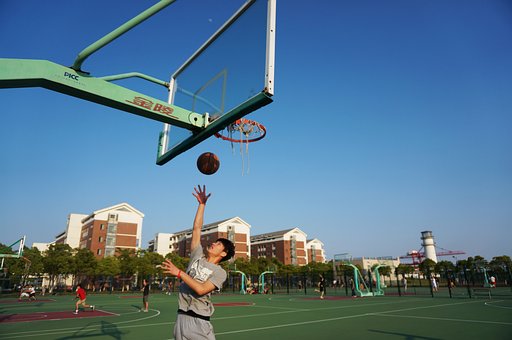 Charles Barkley joined The Dan Patrick Show to talk about whether he would have an interest in being the 76ers GM, what he thinks of the job Sam Presti has done as GM of the Thunder, what he noticed about Miami in the first game of the Finals, if it is true that nobody wanted Isiah Thomas on the Dream Team in 1992 and what it was like playing on the first Dream Team.

Whether he would have an interest in being the GM of the 76ers:

“I would sit down and talk to them out of respect for them. (Host: Do you want the job?) I think everybody knows that I want to be a GM and I would sit down and talk to them. (Host: You said out of respect but it sounds like you would like to be interviewed for the job.) It depends on the financial considerations. I’m not taking no big old huge pay cut. I’m not overly concerned about the recession we have been in but I’m not just going to give away millions of dollars. That’s just stupid. I want that challenge at some point and I think I’m ready for it. I think I’d be successful to be honest with you.”

What he makes of the job Sam Presti has done as GM of the Thunder:

“He did a fantastic job. All it really comes down to is putting a good group around you. First of all, he got lucky with one of them. I like Sam but it’s interesting, if the Portland Trail Blazers had taken Kevin Durant we wouldn’t be having this conversation would we? He did a great job with Westbrook and he did a great job with Serge Ibaka and (James) Harden so give him credit. It all goes back to Durant. If the Trail Blazers take Durant we’re having a different conversation. You’re on the radio or television telling me what a great job the guy in Portland did.”

What he noticed in the first game of the Finals last night:

“LeBron James don’t have a lot of help. He’s Michael Jackson playing with a bunch of Tito Jackson’s. It’s a shame too. I picked Miami to win that series and I still think they have a good chance to win this series but if they don’t give him any help they’re in trouble because Oklahoma City has a very good team. I thought the difference in the game was Russell Westbrook. He was fabulous. In the third quarter, his energy level, he and (Thabo) Sefalosha, changed the whole energy level in that whole game because up until then I thought Miami had a good grasp of the game but Westbrook’s energy level was amazing. He got his hands on three or four balls, got them into fast breaking situations and I thought that was the difference in the game. Kevin was fantastic down the stretch but you have to take your hat off to Westbrook because I thought he changed the flow of the game.”

Whether it’s true that players didn’t want Isiah Thomas on the Dream Team in 1992:

“That’s not true. (Host: Oh I think that’s true. I don’t think Michael (Jordan) and Scottie (Pippen) wanted Isaiah on that team.) They didn’t ask any of the other players about that. (Host: Did you want Isiah on the team.) Sure I didn’t care. I didn’t care who was on the team.”

“People forget I played on the second Dream Team. The second Dream Team really sucked. I have to tell you something and I’ve said this privately and a few times publicly, we had so much junk going on about playing time, who was starting on the second Dream Team and on the first Dream Team we never had any of that. I’m playing with the greatest team ever assembled and everybody got along well, did we try to kill each other in practice? Of course we did but we went back to the hotel and everybody got along well, everybody respected each other and it was really cool. Then when I played the second time in Atlanta man guys were arguing with Lenny Wilkens and talking about who should be starting. was like the greatest thing ever as far as camaraderie and everybody getting along. Then in ‘96 I was like ‘you guys are kidding me, I played with the greatest team ever, and you guys aren’t that good and you’re complaining about who is starting and who is getting playing time?’ You have to be kidding me. It was incredible.”