Jerry Sandusky’s lawyers asked to resign from his case shortly before his case went to trial, but the Judge John Cleland turned down their proposal. That may very likely become a key part of the team’s argument going forward now as Sandusky will seek to appeal his convictions.Karl Rominger, who worked the case with fellow counsel Joe Amendola, says he and his group followed ethical principles by asking to resign from the case because they were not prepared for it factually. They wanted more time to prepare and believe they were rushed to trial. In that sense, Rominger says justice was served in Sandusky’s trial because it was judged fairly after it started and involved a trial of his peers, justice may not have been served due to the fact that they were pushed to trial too quickly.Karl Rominger joined WNST in Baltimore with Glenn Clark and Thyrl Nelson to discuss if he hesitated to take the case, adding a high-profile case to his resume, asking to resign from the case before the trial started, where they can find success in appealing the convictions, how the area will continue to be affected by the situation and if justice was served. 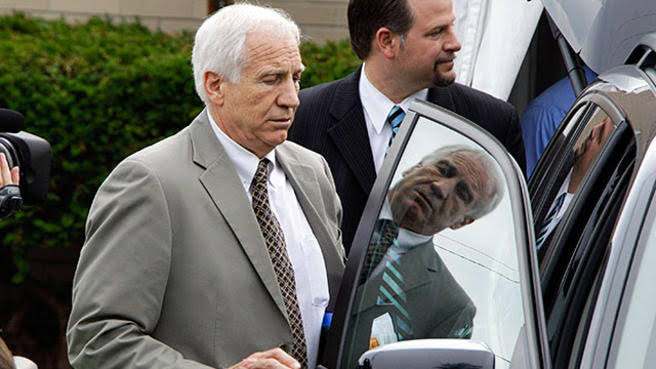 Did you ever have any hesitation taking this case?:

“The only hesitation I had was I recognized that it was going to be high profile and that there was going to be a substantial workload. I also had some concerns about how it might influence or affect my private life, because you don’t want to become a spectacle for the national media, I guess. But I ran it by a couple lawyers I know and at least one judge and everybody said it’s like O.J. Simpson’s called you. You’ve got to take the case.”

You have to take it to increase your profile, right?:

“It doesn’t hurt. I wouldn’t be talking to you right now, I don’t suppose. Long and the short of it, though, I also was interested in it because, frankly, when I read the grand jury presentment, you go, ‘Oh, this is a slam dunk for the government.’ When I went up and met with Jerry and Joe Amendola, eventually, going through some of the stuff, you say, ‘Wait a minute, this isn’t as straight and clear as the government leads you to believe.’ And I think we brought some of that out at the trial.”

Can you tell us more about the defense going before the judge and asking to resign from the case based on not having enough time to prepare?:

“What happened was we literally got thousands of pages of documents in the last 20 days of preparation, hours of tapes, with police reports and piles of things we needed to read through, cross-reference and track down. We didn’t have time. So the Pennsylvania rules of ethics say that if an attorney doesn’t feel they can be factually ready … they have a duty to resign from the case. We got an informal ethics opinion and we did that and the judge ordered us to go forward. That’s the other issue — we can’t withdraw unless the judge allows us. So we were stuck, but we met our ethical duty, and frankly I still believe, given more time, we may have been able to develop more exculpatory information.”

Where do you see the potential for success in appealing the verdict?:

“I’d argued to Judge Cleland that there’s trends in the law on confrontation and the use of the janitor’s hearsay testimony on Victim Eight was a very close call by the judge. … That’s a strong legal issue for appeal. It really is cutting edge. The other issue is the prosecutor, in his closing, made reference to Mr. Sandusky not saying enough and suggesting he could’ve talked more or done something to exonerate himself. That’s a wholly impermissible argument. I think that’s actually going to become the winning appellate issue in the case.”

Will the area in Pennsylvania be affected by this whole thing for years to come or do you think it will be tempered now that this initial trial is over?:

“The danger is, though, these convictions mean that Penn State’s civil liability is very broad. I want you to keep in mind that it’s not unusual for a person who’s a victim of sexual abuse to only recount it or remember it years later. But that also means that any person who wants to come forward now and claim to have suddenly had a new memory or suddenly remember to have been abused is going to have a crack at the university. So they’re looking at potentially thousands of alleged victims of which only maybe a handful would be legitimate, if any.”

On what it means that the jury was made up of so many folks with Penn State ties and convicted Sandusky:

“That’s the question, which way? … The only thing I can say about the jury is they gave us — in what was considered a slam-dunk case according to the pundits — the jury gave us a 20-some hour deliberation over multiple days. They asked to have testimony read back to them. They asked numerous questions on the law and facts, so I don’t think they went back there and just said, ‘Convict Sandusky.’”