Chan Gailey: No Quarterback Change in the Cards but “We’ve Got to Go Fix Something”

Having been outscored 97-31 in their last two games, the Buffalo Bills are a mess. But what’s even more odd about Buffalo’s recent collapse is that they’ve fared OK in the first halves of each game before being blown out of the water after halftime.Head coach Chan Gailey knows something has to change, but he either doesn’t know what that is or isn’t willing to disclose such information.Chan Gailey joined Howard Simon on WGR in Buffalo to discuss the team’s recent second-half struggles, their mental toughness, the problems on defense and offense, the potential for a snowball effect, his own job security, Ryan Fitzpatrick’s job security and backup quarterback Tarvaris Jackson. 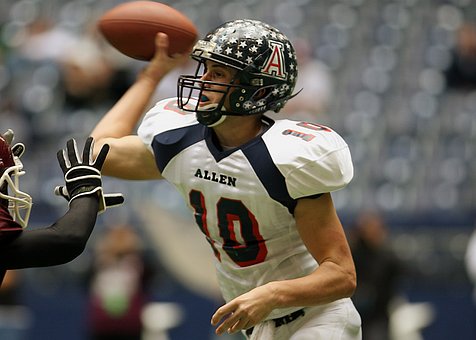 On the team struggling in the second half of late:

“Last year, we were playing not very good in the first half and coming out playing very good in the second half. So now this year, it’s just the opposite. So we gotta figure out what we’re doing in the third and fourth quarter where the guys were just playing awful in the third and fourth quarter right now. That’s just about as plain as you can be about it. There’s no magic dust, there’s no magic wand that you can wave. You’ve gotta go look at the film and evaluate, look at your practice, look to see if there’s a way we can help our football team do a better job.”

On the team not being mentally tough enough right now:

On what’s wrong with the defense:

“I don’t know if we’re tackling poorer or playing assignments poorer. … If it was one thing, you’d go say, ‘OK, here guys, all we gotta do is fix this and we’ll be just fine.’ It’s never just one thing. … You can’t fix everything at one time but you’ve got to fix something. And we’ve got to go fix something. I know that.”

On the offense being problematic right now, too:

“We need to start scoring more points on offense, too, and not turn it over. If we don’t turn it over, we normally win. But those two turnovers [Sunday] really went a long way in not allowing us a chance to win.”

On if he’s worried these last two losses could start a snowball effect:

“I don’t think that’s the case right now. It’s the same old thing. If it does, we’ll say these last two games were the beginning of the snowball effect, and if we don’t then we’ll say, ‘Hey, that was kind of a kick in the face with two good football teams and they got things turned around.’ I don’t know what it will be, but yes, I’m concerned about the psyche of our football team.”

On if he’s worried about his job:

On why he’s still confident in Ryan Fitzpatrick at quarterback:

“Because I’ve seen the guy play well and win games. You have, too. Everybody’s seen him do that. You know he can do it.”

On if there’s a chance they consider giving Tarvaris Jackson a shot at quarterback:

“Not right now, no. Just don’t have time to get him reps.”