Chad Ochocinco Says His Best Touchdown Celebration is Yet to Come

When you think about Chad Ochocinco, there are a number of things that come to mind and probably more towards the bottom of that list are his on-the-field accomplishments.  The first thing you probably think of is a guy that changed his last name from “Johnson” to “Ochocinco.”  Then you probably think about his crazy touchdown celebrations that he’s had in the past.  Then you probably think of some of the crazy sayings he has like “child please,” “kiss the baby,” and “shut the front door.”  Then after all of that, you probably think about him being a five-time Pro Bowler and one of the better wide receivers in the game at one time for about half of a decade. I know a lot of people think that he’s selfish, he runs his mouth too much and his antics don’t help his team, but I tend to think Ochocinco is extremely entertaining.  As long as he is making catches, scoring touchdowns, helping his team win, and not being a distraction, I’m fine with all of his antics on and off the field.  Football is supposed to be fun.  Obviously it’s violent, hard-hitting and a way to make a living for all these guys, but it’s also still a game and it’s okay to have fun while playing it.  There are some players that like to hand the ball to the official after they score a touchdown, there are others that like to celebrate with theirteammates in a specific way and there are others that like to come up with off-the-wall celebrations to entertain people.  Ochocinco isn’t stepping on a terrible towel in Pittsburgh, he’s not dancing on the logo of the opponent at midfield, he’s not imitating another opponent’s celebration, and he’s not acting like he is mooning the opponent’s fan base.  What he’s doing is coming up with fun and creative ways to entertain the fans and as long as he’s backing up his mouth and antics with his play, I have no issues with that.Chad Ochocinco joined KHTK in Sacramento with the Rise Guys to talk about his new book that is coming out, the way that he plays the game, the trash-talking that he does during the game, his best touchdown celebration and the season so far the Bengals. 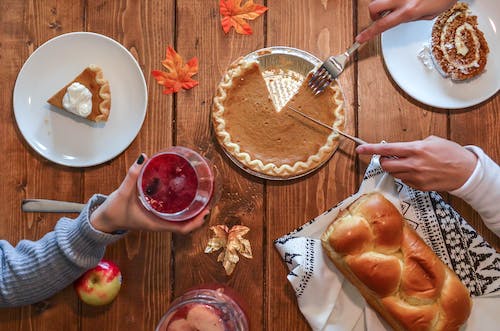 On the common misconception of being a football player:

“I think they think it’s easy.  They don’t understand the hard work that goes behind it.  I think if people got a chance to watch Hard Knocks, the HBO Special that they had before the season starts, if you get to see some of that stuff man,  you’ll have a better understanding and respect what we do a little bit more.  Most people think we just show up Sunday, get paid all this money and that’s it.”

On the feeling of playing his first game:

“Oh yeah.  Man I was loving it.  Of course, I had never seen a crowd of that many people at one time.  Let alone, now I have this platform, this arena to go out and perform for.  For one, I end up in Cincinnati and I say I’m going to be one of the few individuals to change the way football is looked at, let alone played at a certain level.  This whole city itself I’m gonna bring them back to whatever you want to call it…respectability.”

On the way that he plays the game and how much he talks on the field:

On his touchdown celebrations:

“The best one is yet to come.  Before the season started, I set aside a certain amount of money for my fines.  I’ve done this before now.  I knew what this season was going to hold.  It was going to be a great year for us, my mindset was right, and every time I’m having fun we’re successful.  Believe me, the best one is coming.  It has sort of a Spanish theme to it to go along with the last name.  You know the whole nine yards. It’s gonna be hilarious.”

On playing against Ray Lewis and Baltimore this weekend:

“It’s gonna be fun.  You’ve gotta understand, me and Mr. Lewis are best of friends off the field.  That’s the way we play the game.  The thing is, now it’s my turn to remove his head from his body.  There’s only one problem, I need me plus five other people to help me do so (laughing).  I’m really looking forward to playing against him.  I really can’t wait till next Sunday.  And when we win this game…wait, let me take that back before I get myself in trouble because I can’t guarantee anything.  Winning this game puts us closer to the playoffs and locks up us winning our division this year, so it’s very important.