CBS Beats Out ESPN, Then Puts on Fantastic Opening Weekend of Tournament

When CBS announced a partnership with Turner Sports to change the way it televised the NCAA tournament, I’ll admit I was about as skeptical as anyone else. I enjoyed watching it on one channel and, generally, didn’t mind CBS dictating which game I was watching.I’m far from skeptical anymore. The first weekend of the tournament, with games airing on CBS, TNT, TBS and truTV, went off seemingly without a hitch. I made fun of truTV before the weekend started, but then found it rather easily if it was carrying a game I wanted to see. If I didn’t care, I could just stay dialed in with CBS and they might help me out if another game was coming down to the wire.And to pull this off so well after beating out ESPN to keep the rights of the tournament has to feel good for the CBS brass. Cue Sean McManus, the Chairman of CBS Sports, who helped devise this plan and now, in the following interview, gets his chance to gloat about it.Sean McManus joined XX Sports Radio in San Diego with Scott and BR to discuss how CBS and Turner put their deal together, how everything went down so smoothly, his reaction to Turner bringing truTV to the picture, how hard it is to pull off covering the tournament this way, the early success of the partnership and what he would say to those who miss the old way of watching the Big Dance. 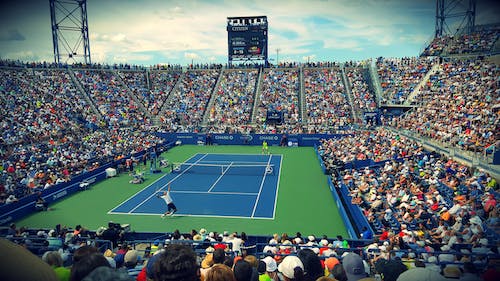 How did CBS put together the deal with Turner and why?:

“What happened is, when the NCAA, about a year and a half ago, decided they were going to renegotiate the television deal, we know that our only competition was probably going to be ESPN and we knew that ESPN’s plan was to use three or four of their networks to broadcast all the games. … We also knew that unless we had a cable partner, we couldn’t generate the kind of revenue that was necessary to get the deal.”

On the change going so smoothly:

“There was a lot of skepticism about this and we said, from the very beginning, that this really was a joint partnership with Turner. That’s why we’ve had Charles Barkley and Kenny Smith in the studio. … From a sales standpoint … we really did sell this as one package. … If you wanted to buy a commercial, you had to do it on all four networks. … From a ratings standpoint and a creative standpoint, we really exceeded the goals that we had.”

What was his reaction when Turner brought truTV to the picture?:

“I think our initial reaction was kind of what everyone’s was, which was, the old Court TV, which has been converted into truTV, what is that? But what we’ve found … is that if there’s a game that you want to watch and a team that you’re following, you will find truTV.”

How hard is it to pull this off and how does he decide which game is on CBS?:

“It is a lot easier. … There was no science to it [before] and, ‘What is a blowout?’ … It was subjective. … It’s a lot easier now in terms of the switching. In terms of the game selection, we really do sit down with Turner and figure out what is the best for the venture. We all know that we’re going to generate the biggest number probably on CBS, and that’s where hopefully, a lot of windows, most of the viewers will come. … In the end, we’ve guaranteed the advertisers a certain amount of eyeballs.”

On the success of the partnership thus far:

“It’s worked out, actually, much, much better and more seamlessly than I thought it was going to. Knowing that you have two corporations, Time Warner and CBS, that have their own different philosophies, their own different management teams. I don’t think on any major event, two major corporations have come together … for an event this big and have it come off as well as it did.”

On folks who might think the old way of watching the tournament was better: