Carolina’s Brandon LaFell: “I Felt Like We Could Have Got That Yard” On Fourth Down

Brandon LaFell is going to require some time to get over what happened Sunday in Atlanta. The young Panthers had unbeaten Atlanta where they wanted them late, but opted to punt on fourth-and-short with a one-point lead, giving Matt Ryan and Co. one last gasp, which didn’t end well for Carolina.Brandon LaFell joined The Mac Attack on WFNZ in Charlotte to discuss the heart-breaking loss to the Atlanta, the decision to punt rather than roll the dice on fourth down, the Falcons’ final drive and the offense failing to close out the game. 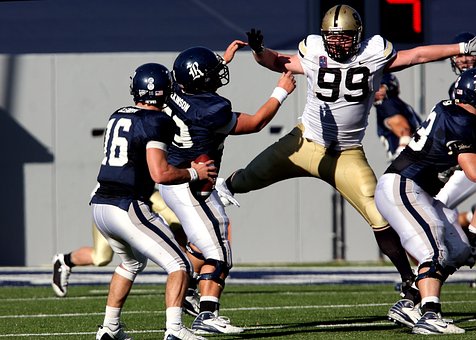 On if he’s over the tough loss to Atlanta:

“I’m not over that at all. Like I told the guys in the locker room … I’d rather get blown out than lose a game like that. We just gave the game away.”

On the offense not going for it on a fourth-and-short that could have put the game away late:

“It’s fourth and inches, we’ve got Mike Tolbert, we’ve got Jonathan Stewart, some of the best power backs in the league. I felt like we could have got that yard. And I didn’t want to put our defense in that situation, because we should have won the game right there with that possession.”

On what he was thinking when they punted and pinned the Falcons at their own one-yard line:

“I was thinking in my head, they’ve got 40 or 50 seconds, there’s no way they’re going to go 99 yards on our defense and kick a field goal or score a touchdown. There’s no way.”

On the offense failing to win the game:

“I felt like it came down to the offense to win that game, and we should have won that game. And we just gave it away like that — it just hurts. You just put a lot of work into something, and you just give it away. Like, why? So everybody was down in the locker room, but I feel like we come in tomorrow, we’re going to get back right. But this is much harder to get over than the Giants loss.”

On how long it’ll take for Steve Smith to get into a scrap against the physical Seahawks in Week 5:

“I give him ’til halfway through the first quarter.”