Calvin Johnson Discusses his New Record Contract, Claims he’s Not a Diva Because “I Can’t Throw Myself the Ball”

As a result of having to pay big money to high draft pick after high draft pick in the final stretch of a particularly dark period in franchise history, the suddenly dangerous and competitive Detroit Lions were expected to have a tough time keeping Calvin Johnson from playing in a contract year in 2012. But cash-strapped Detroit got a deal done, signing their All-Pro receiver to an eight-year, $132-million contract with a record $60 million guaranteed.Calvin Johnson joined WXYT in Detroit to discuss his new contract, the fresh feeling in the football air in Detroit, the sacrifices he and his teammates are making to stay together, his confidence in the team’s front office, the status of teammate Cliff Avril and his lack of a diva mentality. 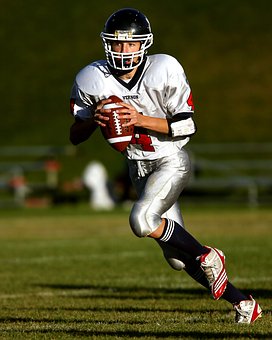 On how strange it is that, suddenly, good players want to stay in Detroit:

It just stems from Martin (Mayhew), Jim (Schwartz), Tom (Lewand) and all those guys putting together this team over the last few years and bringing in pieces that wanna bring guys in. And we’re winning because of that. And not to mention, we’ve got a great quarterback.”

On if he now turns into a salesman to get other good players to join him in Detroit:

“That’s what everybody’s saying, and hey, I’m down to work for the team.”

On his expected timeline during this process and when it became clear to him this would get done:

“I guess over the last three or four days. I really wasn’t sure before then whether it was gonna get done before the league year started up. I think that was kinda like a big thing. I guess since I got back in town two days ago, when I got back to Atlanta, the talks really, really sped up and they were really putting in an effort to get things done. And so at that point, I thought that things might shake.”

On what the Lions have to improve on:

“Just more consistent play as far as–I guess more of a situational football, guys gotta understand situations where there’s a good time — well, there’s never a good time for a penalty — but there’s times where you just can’t have certain things happen in a game. And we gotta be able to sharpen up, be smart, be a wiser team and I believe we’ll do that because we saw a lot of those things last year — even though we had a successful year by getting to the playoffs — we saw a lot of those things hold us back. So definitely things to learn from.”

On taking less money in the short term to free up cap space:

“Yeah, I think the thing that I did like what I saw these past few weeks is guys on the team willing to go back and make sacrifices, restructure their contracts so that we can make room. And by getting my deal done we made room as well. So I don’t think I took anything less, I’m extremely blessed to be where I’m at right now. So much appreciative to Mr. Ford and the Lions for that.”

On Cliff Avril, who was franchised tagged before free agency:

“Me and Cliff talked about this stuff last week. Cliff is probably the one person I talked to to any extent about it at all, because he’s kind of in the same boat a little bit. But that’s my guy, I definitely don’t wanna see him go because he’s been here about all the time I’ve been here as well.”

On if he thinks they’ll sign Avril to a long-term deal:

“Hopefully with some room we freed up, hopefully he can.”

On if this deal is an endorsement of the guys running the front office:

“No doubt. Those guys have really stepped up to the plate, in all aspects. And we’ve stepped up as well as a team. And we continue to — like I said there’s improvement happening every year and that’s what I like to see.”

On not being a diva:

“I mean, I was always taught it takes more than one person to win a game. And that sticks to the truth. There’s 11 guys out there — one guy don’t do his job and as we know the play is not successful, so I can never get just caught up in me because I can’t throw myself the ball.”