It’s been about one month since Bruce Pearl resurfaced on the radio and discussed the process of his investigation through the NCAA Committee On Infractions. He still doesn’t really have an answer as to what his punishment will be coming out of that investigation, but has been courted to coach again, this time by an NBA Developmental League team, the Texas Thunder.  He discusses that opportunity in the following interview, but also expounds on the situation that led to his investigation and firing from the University of Tennessee. Part of his explanation includes the simple thought that it was God’s plan for him to no longer be coaching the Volunteers. Bruce Pearl joined 104.5 The Zone in Nashville with Three Hour Lunch to discuss his D-League opportunity, if he’s leaning toward taking that job, how he was made an example of at Tennessee, why he thinks he’ll coach again in college, if he has trouble forgetting the interview that led to his firing, how the situation could have been handled better and to once again defend his situation compared to some others going on around the country. 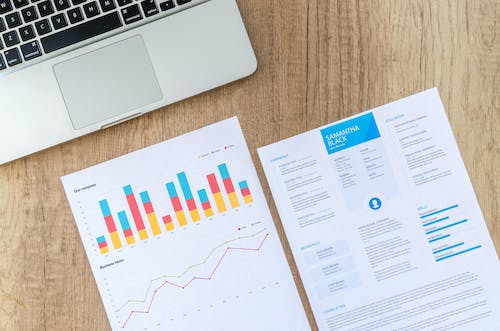 How did your interview go with the NBA Developmental League’s Texas Thunder?:

“It really went well. It’s a really interesting opportunity…Their entire coaching staff has really reached out to me and this would be an opportunity to learn the pro game. … The quality of the player is a step up from college and you sort of get to be a part of that NBA fraternity, which is hard to break into.”

Are you leaning toward taking the job?:

“Prior to going down to Dallas for my interview the lean was that I was probably not going to do it. But having been there and met the people the lean now is that it’s a possibility. It’s a family decision. I’d have to leave my family. I’m a divorced dad, and there’d be some kids that aren’t out of school yet and in college yet that are encouraging me that are saying, “Daddy it’s only six months, you should go.”

On being made an example of:

“Who wants to go through what I went through at Tennessee? What I went through personally and what my coaching staff went through?…It’s not death, but it’s devastating. So we serve as a very visible example — not so much for what we did — what we did was secondary for the most part as far as some of the violations and the rules, but the way we handled the investigation, it went wrong. We tried to correct it…But I don’t mind serving as an example of a very, very heavy price to pay for some of those mistakes.”

How do you think the NCAA ended up with the photograph of recruit Aaron Craft at your house, which ultimately led to the entire situation?:

“It doesn’t matter and I don’t have any idea how it got there. That’s really not the point. And I understand that there were some questions about how the picture was delivered, and the timing of the investigation, what the focus was or wasn’t, and that stuff will be discussed at a later date. Can’t talk about it now, because we’re still in the midst of the process. We’ll wait to hear what the committee has to say … All we can do is pray that we’ll be treated fairly.”

Do you think you’ll coach in the college arena again?:

“Yeah, I would. I certainly would. As soon as I’m allowed it would be my intention. I’ve been doing it my entire life and I would like to think that the good outweighs the bad. And the good has very little to do with winning or losing, it has to do with..six kids graduating this year.”

Do you have trouble forgetting about the interview that cost you the job?:

“Unfortunately it is in my mind, it is in my heart. When you wake up, when you go to bed, it crosses your mind all the time. But that’s a cross that I’ve got bear and it’s not just that interview, but it’s how everything turned out. I continue to swallow a major pill of accountability. … God’s got a plan and His plan was that we were going to be done coaching at Tennessee at this time. That was His plan. And we’re going to follow it, follow it with as much honor and integrity as we can. But I’m not going to deny that we’re sad and that we’re disappointed.”

On how poorly the entire situation was handled:

“Some of the counsel, some of the decisions, some of the moves that we made, we just couldn’t have handled it any worse. We made a situation that was bad wind up being disastrous.”

Once again defending himself when comparing to the violations other programs around the country are going through:

“We didn’t have ineligible student athletes, and we didn’t pay players, and there weren’t agents involved, and there was no academic fraud; there’s a lot of things that this wasn’t, but there were some things about it that were wrong…Those were some of the reasons why I feel like we could have gotten through this thing together.”