Chester Pitts, a player representative for the union, has stated from the very beginning of the NFL lockout in March that the players were in this battle for the long haul and were not poised to fold when it came time for training camp. The Seattle Seahawks offensive guard believes everything is going according to plan and knows without a doubt that the owners did not believe for one second that the players would be as united as they have been in their efforts to get a fair deal in the current CBA negotiations. There really hasn’t been a ton of news in regards to players complaining about missing pay checks just yet and outside of Aqib Talib’s trouble with the law, most players have relatively stayed out of trouble so far. Chester Pitts and Raheem Brock were asked to put together an online video to prank call Commissioner Roger Goodell a month ago and since then Pitts understands that he can’t follow all the back-and-fourth in the media about the NFL lockout because it’s hard to believe a deal will be done until he’s asked to vote on it. 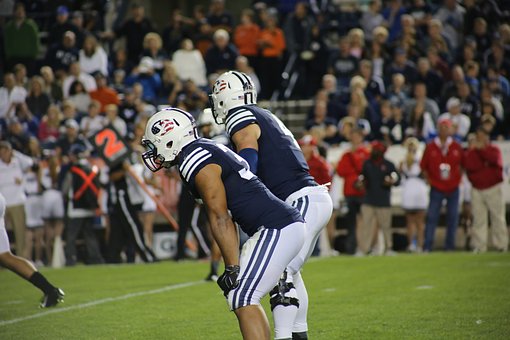 “Well I completely get what you are saying. If you were to look at that list I would say that that list is based on the guys that have had the best careers that are going to be back for next year as oppose to the very best players based on last season going into next year. I think that distinction should be made. If I had to add a player that list I would search for an offensive lineman because I gotta get the o-line some love cause you are naming these lineman. Who is the best offensive lineman?” The highest ranked lineman was Jake Long. It was surprising how few offensive lineman made it into the NFL Network’s Top 1oo Players List.

Where’s the respect for the offensive line?

“It’s one of those things where nothing we do is cool and sexy and we never touch the ball except for the center. We don’t do anything with the ball, so when there’s no flash and there is no I guess sex appeal or sexiness as to what we do we kind of fall down the list, but I would tell you this: if you named or went and talked to offensive players they would give a lot of love and a lot of credit to their offensive lineman because they are nothing without us and they know it.”

What’s your latest feel on the labor negotiating during the NFL lockout?

“I do my best to like I said not ride the wave of what’s going on in the media. My approach to this has been trying to look at the big picture and try to look at is as a long-term deal no different then if you were trying to watch your stocks in the stock market every day. You lose your mind trying to watch it every day go up-and-down, where we are close to a deal and the lawyers are there and they blew up the deal. It’s all over the place, so I’m basically preparing like they are going to call tomorrow, but if they call in two weeks to vote I know that’s when I’m ready because until I get a call and someone says this is where we are and we are ready for you guys to vote. Whether you’re 1% done or 99% done it doesn’t matter because you are not done.

How many times have you heard don’t tell me about the pain, but show me the baby?

I feel until it happens it doesn’t matter how close it is because even if you are at 99% and there’s one point that neither side wants to move on that deal is not going to be done, so you just gotta keep that perspective. There’s no telling. There’s so many moving parts. There’s so much that has to be hammered out in negotiations it’s tough to say whether it’s going to be tomorrow or in a month. You just don’t know.” It’s tough for fans to stomach the whole situation. Everyone is making money. It doesn’t make sense the owners would stop a deal where everyone is cashing in. Do you believe the owners are just going to force a deal down regardless if misses time or not because they must achieve a long term goal in winning this CBA battle.

The owners do not care if the season happens or not or even starts late?

“I would say that when they decided to lock the players out there was in their mind they are very smart individuals. They have access to the biggest brains on the planet. They knew going in we have to be at least prepared if the players are strong that we have to be strong if going the distance is what is required to win so to speak that I’m pretty sure they have at least discussed it and have planned for it. I know they did not expect the players to have the solidarity that we do have. I don’t believe there is any chance they thought that we would have hung together the way we have hung together. That there would have been no cracks even with the silly attempts at some of the stories you heard. Remember the seventy player defection that was broken off to try to start…you remember that? That ship died in a hurry. I’m still looking for one of the seventy players. You gotta be aware that there are tricks and ploys and whatever you want to call it to negotiations. It’s not the owners hate us or anything. In their eyes it’s just business and it really is. It’s just business, but you gotta be prepared to go the distance sometimes. For two-and-half years we knew this was coming and we prepared for it. That’s why we made it a point: save your money, save your money, save your money. That’s why you don’t hear guys in the media, you don’t hear a lot of bickering, you don’t hear fraction because we are all together. We know if we do stay together we will accomplish our goal and that’s getting a fair deal.”