Bobby Valentine is at once again folks. It wouldn’t be a Major League Baseball game if there wasn’t some sort of controversy, but the Red Sox manager took some major shots at umpire Alan Porter after a loss against the Washington Nationals over the weekend. The Red Sox were swept by the Nationals as Valentine was livid over some close strike zone calls that went against the Red Sox.Well, former Red Sox GM And VP Of Umpiring Mike Port feels Valentine is scapegoating umpires and making excuses for his team’s poor play. Port also doesn’t sound exactly in love with the idea of using more technology to help umpires in Major League Baseball.Former Red Sox GM And VP Of Umpiring Mike Port joined 98.5 The Sports Hub in Boston with Felger & Mazz to discuss Bobby Valentine’s claim that umpires can’t see the last five feet of pitches,  Bobby Valentine whining too much about umpires, MLB using technology for accurate balls and strikes calls and putting a computer chip in a baseball. 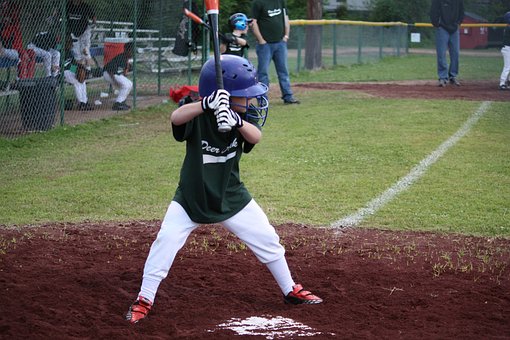 Is it true that umpires can’t see the last 5 feet of the pitch that approaches the batter, as Bobby Valentine recently claimed?

“Questionable. I don’t very much buy into that. I heard the comments on that regard, but if I may two factors. First of all most of today’s hitters we found try to get to the very back line of that batter’s box if not tread a little outside of it, so they are really in a sense behind the plate especially a guy like Manny Ramirez or Edgar Martinez.

You’ll see a lot of them do that then you are going to have a space where the catcher sits and behind that is the umpire so the real question becomes how far is that distance?

Sometimes it may be accurate, but it may not be necessary to see those last few feet because the umpire is looking at a prism over at home plate in front of him that rises up from the plate. Number two with the respect to the five or six feet as it is being commented on I think Bobby [Valentine] that study was done in the 1980′s, which is technologically speaking and literally the last century, so since then Major League Baseball has gone with a system that evaluates every umpire’s plate job to the highest scientific grade possible. It’s called the ‘zone evaluation system,’ and umpires are graded on how they call balls and strikes every game through the zone that is over the plate. Granted some games are better than others. Yes, umpires do miss pitches and they try to correct from the information on this system to see how they might improve their game, but as far as the last five or six feet? When you have a Major League umpire staff average over a season now average around 95% and that’s average over this technological system. If they can’t see over the last 5 1/2 or 6 feet they are doing a pretty good job over the plate on what scientifically constitutes ball and strikes.”

Is Bobby Valentine whining too much about the umpires?

“Yes. Precisely. I would admit my bias only knowing what I do about umpiring. Bobby’s a good baseball man and he knows the game well and he’s a good manager, but I think we all at one time or another fall prey to looking for others. It’s almost a societal thing — who can we blame? I can promise you that those in the military who are successful in their endeavors don’t go that way. They go on a no excuses basis.When I saw Bobby’s comments about the game Sunday, June 10th and the umpiring, correct me if I am wrong, but wasn’t that the game where the Red Sox surrendered a two run lead? Where one player misplayed a ball allowing a run to score? Where they had another player strike out four times and ultimately where they couldn’t score more runs than the opposition. Were all of those guys named Alan Porter? When you get down to it you are right with what you are saying. An amount of refocusing needs to be necessary. Yes umpires make mistakes and they work to correct them, but so do players. Players strike out and miss ground balls and throw wild pitches, but the endeavor within the game is to minimize those mistakes, minimize the incorrect calls and the ultimate for a team is to score more runs, so that the things that happen during the game don’t matter and thus they win the game.”

Has Major League Baseball looked into using technology for accurate balls and strikes calls? Could a computer chip be put into a baseball like in the sport of tennis?

“I think technology would allow that. The game can be really whatever we want it to be. If we want it to be technological to the extent that it’s different to what it’s played at Little League and the rest of the way up, I realize the gravity at the Major League Level, probably a lot of things are technologically possible. But is that what you want the game to be? From there perhaps we could go to the robot hitter and the robot pitcher such as a professor over in Japan has indeed invented and enhance the game by putting the ball in play frequently. A lot of things are possible. It can be anything you want it to be.”

What is the technology that can give you a ball and a strike? A computer chip in a baseball?

“Perhaps that if it touched some part of the strike zone. I think the thing to be remembered as creating is the old adage, ‘Whatever man can create man can put us under.’ I don’t mind telling you that even in the replay that Major League Baseball has now it’s has been suspected that let us say slight of hand as far as the views that might be available to umpires that are trying to make judgement boundary calls. Let me rephrase it rhetorically can the home team in their broadcast truck not allow to go down the line a view that might be disadvantageous to the home team if it is going to be a home run boundary call? To put a chip in baseball can someone from there given what is at stake at the Major League level invent a jamming device that would affect that or the home team storing the baseball fool with the baseball somehow Again a lot of things are possible, but with them foreseeably come considerations.”