Bobby Petrino Appreciates Getting Another Chance to Coach, Lands at Western Kentucky

There never seemed to be a question of whether Bobby Petrino would coach college football again, but rather exactly where he would land. We learned to start the week that Petrino, the embattled former coach at Arkansas, will take over at Western Kentucky, where is grateful to get another opportunity.Bobby Petrino joined The Dan Patrick Show to discuss the number of discussions he had about different job opportunities, why he chose Western Kentucky, if he thought about not coaching, what he learned from his situation at Arkansas, how much explaining he has to do in recruiting, a lack of trust in college coaches, Bret Bielema taking over at Arkansas and if he anticipates this being his last job. 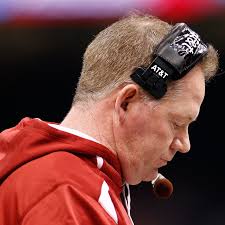 How many phone calls did you get with potential job offers?:

“It really was a family decision. This is a place we’re very familiar with. My kids call Kentucky home. I have a daughter that plays golf at the University of Louisville, and sat down with Becky, my wife, and all our children. This is the reason we came to WKU. … It’s a great opportunity to get back started in something I love to do, which is coach football.”

Any thoughts on perhaps not getting back into coaching?:

“No, I never did that have that thought. I grew up a coach’s son. I always felt like I didn’t have a job, I just had a way of life. So, there was never a thought that I would not be back coaching somewhere.”

What did you learn from what happened at Arkansas?:

“I learned that, No. 1, I’m always going to keep my eye on my family. I drifted away from what has always been most important to me, which is my wife and my children. I learned how much I enjoyed working with young men and watching them excel, and being able to look in their eyes and see the smile on their face when they did something you told them they were going to do. I think the No. 1 thing that will help me now be a better coach is I’ll spend as much time coaching the person as I will the player.”

How much will you have to explain to parents when you go out recruiting?:

“I’m going to have to explain the fact that I made a mistake, just like a lot of people have, but it’s made me a better person, a better father, a better coach. There will be a time when their son makes a mistake and I’ll be able to help him deal with it and give him a second chance. … The fact that we’ll be able to help your son excel and gain self-confidence and teach him how to set high expectations and not shy away from them.”

We have coaches always leaving other teams and plenty of other situations involving coaches, including yours. When did all of this start happening that we’ve lost trust in college coaches?:

“You know, I can’t speak for all of that, all I can speak for is my situation and what’s went on with my career and how excited I am, and fortunate, to have another chances. Now it’s time to just show everybody, and earn the trust back.”

How do you think Bret Bielema will do at Arkansas?:

Is this your last coaching job?:

“I don’t know that. I wish I could predict the future. But I do know that I really appreciate the opportunity, and it was a family decision to come here. And I’m looking forward to the challenge. I want to be able to build a program that goes to a bowl game every single year, wins the conference. We need to get ranked in the top 25 on a consistent basis and pull one of those Boise States.”