Bill Self: Kansas Basketball and the Big 12 Will Be Just Fine With or Without Missouri

Since the beginning of this entire wild and crazy mess, all of the chatter surrounding the Big 12 Conference and possible realignment scenarios has been delineated by a strong sense of doom and gloom. Texas A&M was rumored to be heading to the SEC, which in turn might mean that Missouri would follow suit. Not long after the madness began, Dan Beebe saw his term as commissioner come to an end during the frenzy.Kansas coach Bill Self added to the frenzy this week when he told reporters that he wouldn’t feel the need to schedule Missouri in the longstanding rivalry if the Tigers left the Big 12. The two schools have played every year for nearly 100 years. Self says he wouldn’t feel obligated to schedule them and that Kansas basketball and the Big 12 will be just fine whether Missouri stays or goes. This interview clearly took place before Friday’s news that TCU has been invited to join the Big 12, but that development shouldn’t really affect his stance on any of this as Missouri continues to assess its options. 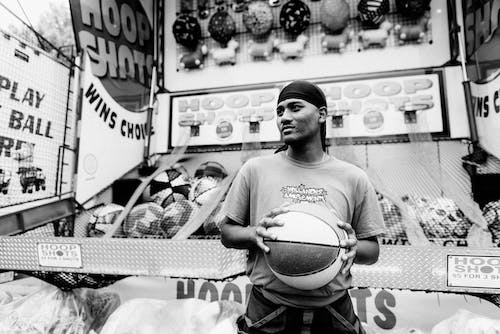 Bill Self joined KCSP in Kansas City with Bob Fescoe to discuss his stance on not scheduling Missouri were the Tigers to leave the Big 12 for the SEC or elsewhere, how the Tigers’ move out of conference would affect the rivalry in general, why he thinks the Big 12 will be fine regardless of what changes are still to come, all of this shifting being all about money and whether he feels there is any stability within the conference right now.

You said this week that you would consider not playing Missouri — a team Kansas has played every year since 1907 — in a non-conference game if the Tigers left the Big 12. Expound on that:

“I don’t know what’s controversial about it. We’ll do whatever we feel like we should do and what’s best. I’m not obligated to do anything just like they’re not obligated to do anything. Who would know if they would want to continue to play Kansas. Certainly I would feel no obligation to do so. … We’ll wait and see. The bottom line is this, I don’t want that. I want Missouri to be in our league. Missouri and Kansas are good together even though it’s a hatred rivalry. … I would hate to see it go, but if it does, it does.”

Do you feel like, even if you did play Missouri, that the rivalry would feel the same?:

“That’s exactly right. You look at Illinois and Missouri. I was a part of that rivalry. It’s great. But it’s not so great that they feel like football has to play. … It’s just not the same. Your rivals are the ones that are in your league. Your league is so much more important than any non-conference game. I guess Kentucky-Louisville is a great non-conference rivalry, but they’ve always been in different leagues. … When you go from being a rival in the league to being outside the league I don’t see how it would ever be the same.”

What do you think would be the situation at Kansas if the Big 12 would collapse?:

“First of all, I haven’t heard from my higher-ups at all since three weeks or two weeks ago that the Big 12 will fold without Missouri. There may be speculation … but Texas wants this to work and from what I gather OU is kind of on board with Texas now. … We can go get schools. If the commitment is made by the other schools, if we have a core eight, eight’s not bad. … But I think we can go get schools from other leagues and bring them in and have a great league. … I think our league is here to stay. … If it wasn’t, then I think that it would hurt Kansas basketball, I’m not going to lie. I think would hurt Kansas basketball, but the thing about it is I don’t think it would kill us.”

What are your thoughts on this whole conference realignment movement when it comes to being all about money?:

“That’s the appearance, but all our rules, within the NCAA, is about student-athlete welfare. … All these things are the movement of the NCAA to toughen academic restrictions. That’s what the presidents want, which, hey, when you raise the bar, usually people follow. I’m not saying good or bad with that, but if that is the case, give the kids the best chance.”

Do you feel there is any stability in the Big 12 right now?:

“There’s not. But, if anybody thinks that the Big 12 won’t be better than it’s ever been, if everybody’s on board to sign these long-term deals and make the buyouts where you can’t get out or the cost would be so expensive, and add a couple of teams or whatever they’d choose to do, this league goes from being the appearance of being unstable to the league that maybe schools want to get in. … We can get to the point where there is stability. I feel really bad for our ex-commissioner because he was really a good guy, but he was captain of the ship whenever there was so much instability nationally. … Stability I think will come with Missouri staying, to be real honest with you. But if Missouri doesn’t stay, I think we’ll be fine, but there will be the appearance of instability because they leave in the short-term. But in the long-term, schools in the Big 12 are going to win out.”

One Response to “Bill Self: Kansas Basketball and the Big 12 Will Be Just Fine With or Without Missouri”

Back in ’93, the Big 10 was going to invite Kansas to be a member. The Big 8 scrambled to put the Big 12 together to keep Kansas. KU stayed committed to it’s Big 8 partners and “rivals” and now, over a decade later, those same partners and rivals are showing their true colors. Mizzou will never get a bid from the Big 10, ever. If the SEC does decide to accept MU, it is not becaue of the university, it is because of the state. It seems that MU wants the Big 10 because they think they have class. But lets be honest, if KU was in MU’s geographic location, the Big 10 would have already invited them, again. MU is not that prestigious, although they certainly think they are. KU should have took that Big 10 invite back in ’93 instead of trying to be loyal to members of a conference that have none.