Bill Hancock Makes His Case for the BCS

This season there are three undefeated teams in college football, but with the current system in place, only two of them can play for the National Championship. While Auburn and Oregon will be fighting for the coveted crystal football, TCU will be in Pasadena to take on Wisconsin in the Rose Bowl wondering why they don’t deserve a shot based on their undefeated record as well. The reason is because there is no playoff system.I’ve been an advocate of a playoff as long as it preserves the regular season. The regular season in college football is as good as it gets. Every single week, teams are fighting for their championship lives and it adds more intrigue on Saturdays. And while I also love March Madness and I’m glued to my TV in anticipation for the NCAA Tournament, I also understand that college basketball’s regular season is not nearly as exciting as college football’s. If college football were to decide to go the same direction as college basketball, then a lot of luster would be taken off the regular season. So what’s the best solution? Something in between. No way can there be a 64 team playoff or a 32 team playoff, but an 8 team or even just a four team playoffs could still keep the intrigue of the regular season and at the same time, it gives an undefeated team like TCU a chance at college football’s most prized trophy.Bill Hancock, the Executive Director of the BCS joined KJR in Seattle with Mitch Levy to talk about the error that came up earlier in the week with Boise State and LSU, why TCU is playing in the Rose Bowl as opposed to a Pac-10 team like Stanford, what he thinks of March Madness and whether or not it is possible that college football has something like that in the future. 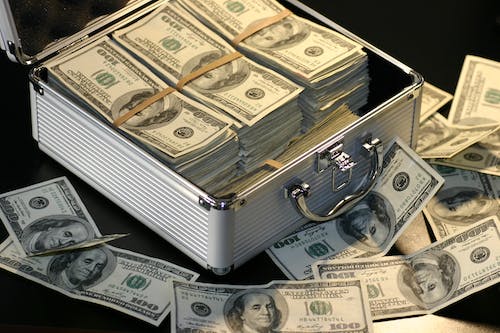 On the computing error last week with Boise State and LSU:

“We had an unacceptable ranking by one of our vendors. We buy these computer rankings from some of the best computing people in the country and one of them last week omitted a game from his rankings. It was an FCS Playoff game and he just omitted it. He feels horrible about it and he should. I feel worse than he does. It’s unacceptable and we can’t have it again. The mistake actually helped Boise State. They moved from 11th to 10th and LSU moved down. It never should have happened. I’m pretty ticked about it and we’re going to make sure it doesn’t happen again.”

On Stanford not playing in the Rose Bowl this year:

“As you probably know this is a one-time occurrence during this four-year period. In other words the Rose Bowl agreed that if a Pac-10 team or a Big Ten team went to the Championship game one time during this four year contract that the highest ranked non-AQ team would play and that’s how TCU is in the Rose Bowl this year. There is no obligation for this to happen in the next three years and I don’t think it would happen. How this came up was the non-AQ teams had an opportunity to play in the other three BCS Bowls, but there wasn’t an opportunity for them to play in the Rose Bowl because the Big Ten and Pac-10 had both slots locked up. The commissioners thought wouldn’t it be nice if we could find a way that another non-AQ team could play in the Rose Bowl and this was a solution that they came up with. (Host: What commissioners? Not the Big Ten and Pac-10 Commissioners) They understood when their colleagues said can we figure out a way to make this happen. I don’t know how thrilled they were with it, but for the greater good they decided once in every four years it’s an appropriate thing to do.”

His thoughts on the NCAA College Basketball tournament and why they don’t go that direction:

“Oh my goodness. I love the tournament. I totally understand that fans love their March Madness bracket, but let me tell you the two reasons why we have the BCS instead of March Madness. The first one is to preserve the regular season. In football, we have the greatest regular season in any sport. Frankly, in my beloved sport of basketball I’m concerned about what’s happening to the regular season because all the energy is going into March. If we had that in football, it would be a horrible thing for college sports. We keep the focus on the regular season here, every weekend is a playoff. The other thing is we preserve the bowl system and the bowl experience for athletes. It’s unmatched. It’s a six day reward for every team at the end of the season. If there were a playoff that would mean a series of one day business trips because the players would fly into the sight Friday, play the game Saturday, fly back home Saturday night and get ready for next week. For the student athletes there’s no question what’s best. I totally get it that fans would like to see something different, but I just ask people to think about if you were student athlete which would you rather have?”

On finding a way to please everyone:

“When you try to please all the people you wind up not pleasing any. You can put in one today. The issue is no one wants to change the experience for the student athletes and to me that’s the bottom line.”