Did you hear the news? Michael Vick was named the Philadelphia Eagles’ Week 3 quarterback not long after going on the record to say  that Kevin Kolb would be the team’s starter. In case you’ve been away from all media this week, take a listen to head coach Andy Reid explain his rationale.Reid joined Colin Cowherd on ESPN Radio to talk all about his decision to name Michael Vick his starting quarterback for Week 3 – why he made the decision, how the decision wasn’t an indictment on Kevin Kolb, etc. 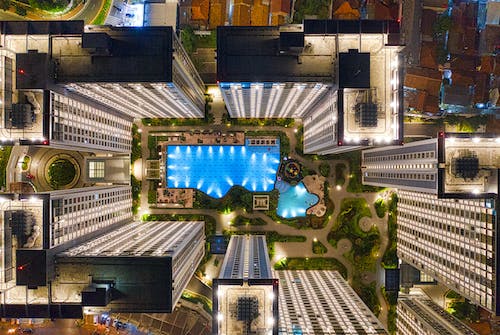 On just how controversially he knew the decision would be received:

“I knew there was going to be controversy. That’s why Jeff Laurie pays me what he pays me, and I’ve got to make decisions like this. At the same time, I’ve got to make sure to protect the players and the football team, and they’re always number one on my mind there.”

On what play or plays while watching film convinced him to change his mind and name Vick the starter:

“Well, there were several. He’s just playing at a really high level right now, it’s really that simple. That’s hard not to put on the field, so that’s the route we went.”

On if he thinks Vick can handle the scrutiny of being the quarterback in Philadelphia:

“You know what Colin, the things that he went through the last three years…the last three or four years actually…I think that makes you grow up real fast. So if he wasn’t mature before, I think he’s there now. He’s been so diligent about making his game better than what it was before he was incarcerated and he was pretty good back then, as we know. And he’s worked on that pocket part of it. And I don’t sit there and hammer him out staying in the pocket, I want him to make his own mark on the offense. But at the same time, I want him to look down the field. If he does it from the pocket, that’s great, if he moves, make sure he keeps his eyes down the field. And he’s doing that. He’s shown that he’s mastered that here over the last several games.”

On how Kevin Kolb has taken the news:

“Well, listen, he’s one of the most competitive guys I’ve ever been around. And this has nothing to do with Kevin Kolb’s performance. I mean, I’m a huge fan of Kevin Kolb’s. The thing that you know as well as I do, is that young quarterbacks – first-year quarterbacks, the first year starting quarterbacks in the National Football League – they need a little room to grow, it’s really that simple. There’s a maturation process that takes place, and the team’s right with you. They’re right there with you, growing with you, and it’s a great thing to watch. Now, when somebody is playing at the level that Michael Vick is playing at, that really negates that maturation process. That’s not there anymore; there’s no room for that. So, you just got to take one little step back, and with Kevin, you take one little step back here to take one huge step in the future. This guy’s going to be a great quarterback for the next ten years. He’s got just a tremendous, tremendous future ahead of him.”

On if the Eagles would entertain trading Kevin Kolb:

“How foolish would I be to trade Kevin Kolb. I mean, really, this kid here, I’m in a great situation and I mentioned this yesterday to our media: this is a beautiful thing in my eyes; I’ve got a completely different perspective than what the general public and maybe what the media was presenting me yesterday in my press conference in that I’m sitting here as an NFL head coach with two quarterbacks that I know can win me a championship. That’s a great, great thing. There are a lot of head coaches that can’t say that.”

On what his commitment to Vick is – game-by-game, or will he give Vick at least a handful of games as the starter: