How about that for a rebound game by the New England Patriots? A week after getting outplayed by the Cleveland Browns in all facets of the game, the Patriots took it to the Pittsburgh Steelers for four quarters during Sunday night’s 39-26 win. Tom Brady was outstanding, throwing for three touchdowns, over 300 yards, and zero interceptions. Coach Bill Belichick continued his remarkable streak of not losing consecutive games. Only twice in his long tenure with the Pats has he lost back-to-back games. He’s never lost three straight. Crazy.Belichick joined The Big Show on WEEI in Boston to talk about how the Patriots spend extra time in the offseason preparing for certain games on their schedule, the pressure his defense put on Ben Roethlisberger all evening, the solid contributions of his tight ends in pass protection, the collectively great job the Pats did keeping Brady upright, if utilizing Rob Gronkowski so heavily in the passing game was intentional, shutting down Rashard Mendenhall and the Steelers’ rushing attack, and on looking forward to next week’s matchup against Peyton Manning and the rival Indianapolis Colts. 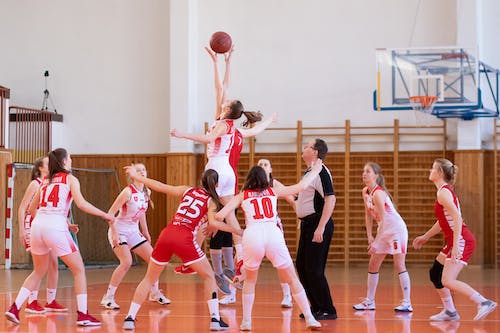 On being acclimated to playing multiple prime-time games each year, the effect that has on preparation time, and on how he and his coaching staff try to make up for that lost time by doing extra prep work for certain weeks during the offseason:

“One of the things we try to do is in the offseason, when we know we have a short week, we really try to make sure that we put a little bit of extra time into those teams in the offseason. Not that we don’t do it with everybody, but put a little more into those and make sure that we have a real good basis when we start the process with the team. We get everything all ready that we can from last year and the offseason, thoughts, and talking to the other coaches and so forth – you get as much of that done ahead of time as you can so that you’re going to be crammed for time already on a short week. So we try to do that. Next week in Detroit will be a real good example of that.”

On the good job the Pats’ defense did pressuring Roethlisberger all night, and on if that was a specific focus of the defense heading into the game:

“Well, believe it or not Glen, we go into every game trying to get pressure on the quarterback. I mean, we never go into a game and say let’s let that guy sit back there and throw, we don’t want to put any pressure on him. So again, our players got some good pressure on him, they rushed well. Certainly to be ahead in the game the score was advantageous, we had a couple of long yardage situations – a couple of 2nd-and-2os, a couple of 3rd-and-20s, or whatever it was. So that always helps the pass rush. And I thought in the earlier part of the game, our coverage did a good job of getting on the receivers so that he didn’t have anybody real early to throw the ball to cleanly. Even on the Hines Ward pass over the middle with James Sanders it him cleanly – plays like that where we had guys pretty close, so that in other plays like that, he had to hold the ball and that gave our rush a little bit more time to get there. So it was good team defense and some of the sacks and hits on the quarterback actually came from him holding the ball, not that we just broke clean on the pass rush, but he had to pull it down.”

On the outstanding contributions of the tight ends in pass protection:

“Well, very valuable. They had a big part in it, and of course, when you have good outside linebackers like Pittsburgh does in Woodley and Harrison that you’ve really got to account for on every play…one of the problems with them is once they get started with the rush, once they get two, three, or four steps into the rush where they can build up some speed and momentum then get into their pass rush moves, it’s a problem for anyone to block them with a tackle. But again, having a tight end that can be on the line and take those guys on early before they get started, sometimes with help from the tackle, sometimes without it, sometimes with a play-fake. Just being able to get on them a little bit quicker was certainly a big factor in the game-planning for the Steelers.”

On just how heavily they planned to utilize Rob Gronkowski in the passing game after his miscues the previous week:

“I think the overall plan as it usually is is to get everybody involved, to have everybody involved in the passing game, and then depending on how the coverage goes, throwing to the guy with the best matchup. In Gronk’s case, the first touchdown, or both touchdowns actually, came against the corner Gay. And you know, that’s a tough matchup for a corner against a 6’6″, 260-something-pound tight end. They can run with him, but they have trouble with their size and their overall target because there are  so many places you can put a ball to a receiver that big. Smaller guys just can’t get around ‘em to get it. So, really both of those came on that matchup. Tom saw the matchup and really used Rob’s size to put the ball where he could get it and Gay couldn’t. The play-action pass, he just came open in the flat after the play-fake. It looked like Pittsburgh kind of lost him there. So you know, we never go into a game saying this guy’s going to catch 10 balls, this guy’s going to catch eight, this guy’s going to catch six, this guy’s going to catch two – that all depends on how they defend the formation, how the coverage is set, and who’s open, and that’s who we’re going to throw to.”

On the Pats’ excellent job of stopping Rashard Mendenhall and the Steelers’ running game after the Browns shredded their defense on the ground a week ago:

“Yeah, we got some big plays early. I thought Mayo had a big play when he made the tackle in the backfield. Really Vince caused that play because he forced the cut-back. Jerod shot in there, made the tackle in the backfield. They tried to run off-tackle a couple of times early in the game and we did a pretty good job on those. Our secondary – Chung, McCourty, Arrington – those guys did a good job of tackling. Like you said, it was really just the one play that shot out of there where we had an extra guy, we had a guy but we kind of got screened off, and Spikes kind of bumped into McCourty there and he was able to get through and get down to Merriweather. But overall our team defense was pretty solid. But again, that’s what it comes down to – team defense. No one can stop the running game, and if one gap is open, a good back will find it, which Mendenhall is. So it’s really everybody taking care of their job, and then doing a good job of tackling.”

On how difficult it is to disrupt how Manning likes to operate for a variety of reasons:

“Yeah, it’s the combination of he has good plays on against your defense, and because they’re good plays, he sees it and gets the ball out of there. He doesn’t take many hits. And they do a great job of attacking of whatever defense you’re in, they do a great job of attacking. If they don’t have the right play called then they can change it and get to one. You can say ‘well, you can disguise him and you can fool him’ and all that, but he’s seen a lot of it and he’s right most of the time.”

On if there’s anything left for him to throw at Manning & Co. having played against him and the Colts so many times in recent years:

“Well it depends on what you have, that’s the main thing. You kind of know where they’re going to be, kind of. Then you decide what you have, and the players and the scheme that you have, and what is the best way to defend them. Hopefully you have the things in your defensive system where you feel comfortable playing against them, but if not and you have to put in a new thing in your system, then you can do that and just have it for that particular game. But really what I think it comes down to is what players…because whatever players you put out there, theyre going to have to play the whole game. If they leave that same group on the field, then you might have to play the whole game, because they’re not going to let you substitute. So you can’t put in regular on one down, and then nickel on the next down. They don’t sub and they’re not going to let you bring them in. So you’ve got to be ready to live with whatever you have – 1st down, 2nd down, 3rd down, just like they do. And I think that’s where they get you: they find the mismatches in your personnel or your scheme, then they continue to exploit it until you do something about them. Then once you do something about those, that inevitably creates something somewhere else. And that’s kind of the way they try to attack.”