Bill Belichick could be in hot water with the NFL after making physical contact with an official in angry fashion following a controversial last-second loss to the Baltimore Ravens Sunday night. As Belichick waits to find out if he’ll be fined, he’s not concerning himself with the incident or the replacement officials in general.Bill Belichick joined the Big Show on WEEI in Boston, discussing the contact he made with a replacement official leaving the field Sunday night and the level of communication with the officials. For the most part, though, Belichick — unsurprisingly — refuses to say anything about the referee lockout, the scabs and the level of officiating. Belichick did open up a bit, however, and he had some interesting things to say about victory formation defense in light of the Bucs controversy. 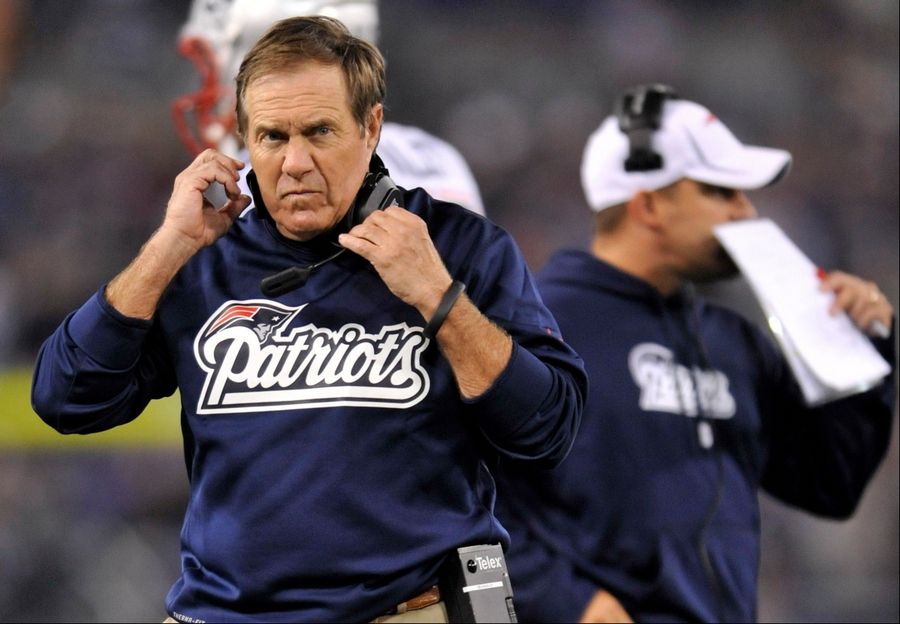 On the incident that occurred in the moments that followed Sunday night’s game:

“I wasn’t really questioning the call, I was just looking for an explanation as to whether the play was going to be reviewed or not.”

On if he’d usually get an explanation in a situation like that:

“I’d say overall that the officials are pretty good about explaining things. Sometimes it’s not as timely as maybe what you’d like it to be because they have to get the information from the other side of the field or another guy who made the call or something like that. But I would say normally — I’m not involved in a lot of those type of plays — but normally they try to explain to you what happened once they can get it from one of the other officials…or whatever it is.”

On the team having to improve:

“We just all have to do a better job — coaches, players, everything, all three units, running game, passing game. There’s plenty of room for improvement all the way around. And in a close game like that or a close game the week before against Arizona, it wouldn’t have taken much.”

On Greg Schiano having his team bullrush the Giants in victory formation:

“It’s a 60-minute game. … We always tell our players that we should expect our opponents to play their best football and play hard for 60 minutes. So when we step on the field, we expect our opponents to play hard for 60 minutes, regardless of the score or situation. In a situation like that, it’s — to me — no different than a field goal team protecting a field goal kicker. When the quarterback takes a knee, the offensive line and the other two guys that are up there with the offensive line, it’s kind of their job to protect the quarterback. … I don’t think he should get hit. He really shouldn’t if you do it right.”