Benjamin Brafman: “There Was Never a Plea Offer on the Table of a Day Less Than 2 Years”

I tend to stay away from stories that have a legal aspect to them.  I just don’t feel qualified to write about stories and comment on the legal proceedings.  This interview with Plaxico Burress’ lawyer Benjamin Brafman is an exception.  Today Plaxico Burress accepted a plea bargain that came with a two-year prison sentence for attempted criminal possession of a weapon.  He’ll most likely be out of prison in twenty months.This interview with Benjamin Brafman on ESPN Radio Chicago is exceptional.  Brafman has a way of speaking to the laymen and simplifying the legal jargon.  He actually made me feel a bit sorry for Plaxico Burress.  Didn’t think it was possible.  He goes into detail about the false reports of there being a plea offer that was less than two years, questions the lack of discretion available to judges in New York, how no team was going to sign Plaxico this season due to legal limbo he was in so they pushed for a quick plea, whether Burress will ever play in the NFL again, and on Burress getting more time than Stallworth. 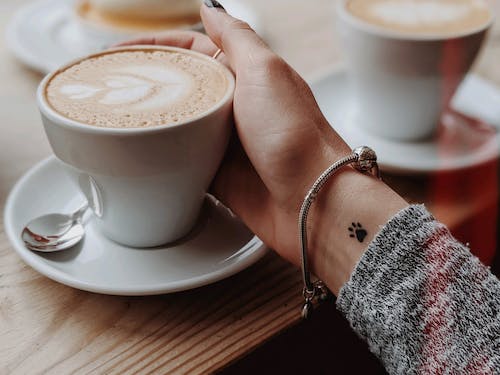 Were reports true that Burress could have gotten only 3 months?

Are gun laws in New York too harsh?

“I think the gun laws in New York are fine. What I find unpleasant and inappropriate about the laws are that they don’t allow judges any discretion. You have mandatory minimum sentences that must be imposed regardless of the circumstances. And if you do that you take away the discretion of the judge to consider mitigating circumstances. We’re almost taking the judge out of the equation. And I think that’s not a good thing for the criminal justice system. I think if we appoint or elect judges, we presume to have confidence in their judgement and they should be allowed to decide the appropriate sentence in a case and do it on a case by case basis and New York does not allow that.”

We thought nothing would occur in court until after the season. What happened?

“There is a way to extend these proceedings interminably. You can file motions, you can have a trail, if there’s a conviction you can file an appeal. In this case it could go on for a significant period of time. It is then obvious we opt to commissioner Goodell as to whether or not to suspend Plaxico Burress and if so for what period of time that period of suspension should begin. We became concerned that no team was gonna sign or think about signing Plaxico this year unless they had an absolute guarantee that he would be available to play the entire season including the postseason if necessary. And you could not give anybody that guarantee. There was also in my judgement no way out of this case the facts have never been in dispute. The Giants were informed within minutes of the shooting that the gun was Plaxico’s gun, it was registered to him. There’s no real defense to these charges. And once the grand jury indicted, the question arises do you extend this litigation just for the extent of extending it with no hope for acquittal and no hope for a better resolution or do you take the least of the terrible choices available and hopefully put this behind you as quickly as possible and to his credit Plaxico agreed to accept responsibility now rather than delay this for another 6 or 8 months because we would have accomplished nothing. If anything good comes out of this terrible tragedy then maybe this is a statement to young men and women in New York in professional sports that the gun laws in New York are severe and the judges have no discretion. It’s a terrible terrible result in this case because I don’t think Plaxico Burress deserves a 2 year prison sentence. But that’s the best that we could do.”

Does he ever believe he’ll play in the NFL again?

“I think his mindset is he’s sad but foremost he has embarrassed himself and his family. He’s a good husband. He has a young boy now and a young daughter due to be born in November. There’s a family side to this issue that’s quite sad. Professionally he has obviously stopped one of the great brilliant athletic careers at least for now. He’s 32 so he’s hopeful that he can play again. He’s hopeful that when he comes out people will give him a shot if he stays in shape and stays healthy, I think he can play again. But right now Plaxico Burress is thinking about family issues. I think football is important to him but most important are the family issues.”

Do you have an opinion on Burress getting more time than Stallworth?

“That’s the point I was trying to make. In the Donte Stallworth case there is no mandatory minimum prison sentence that was required. There were circumstances in that case that allowed some mitigation. The family of the victim was compensated, approved the plea agreement. There was extended probation, extended home confinement. A lot of creative things that you could do when there’s no mandatory prison sentence. But if you ask the average person on the street does it make sense for a vehicular homicide case to get 30 days for killing someone when they are drunk and Plaxico to get 2 years when the only person to get injured was himself and was a lawful gun, I think most people would scratch their heads and say this doesn’t make sense. And that’s the point I made, when you take the discretion from judges by making sentences mandatory, every now and then you have a sentence that is simply too harsh in my view for the circumstances and the facts of a particular case . And unfortunately for Plaxico,  he used some bad judgement and there was a confluence of factors that all came together to create a set of circumstances that he could not escape from.”