Russell Wilson is arguably the league’s hottest quarterback — not bad for a rookie third-round pick. Now Wilson and his Seahawks go up against the conference’s top seed on Sunday, but at least they enter that game knowing Wilson has already won more playoff games than Falcons quarterback Matt Ryan has.Falcons head coach Mike Smith joined The Rude Awakening on WCNN in Atlanta to discuss the Seahawks, Russell Wilson and the team’s approach to the bye week before beginning the playoffs. 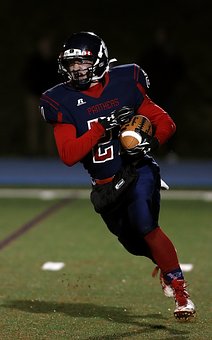 On Russell Wilson and the Seahawks offense, which they have to deal with on Sunday:

“They’ve really morphed as the season has gone on. I’ve watched all 17 games over the last couple of days, and last week, and you can see the maturation process of the quarterback in terms of what they’re allowing him to do. And you can also see a change, philosophically, of what they’re trying to do and how they’re trying to use the quarterback. … He’s a lot like Fran Tarkenton in terms of being able to extend plays, and … that puts a lot of pressure on defensive backs and linebackers.

On Seattle’s performance as a whole against Washington:

“I was very impressed with Seattle’s resiliency. To fall behind on the road 14-0 right off the bat and to fight back and to play as efficient as they did on both sides of the football is very impressive.”

On the team’s bye week routine being different this year than it was two years ago when they were crushed by the Packers in the divisional playoffs:

“Last week we changed up what we did in our bye week. Our volume of work was much more than what we did two years ago when we were in this position. We worked four days, albeit we didn’t work as long during the day. … But I really believe once you know who you’re playing and when you’re playing, you gotta get back into your routine.