As the Draft Approaches, Former Top Pick Alex Smith “Gets to the Good Stuff”

He may not be the greatest quarterback in NFL history, or even deserving of the first overall pick  in the 2oo5 draft, but Alex Smith is a likable guy. Smith had an undefeated college season with a unique offense under Urban Meyer at Utah, is smart – he scored 40 out of 50 on the Wonderlic – and has put forth maximum effort in a difficult NFL career that has forced him to learn under five different offensive coordinators. He also doesn’t like the QB rating – which, as of today, is why I like him.The QB rating is a ridiculous statistic. Just fathom a stat where 158.3 is perfect, where components of the stat are arbitrarily capped throughout, where a player who does not complete a pass can achieve a higher rating than one who does and where the entire formula is predicated on 66.7 being average – if the average quarterback plays in 1970. How silly is that? And yes, I could provide a solution (Smith probably could as well), but we’ll hold off on that for now.Alex Smith joined Murph and Mac on KNBR in San Francisco to discuss the NFL Draft, QB ratings, having a second season with the same offensive coordinator, the team’s vision for the season, and former GM, Scot McCloughan, who recently left the team. 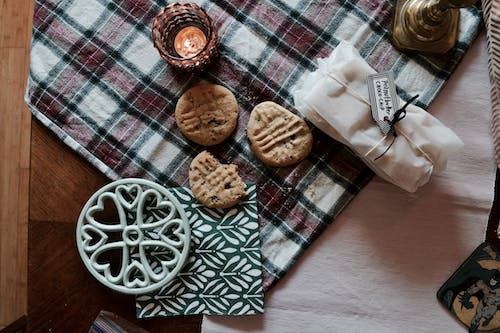 On positions he would like the team to draft:

“This is a nice thing. We are to the point as a team that we need to take the best player available – the player that’s going to come in and help us most win games next year. I don’t really know what position that is.”

On if he looks at the quarterback rating:

“The quarterback rating is something that gets a lot of attention with the NFL. Even within the NFL – not just with fans or fantasy players – even in the NFL, it’s something that can help, but it’s also something that isn’t always true. I can play games where we  are losing and we are behind by three touchdowns and I can go out and get a bunch of completions and check the ball down and maybe throw a touchdown late and my QB rating may be 105. But did I really do anything to help us win the game? And I could also go out there and we could win the game, and it could have been tight the whole time and I tried to put some balls in there and maybe I threw a pick or threw some balls away to avoid some sacks, and my QB rating was 62, but we won the game. In my mind, maybe I played better with the 62 than the 105. I think maybe give us a chance to win is what I am trying to say. I think the QB rating can be deceiving. If a quarterback plays safe and is always thinking about his QB rating, then he is not putting his team first. There are some good things about it, but I think it sometimes gets too much attention.”

On having consistency with an offensive coordinator:

“The thing that I have noticed over the last month or so, is that there are so many more details that you are getting into than in year one. In year one, you are just getting into the fundamentals to kind of build that foundation. At this point, you are really able to gloss over that stuff and get to the good stuff. You are really able to address – looking back at our film from last year – things that we didn’t do so well and how we are going to fix them. What are the things that give us problems? How are we going to address those going forward and what are the answers come season time.”

On his vision for the 49ers:

“I am talking about expectation level and the confidence in doing it. Last year, knocking on the doorstep and letting games slip through our fingers left a sour taste in our mouth – a frustrated taste in our mouth. I think we are ready to overcome that and take the next step. I think everyone in this building expects that. That’s our expectation. Our expectation is playoffs. We’re not going to take anything less than that.”

“I can say that when that first happened and all that went down, yeah, it was a little alarming when your GM leaves 4-5 weeks before draft… I think there is so much preparation work that goes into it that come draft day, they are going to be ready for it.”