The biggest move of this offseason was made by the Washington Redskins and while they have been rightfully criticized at times for overspending on free agents or going overboard in the offseason, this time there is no reason to criticize what Washington did. Their biggest weakness a season ago was shaky quarterback play. In fact, it has been that way for quite some time. Washington hasn’t won more than 10 games in a season since 1991 and the deal they made this offseason to acquire the second overall pick in the draft was made to reverse their fortunes.While nobody has a crystal ball and can’t see into the future, this was a no-brainer for Washington and the future looks bright because of it. They needed a franchise quarterback more than anything else and Robert Griffin III certainly looks the part. He has the arm strength, the accuracy, the intelligence and the leadership qualities that people around the NFL covet.Not to mention he is one of the best QB prospects to come into the NFL Draft in quite some time. Super Bowls aren’t won in the offseason and everyone recognizes that, but Super Bowl dreams can’t start until the most important position is figured out and now with Griffin, it doesn’t seem that far-fetched for Washington to expect those things down the road. 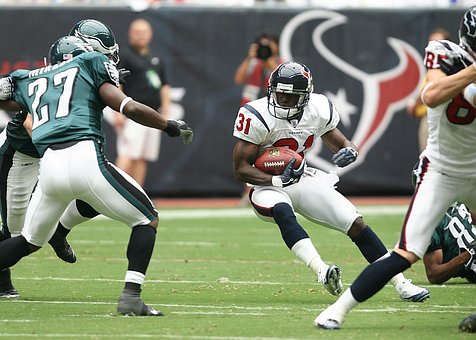 Art Briles joined ESPN 980 in Washington D.C. with the Sports Fix to talk about what Redskins fans can expect from RG3, on the fine line between cockiness and confidence, when he knew RG3 was going to be something special, how easy RG3 was to coach, and how much conversation he has had with the Redskins brass.

What Redskins fans can expect from Robert Griffin III:

“Oh shoot just big time ball. He’s a guy that can do it all. You mentioned the word franchise and that’s what he is. I was trying to think back in the day and Washington’s franchise quarterbacks and he’s the type of guy that everybody is going to fall in love with because of his passion, his eagerness, his desire to excel. He’s a tremendous competitor with a tremendous amount of ability.”

On the fine line between cockiness and confidence:

“It is a fine line and the thing that I have learned having the opportunity to coach some premiere athletes over the last few years is for a guy, you say ego, I think you have to have an ego if you’re going to be a tremendous person or be tremendously great. I think that just fuels it. A guy that is normal like myself  I can have a big ego but you have to have something to back it up with and you have to have talent and you have to have unbelievable athletic ability and that’s what fuels your ego and that’s what gives you a chance to be a great leader so a lot of guys can want, feel and act like it’s going to happen but unless you have the whole package together it’s not going to happen. That’s the great thing about Robert. He’s a guy who understands what he’s been given and knows how to use it.”

When he knew RG3 was going to be something special:

“I actually knew it when he was a junior in high school. He came to a football camp that I had in Houston and Robert is a tremendous track athlete, he was the national leader in the intermediate and the highs when he was a junior in high school and had the fastest times in America so I knew he could run but when he came to our camp and threw the ball for the first time, the first time he threw the ball I told our coaches ‘hey we have to hide this guy. If it gets out that he can throw this way and be able to run like he can we’ll never get him.’ He came from a real run-based offense in high school where he really didn’t throw the ball that much, he was under the center all the time, and never had a chance to showcase his talents. The first time I saw him throw the football I said ‘hey this guy is different now.”

“Tremendously easy to coach. Like I mentioned before he’s a fierce competitor with a tremendous amount of belief. The only way you have that is to be extremely gifted and talented which he is. And intelligent which he is. It was a deal where we’re feeding him as much as we can feed him and then letting him go eat.”

How much conversation he has had with the Redskins brass:

“They were at the Pro Day of course and I spent a little bit of time with Mike (Shanahan) and Kyle (Shanahan) then and then spoke with Kyle on the phone a couple of times since that time and talked to the GM a little bit that day at the Pro Day so it’s not a deal where they’re not showing their colors like a lot of people do in the draft. I think everyone knew why they were there and who they were there to see. The only person that was more unhappy with me at the Pro Day then me was Mike Shanahan because Robert looked really good. He was the only guy less happy than me that day.”