Could the Los Angeles Angels Be the Philadelphia Eagles of Major League Baseball?

A decent season the year prior. A slew of big-name offseason acquisitions. A plethora of media hype. Could it be that the Los Angeles Angels of Anaheim are simply a “Dream Team” statement away from going down the same path as the Philadelphia Eagles?Angels manager Mike Scioscia hopes not, after seeing the Eagles fall short of the NFL’s playoffs this season. But that hype built quickly this week as Albert Pujols showed up to camp early with plenty of attention. He joins pitching acquisition C.J. Wilson and a lineup that has Scioscia expecting to make the World Series — with the caveat that those are his same expectations every year.Mike Scioscia joined ESPN Los Angeles with Mark Willard and Jalen Rose to discuss how life is different with Albert Pujols around, Bobby Abreu publicly stating that he wants to play every day, if he expects any trades in March, preseason expectations and if the Angels are like the Eagles. 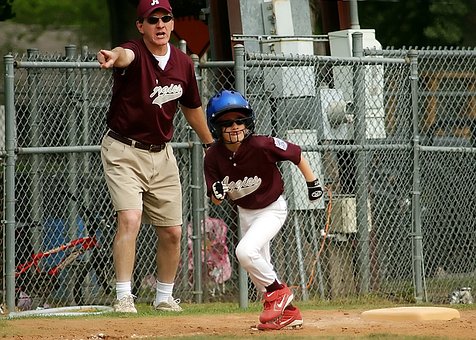 How is life different now with Albert Pujols on the team?:

“Well it’s different in a good way. Naturally, when you gain the best player in baseball and you have him in your team’s uniform in his prime, it’s an incredible lift for everyone. Just being around him a couple days, not only do you see why Albert’s such a great player but how’s been able to remain so consistent for so many years. He has an incredible routine and I think he came in early just so he could get used to his routine.”

On the situation involving Bobby Abreu, who has said he’d like to be traded if the Angels aren’t planning on using him every day:

“Bobby is a professional. We’ve had some very candid conversations. There’s nobody in this organization that doesn’t respect Bobby to the max and understand what a great talent he’s been in his career and what he’s meant to our organization over the last couple years. I wouldn’t expect anything different from a player of his caliber to want to play every day. We’re in a situation now where we have a deep offensive lineup. … We need Bobby’s input to our club, we need the presence he can bring, we need him to contribute and perform well when he gets a chance to play. How many games it’s going to be remains to be seen right now.”

With the logjam of offense in the lineup, do you expect to see any deals done in March?:

“No, I think our offensive depth is something that we’ve been searching for for years. There have been too many years with us where we’ve had to go back and try to find players and try to stretch our lineup. … Right now we have a deep lineup that gives us a chance to match up at some positions. It’s going to give us a chance to get some veterans off their feet a little bit and keep them stronger for the long run. … I welcome the offensive depth and hopefully it’s going to have an impact on us being a little more productive.”

What kind of expectations do you have for this club?:

“The expectations don’t go up depending on what your payroll is necessarily. Our expectations have always been very high here. We take spring training with one goal in mind. We want to get to the World Series. It hasn’t changed around here going on 13 seasons. … I think a player has to deal with that kind of fog over his head of a big contract where the media can make it an issue. But I think these two guys have played for a while. C.J. [Wilson’s] very focused. He knows that now that he’s getting paid $70 million doesn’t mean that he has to be any more of a pitcher than he was last year. Albert Pujols, obviously with the long contract, he’s not going to do anything more than he’s done his whole career. You want to go out there and play baseball and get into your game.”

Does it feel, with the offseason acquisitions, that you’re like the Philadelphia Eagles?:

“Well, a couple things with the Eagles, they got a tremendous secondary with the Dream Team, but they had to form an offensive line which was late jelling. With us, I think we have the depth that we’re looking for. We certainly have the middle of the lineup. … I think we have a lot more depth, something that’s more tangible. I will say, you’re right, the expectations of our media are very high and our fans, but we see it as very tangible. Our focus isn’t going to be on what the media thinks, what the rest of the league thinks, it’s what we need to do and how we need to play the game.”