Antrel Rolle: “We’re the New York Football Giants. We are not going to go out without a fight.”

Just three short weeks ago, the New York Giants were 6-2 and coming off a headline-grabbing win over the New England Patriots. Fast forward to the present and the Giants are skating on thin ice at 6-5 having lost three straight, the most recent coming in fairly humiliating fashion at the hands of the New Orleans Saints on Monday Night Football in Week 12. The Giants defense — their supposed strength, at least in the front-seven — was rendered entirely impotent by Drew Brees and the Saints’ well-oiled offensive machine. The Saints racked up over 550 yards, including over 200 on the ground. Troublesome times in the Big Apple for sure. Antrel Rolle knows it, but he also knows that the Giants have it within themselves collectively to put the past behind them and compete hard each and every Sunday. That’s what they’ll do according to Rolle, beginning this Sunday against the undefeated Packers. Perhaps the G-Men need their backs squarely against the wall before they’re capable of playing up to their potential, but as we saw down the stretch last season, it’s often too little, too late for teams that squander opportunities in the middle of the season before cranking it back up once desperation mode sets in. 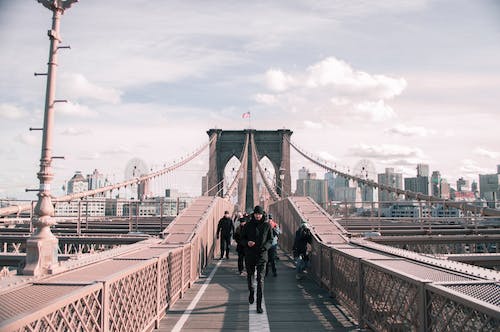 Rolle joined WFAN in New York to talk about if he felt the Giants were prepared for their Week 12 Monday Night Football matchup with New Orleans, what all went wrong in their poor defensive showing against the Saints, why he felt like they made the New Orleans offense look better than it really is, the lack of pass pressure put on Drew Brees, the heavy underdogs they’ll be in this Sunday’s game against Green Bay and if that ‘us against the world’ mentality is something the Giants need to play at a high level, if he had any issues with his close pal, Brandon Jacobs, doing an end zone celebration with the Giants getting beaten as handily as they were on Monday night, how the Giants aren’t concerned about fans leaving the bandwagon or writing them off, how hard the team will fight down the stretch and believing still that New York will make the playoffs.

If he feels the Giants were prepared for the Week 12 matchup with the Saints on Monday Night Football:

“You know, throughout the week I think we had an excellent week of preparation. I think we were put in the best position possible to make plays and handle what was going to be thrown at us, and a lot of the things that they did we studied for, but there were also a lot of things they did that we had never seen. So I think it became a little bit of a chess match last night, but at the same time, I don’t think we helped ourselves — speaking on the defense I mean, I don’t speak on the offense — as a defense, I don’t think we played a good football game at all.”

On the Saints offense racking up well over 500 yards of offense on the Giants’ porous defense Monday night:

“And to be honest with you — and not to take anything away from the Saints, they are like you say a great offensive team — but I think we definitely made them look a whole lot better than they actually are. And like I said, I’m not taking anything away from them because they’re a great team, and they’re a great organization and they run what they have very well and they run it very effectively. But at the same time, I think we could have definitely helped ourselves out a little bit better last night. Honestly, I think it was just a culmination of a lot of things that was going on in last night’s game.”

On the lack of pass pressure on Drew Brees:

“I can’t speak for that. That’s up to those guys to figure out what’s going on, or maybe our scheme of things. I don’t really know, and I can’t really comment on the pass rush. The only thing I can say is it’s supposed to be a collective team effort. And when I say that, I mean when your pass rush is not getting there, you know, you’re supposed to pick up the slack with the linebackers and the secondary and things of that nature. Sometimes if teams understand that’s what your strength is, and that’s what the coaches rely on and that’s what the coaches depend on, every NFL team — the coaches are there for a reason, there are no dumb coaches in this league — so when they figure out that’s the strength or that’s what you use to hold your defense accountable or that’s what you use to set the tone for the defense, you know they’re going to do what they have to do to take away your number one asset. It seems like that’s what teams have been doing. They’ve been focusing more on taking away the pass rush and then let’s see what happens. They’ve been pretty successful at doing that lately.”

On the underdog status they’ll be taking in to their Week 13 matchup with Green Bay, and if that ‘us against the world’ mentality is something New York needs in order to play up to the team’s potential:

“Well I’m going to take the same approach that I do into every single game, and that’s that we are who we are, we’re only going to be as good as what our mind tell us at the end of the day. The Packers are an outstanding team, and they’re led by Aaron Rodgers whose play-making definitely speaks for itself. But at the same time, when we want to play ball as a Giants team, and when we’re all on the same page — meaning players, coaches and everyone else — we play ball. That’s what we need to get back to. We need to find a way to get back to that. I don’t know what it’s going to take, and I don’t know what has to happen, but we have to find a way to get back to that at the end of the day. Because that’s who we are, that’s when we play our best ball.”

Did he want to ‘strangle’ punter Steve Weatherford when he attempted a fake from inside the Giants’ own 35:

“Why would I want to strangle our own punter? I don’t make them calls and I’m sure he doesn’t make that call either. So we have to do what’s called. If someone’s dialed it up, it’s in his power to try to get it done and do the best that he can. That’s stuff for the coaches to deal with at the end of the day. You know, the field goal and the faked punt and things of that nature, that really doesn’t have anything to do with me or us as a defense. Whatever situation they put us in, we have to do our best to go out there and stop them, which we did nothing about that at all yesterday.”

If he had any issues with his close pal, Brandon Jacobs, doing an end zone celebration with the Giants getting beaten as handily as they were on Monday night:

“Man, at the end of the day, if you get in the end zone, you do what you want to do. It’s not easy to get in the end zone. Honestly, we could care less about who has to say what about anything at any point. Everybody is always going to have an opinion about something at a particular point in a game. Everyone’s talking about the fake punt, but had he gotten the first down, he would have been All World, ‘oh my god, he did this, what a great job, that was an awesome call!’ But because he got stopped, it’s the worst call in the world and it was a bonehead move and things of that nature. But we understand how this world is, we understand how the critics are and how the media is at the end of the day, so like I say, I come here to play football, so I can care less about who says what or who likes it or doesn’t like it. At the end of the day, I try to critique myself and be the best player that I can be, the best teammate I can be, and that’s it at the end of the day.”

Will this Giants team make the playoffs?

“Absolutely. Absolutely. Let me tell you something man — we’re going to fight. I don’t care how we fight, I don’t care what corner we’re going to back ourselves up to, and you know what, everyone might be off the Giants bandwagon which is fine, which is fine. We’ve only had us anyways and only need us to get to where we need to get to. If the fans want to be there, then be there. We would love to have you, we’ll be happy you’re there and appreciate you. But if you’re not there, if you jump off the bandwagon, that’s fine too. We’re going to play ball regardless. We’re professional football players and we’re the New York Football Giants. We are not going to go out without a fight at the end of the day. We’re going to fight and that’s it.”