Antonio Brown and Mike Wallace complemented each other well as the Pittsburgh Steelers put together one of the NFL’s better receiving tandems over the past two seasons. Now with free agency looming in a few weeks, it appears that Mike Wallace may be heading elsewhere. This is life in a salary-cap sport — you can’t keep everyone. Only one big-time receiver can get paid and the Steelers picked Brown. Now he wants to move past the Steelers’ struggles in 2012 and take a leadership role in. Antonio Brown joined 98.7 ESPN New York with Ryan Ruocco and Stephen A. Smith to discuss the Pittsburgh Steelers understanding the importance of winning games, the Steelers not dwelling on last season’s struggles, the comments regarding Lamarr Woodley being out of shape, Mike Wallace not getting a new contract this past season and Darrelle Revis getting paid more money on his contract. 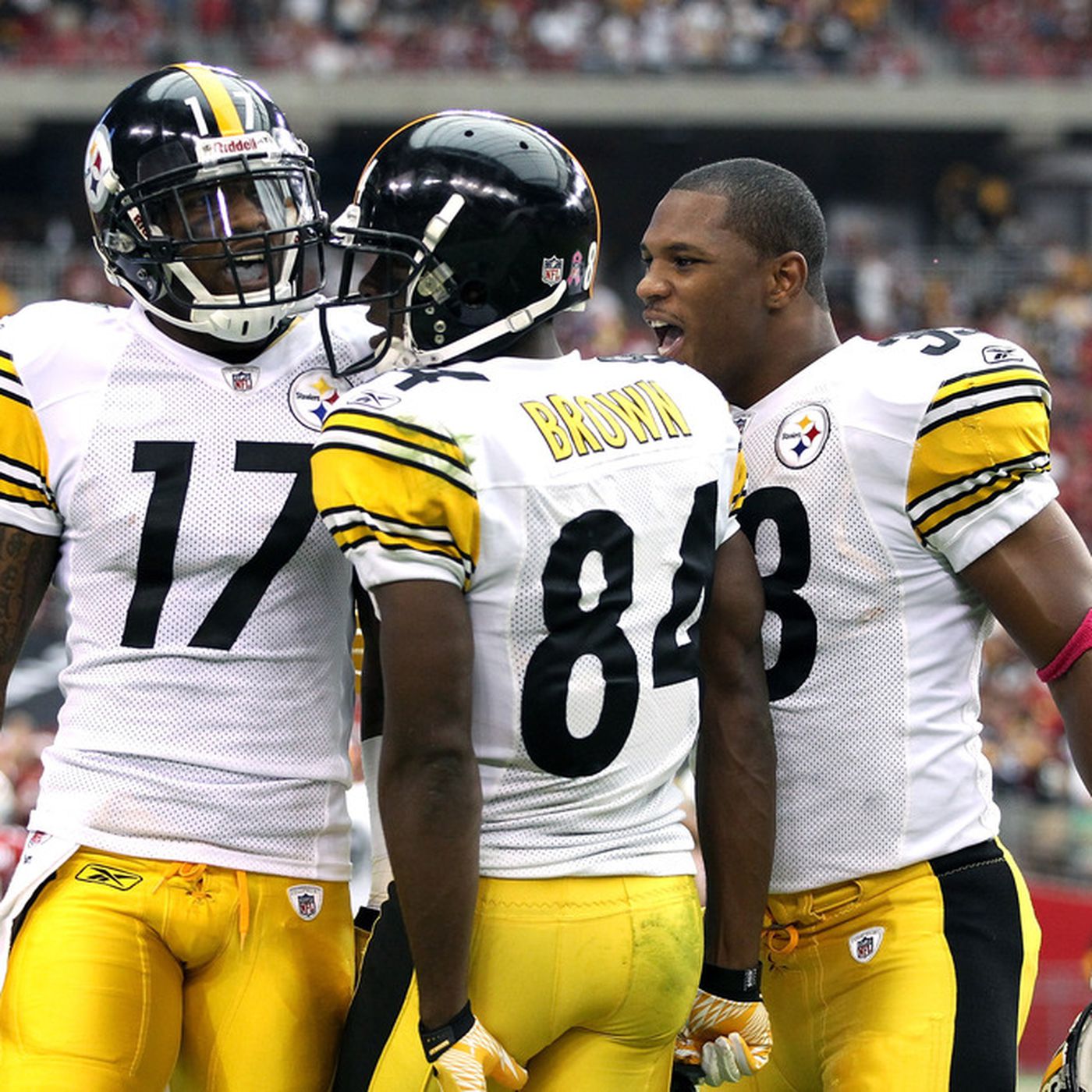 What happened to the Steelers this past season?

“We definitely gotta get it together this year. No excuses, nothing to blame. We personally just gotta step up and win ball games. I think guys were going out there thinking, ‘We are the Steelers and we just gonna roll into games,’ but we gotta take poise and leadership and understand the importance of winning games and getting on it and taking it seriously and get on with what we gotta do.”

But why did the Steelers struggle this past season?

“Different reason, but we don’t want to dwell on it. It’s long gone. The season has passed us and we are preparing for a new season. We are looking forward to new opportunities in.”

What about the comments regarding Lamarr Woodley being out of shape that were given to the Pittsburgh Post-Gazette?

“That’s definitely what breaks up groups and divide teams. Definitely cause something that Steelers aren’t represented by — not drama in our locker room. All that stuff is swept under the rug and stuff we gotta get past to get better by 2013.”

Was it awkward between you and Mike Wallace in the locker room this season because you got a new contract and he didn’t?

“Some bit of awkwardness. You know, a guy who has been there longer than I and definitely wanting a deal, but you gotta not dwell on that and that kind of situation prohibits bad blood to a team where guys are there for themselves, and not buy into the team aspects and could definitely cause a drama within a team.”

What is it like going up against Darrelle Revis and should the Jets pay him more?

“I mean every corner is the same for me. I put them all in the same boat. Hopefully he gets things worked out. He’s one of the top corners in the league and hopefully they get the situation righted. [Ryan Ruocco: For you, personally though, it’s not that much more difficult to face Revis?] Not at all. Every corner has something they do positive or something they are good at. You kind of learn their techniques to be able to play on.”