Anthony Parker: “From the beginning we as players have been told to be prepared to miss games”

With NBA labor negotiations not going very well between the players and the owners, the preseason has been cancelled. It looks like the regular season is in peril as well. As an NBA fan, this is extremely frustrating. In any negotiation each side is going to have to give a little. The players will have to budge a little bit on their stance, but so do the owners. If there is anything that the two sides can learn from the NFL striking up a new collective bargaining agreement it’s that the two sides had to give a little to come to an agreement.
The two sides have been negotiating for about two years on a new CBA and Commissioner David Stern set a deadline of Monday before there is a decision to miss games in the regular season. This is something the NBA just can’t afford to have happen. The NBA is not the NFL. It’s just not as popular and even though the league seems like it is at the height of its popularity, any loss of games in the regular season will cost both sides money and they might drive away some customers that won’t come back out of frustration. 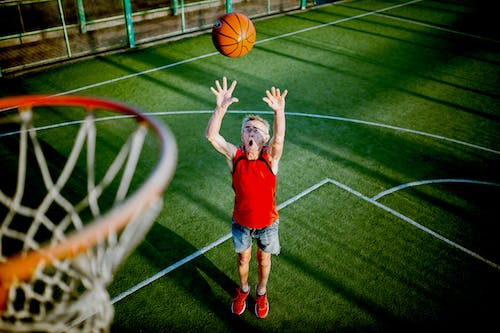 Anthony Parker joined The Fan 590 in Toronto to talk about whether or not fans should be more optimistic about the lockout ending, on him being prepared to miss a check and whether or not he thinks others are as well, what it means to have some of the best players in the NBA be a part of the labor negotiations, how much of a responsibility he feels to the players that are coming after him in the NBA when it comes to getting a fair deal.

Whether or not the fans should be more optimistic about the lockout ending:

“That’s a good question. I really don’t know what to tell you because I’ve gone on this rollercoaster along with many of you I’m sure. Even while negotiations are going on we’re getting reports that things are moving along and there’s progress and I’m following on twitter and then talks break, they said they couldn’t bridge the gap, and they were really no closer so it’s hard to gauge. From the beginning I think we as players have been told to be prepared to miss games. The thought is out there that the owners really want to see what kind of deal they can get once players start missing paychecks and that’s the ultimate leverage they have. That doesn’t start until November 15th so I don’t know.”

On him being prepared to miss a check and if he thinks others are as prepared as him:

“Nobody wants to miss a check. I don’t care who you are, nobody wants to miss a check. Especially when you’re younger in the league and don’t have as many years in, but I really feel like the union, Derek Fisher, Billy Hunter, and everyone else that has been involved has done a great job of preparing everybody for where we’re at right now. We anticipated being in this position and although it’s disappointing the saying is hope for the best, prepare for the worst and I think we have done that as well as you can and we are in the process and have made contingency plans to try to help people. They’ve talked about setting up workout centers and stuff at the union’s expense. We’re trying to do everything we can to keep guys ready and in playing shape and where they need to be and where we would usually be at this point of the season but it’s difficult.”

On having mega-stars front and center in the negotiations:

“Those guys have been involved all along and from a media standpoint if you don’t physically see somebody at a meeting you think they’re off doing their own thing and they’re not involved but that’s not the case. I think what it did was it showed everyone else that these guys are on board and these guys are backing the union’s position and that you know it gave Billy Hunter and Derek Fisher the ability to come out and say ‘look these guys are behind me and they’re backing our position.’ The idea that the star players are gonna be taken care of and they don’t care either way is just false. They had some spirited debates and it was good. It was a good day, but unfortunately it just didn’t result in getting a deal done.”

On the responsibility he feels to get a fair deal that will help benefit players that follow him:

“That’s not hard at all because this is a great job, the best job I think. I love basketball and while you guys know being around the players and stuff it’s not all what it looks like from the outside but it’s a great job and we’re extremely fortunate to be in the position were in and we feel obligated to preserve what we’ve gotten on the backs of the players that came before us. We feel obligated to preserve that for the players that are new in the league and to come years from now. That’s the resolve that you see with the players. This is what we do and we have, as players, such a small window of opportunity to do it. The average career is around five years and I think that’s even slanted because you have a lot of guys that have played a number of years and some guys are in one or two. You just don’t have a lot of time to play so for guys to really dig in and say that’s it and be willing to lose games is a lot and says a lot. It’s a huge sacrifice but I think what the players have done before us, to put us in this position, and that’s not to say, I think the players union has shown the willingness to negotiate. We want to play. It’s weird as an athlete your body is conditioned at this point in the season we’re supposed to be in training camp and it’s like an alarm clock where you know okay this is the time the trees are changing colors and we’re supposed to be in a gym right now and to fight that and to miss paychecks it’s difficult but I think it shows the resolve of the players in that we want a fair deal. We want a fair deal and we’re gonna play regardless, but we want to play in the NBA but it’s gotta be fair and it’s gotta be something that we, as players, feel proud about and that the next group of players can inherit and feel proud about being under that system.”