I’m not a NASCAR expert, so I won’t waste your time with much ‘analysis’ or editorializing. But when a superstar in the sport like Tony Stewart goes on the air, SRI makes sure to listen, particularly at a time when his frustrations might be bubbling a bit as a result of not having won a race this year. That goes for Ryan Newman who drives the No. 39 car Chevy for the Stewart-Haas Racing. Stewart’s team had gotten off to a great start , its first two years in existence, and it goes without saying that Stewart himself is not accustomed to a prolonged drought like this. The comforting news is that Stewart and Newman are ranked 12th and 10th, respectively, in the Cup standings. Both are in plenty good position to qualify with  with nine races still remaining on the summer and early fall schedule. Both look to break through this coming weekend at the Kentucky Speedway. Worth noting is that this weekend’s race will be the first time in more than a decade that a new track has been introduced to the Series Cup schedule. 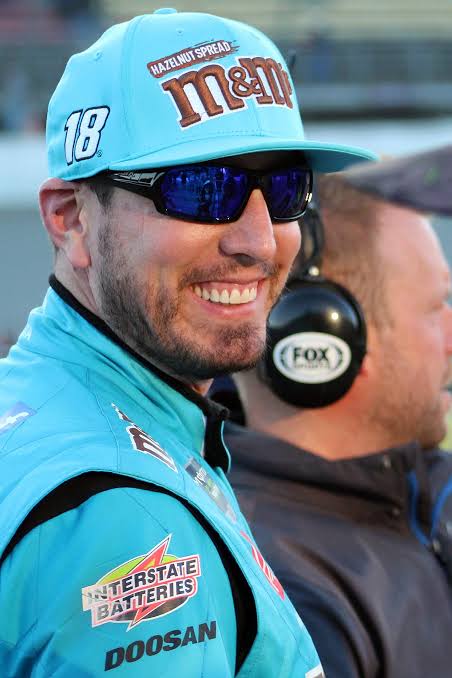 Stewart joined 790 The Zone in Atlanta to talk about why he and teammate Ryan Newman don’t work together more actively during restrictor plate races, why he thinks any team that ultimately signs Danica Patrick will be better off for it, what he’s heard about the new track in Kentucky that’s set to host the state’s first ever Sprint Cup Series race this coming weekend, how he can’t explain his winless season to date other than experiencing a whole lot of bad luck in a number of races, and finally, what cars he has in his personal garage worth mentioning or sharing a story about.

On why he and Ryan Newman don’t team up and work together in restrictor plate races:

“That’s easy. If one crashes, we both crash. So if we’re separated and one of us crashes, we’ve still got the backup plan. Honestly, it’s actually a little more complicated than that. Ryan’s a little more aggressive in the restrictor plate races than I am, and I like to just kind of ride around in the back until it’s really time to go then make that charge towards the front. But we try to practice with different cars during speed-weeks, trying to get around different guys and seeing if there were certain guys we were more comfortable with, around each other with. We definitely like working with each other, but at the same time, if we’re out there running and something happens to the guy he’s running with, he knows that I’m back there and he can pick me up and vice versa. So it gives us a good backup plan. But we just have two different approaches on how to run the restrictor plate races, and then doesn’t mean that either approach is either right or wrong, it just means we do it two different ways. That’s kind of just what we’ve done over the years.”

On the rumors of Danica Patrick joining Stewart’s team, and why he would consider doing that:

“You know, those rumblings have been going on for months now. That’s old news. Nothing’s changed. Obviously everybody that’s a car owner in NASCAR right now, if they’ve got a team available, they’d definitely love to have her. Because she’s got a lot of talent, she’s got the drive and determination to be good at it, and she can get the job done. So it’s definitely would be an awesome opportunity for whoever would have the chance to have her drive their car.”

On what he’s heard about the track at the Kentucky Speedway, and thoughts on the state hosting its first ever Spring Cup Series race this coming weekend:

“We heard from everybody that did the tire test their that it had a lot of grip, so we’re looking forward to a place where we’re going to have good-handling cars this weekend hopefully because the track’s got a lot of grip. It’s fun; it’s fun to go to a new place. Most of us have probably gone there at some time or another before NASCAR’s new testing policy, and you know, we used to go and test the Cup cars there because it didn’t count against our allotted test sessions that we were allowed to have. But we’ve just never raced there before. So it’s probably been for or five years since we’ve been back to Kentucky, so I’m looking forward to it. It’s about an hour and a half from where I grew up in Indiana so it’s kind of a home race for us.”

On when he’s going to break into the win column this year:

“I’ve just been waiting for you guys to tell me it’s alright for me to win a race. I mean, I can do it any week you tell me. No, we’ve had one of those weird years this year guys. We’ve had a season where it seems like anything that could go wrong has gone wrong, and no rhyme or reason for why, it’s just weird, bad luck and I don’t know when it’s going to quit. But I’ll take it sooner rather than later, that’s for sure.”

On what cars he has in his personal garage at the moment that he’s working on, driving around or most proud of:

“I’ve got a ’50 Mercury Laed Sled, I’ve got a ’57 Chevy, a ’55 Shortbed pickup truck. I’ve got a ’79 Pontiac Trans Am ‘Smoky and the Bandit Edition’, and we’ve got the ’84 Cadillac Hearse. We’ve got a 2005 Lamborghini Murcielago, we’ve got all sorts of cool stuff. I’ve got two new Camaros that I got from Chevrolet and everybody at Unique Autosports got it all decked out, and we’ve been riding it out a lot.”