Amanda Saldana On Super Bowl XLV Ticket Snub “Nobody had any idea what was going on.”

San Antonio’s own Amanda Saldana was torn about going to Super Bowl XLV after her grandma suffered a heart attack leading into coma last week. Her grandmother passed away yesterday as Amanda was on her way to Arlington with her free tickets that she won in a contest. She won two free Super Bowl XLV tickets along with two free nights at a hotel and two hundred bucks in gas money. Saldana was heart broken after seeing her grandmother suffer a heart attack, but her family told her that they knew her grandmother would have wanted her to go to the big game. She decided to make the once in a lifetime trip to Cowboys Stadium to watch the Green Bay Packers take on the Pittsburgh Steelers for the right to 45th Lombardi Trophy.What Amanda and her family did not realize was that she would be one of four hundred fans who actually had no seats for the tickets they had paid for or received. Super Bowl tickets are extravagantly expensive to pay for and to come by to begin with, but these seats turned out to be even harder to have than anyone realized. Fans were turned away due to construction on four hundred seats in this one temporary section that was not completed in time for Super Sunday. According to the NFL, each fan will receive three times the face value of the $800 tickets and free tickets to Super Bowl XLVI in Indianapolis next year. For many of the four hundred fans who were snubbed, it was an extremely disappointing day that could have been a memory of a lifetime. 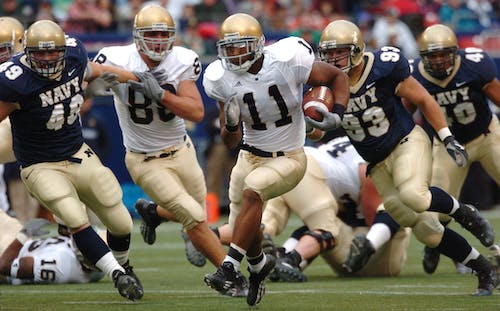 Amanda Saldana joined KTKR in San Antonio with Mike Taylor to discuss what happen when she got to Cowboys Stadium then being told her tickets were not valid and she couldn’t sit in her seats and was she told that the NFL would pay her three times the face value of her tickets and be given free Super Bowl XLVI tickets.

Amanda, you won two tickets to Super Bowl XLV, two nights in a hotel, two hundred bucks in gas, so you got a hell of a hookup. So you fought your way up to security before yesterday’s Super Bowl game and you take it from here. What happened?

“We waited in line two and half, three hours. We got all the way to the front. Our tickets scanned and it made a different beep than everyone else’s did. As soon as our tickets scanned they said “Oh your seats have been re-routed and you’re actually going to be sitting somewhere else.” I was like “Oh okay that could be a good thing. It could be a bad thing.” So I asked her “Okay where do we go from here?” She said “Your actually going to exit security and go through Lot A.” I said “Okay once I go through Lot A, what do I do in Lot A?” She’s like “Oh you’re going to have to go through another security, but they’re actually going to give you your tickets there.” And I was like “Okay.” I walked out and there’s no signs saying where Lot A is. There’s nothing telling me where to go, so I went asking around and everybody is like I don’t know what to tell you.So I went back in the same tent and I asked “Where is Lot A?” She gave me a map that said where Lot A was. I go to Lot A and there’s nothing in Lot A. Yeah there’s nothing in Lot A. I walk through Lot A all the way around and there’s a tent on the side of the stadium. There’s not anyone in Lot A, so I go to the tent that’s there and they were handing out pieces of paper and the paper stated “Sorry for the inconvenience, but you’re not going to get into the stadium.” It said you would be refunded three times the amount of your ticket because we were sitting in the infected area. So everybody out there is really, really, upset.

I asked them “Well, you know why is this?”

At first he told me “There was a screen in the way. You can’t sit in the seats that you were provided.” I’m like “Okay where are we suppose to sit to watch the game.” He’s like well we’re going to direct you to the Party Plaza and you can watch it there. I said “Oh okay is that inside?” He:s like “No it’s outside in a tent we have a big screen out there.” I was like “I’m not going to sit outside and watch it on TV.” This is my first Super Bowl. I’m here. I was torn coming. I’m not going to watch it outside. You know you’re crazy. He’s like “Well that’s all I can do you.” I’m like “Okay where’s the Party Plaza?” He said “Once you go there an NFL representative will come you know and tell you where to go from there.” We of course walk all the way over there. Once we get there this is where they tell us you’re going to be refunded three-times the value of your face ticket. I’m like “That does nothing for me.” I want to see the Super Bowl you know. We’re here in the stadium, then I’m like “Okay, on the paper it doesn’t say, it doesn’t have a letter head, it doesn’t say who to contact. It just says the NFL and Cowboys stadium sincerely regret this inconvenience.” I was like “Ummm….Okay.”

Once we got there a couple of fans and myself had actually pushed the gate open and we were able to get through, which is where the stadium is. The other fans pushed the gate open and I walked right on through. I walked right through the tent and security and cops and everybody came and shut the gate. The other fans behind me are screaming “Jerry S****!” They’re really upset. Of course I had to stand up. All the fans that got through had to stay standing there because we were technically still with them. We still didn’t know where to go. We stood there waiting and a couple of people came and said “Well the reason you can’t sit in your seats are because a fire marshall never gave the approval for those seats to ever be in the stadium.”So I was like “Umm…Okay. Now what do we do?” She’s like “Well here on out we’re going to have to get someone up here to talk to you. We’ll have an NFL representative come here and talk to you.” We’re like “Okay you’ve been saying that.” No one has come out and talked to us. A man came out and was like “Look I work here. I’m in charge of hospitality here and we’re going to be here to make sure you guys either get seated or standing somewhere to watch the game.” All of us we’re like “We’re going to be inside right?” He’s like “Oh yeah most definitely.” The cop standing behind the fence was like “We don’t let these fans in they’re going to come in anyway.” So they let everyone in and didn’t give anyone any direction. Everybody is kind of running everywhere.

As soon as we got outside I found someone who was with guest services and I asked them…every single person I found to ask got on their walkie-talkie and had to ask. Nobody had any idea what was going on. Nobody has any direction of where to even tell us where to go. We decided let’s go to our seats and see what’s there. So we walked to our seats and they honestly looked like bleachers. They were made out of metal. They were not stadium seats. They were all metal. They were just like bleachers. They were blocked off. There were people standing there. They were covered by curtains and they had signs that had the tickets in them. Every single person’s ticket that had an “A” at the end of the section were the one’s affected.

I told myself “Where do we go from here?”

There was a guy that came because at this time the group [people with tickets that were no good] had already got together because we were all the people you know who were suppose to sit in those seats. A person from guest services said “I’m gonna take you guys down to the Miller Club and you’re going to be on the field.” We were like “Oh okay we’re going to get to be on the field.”

So at this point you’re told you’re going to be going on the field to watch the game?

“Yes. So we were all excited. We were like “Alright this is the way they’re going to make it up? Awesome!” We go down where they told us we were going to go. It’s the Miller Lite Club. It’s at the bottom. I’m sure you see it in pictures. It’s where you walk up to the field and it comes about chin level. This is where the players come through, but there’s the players, the media, coaches, boxes [suites]. You couldn’t see anything. They were like “Well there’s a TV there.” I was like “That does me no justice.” They’re like “We’ll get you some free hot dogs and some free sodas.” I’m like “Oh that’s what I came to the Super Bowl for.” We finally were down there. We look up and people we’re sitting in our seats. So I asked the lady on the field “Those are our seats up there!” I said “There are people sitting in them.” She’s like “Hold on. I can’t move from here. I can ask somebody when they walked by.” I’m like “Okay.” She walks by me. Of course she had to kneel down to hear me. I’m so low to the ground you know. Then, she asks somebody and goes “Maam those people are sitting there and they’re not supposed to be. They were told otherwise and decided to sit there on their own.” I’m like “If I go up there can I sit in my seats?” She’s like I think so.”

A big group of us were like well we’d rather sit up there than be down here. Almost all of us left went back upstairs to our seats and they were like “No you guys can’t sit up here.” We’re like “There’s a bunch of people sitting there.” They were like “Yeah they were told not to sit there.” We’re like “Well we’re going to sit here.” They’re like “You can’t sit there.” We sat there anyway. There were fire marshalls coming up-and-down telling people to leave. Nobody was getting up. We just found seats that were available.”

Now the NFL said they would pay you three times the face value of the ticket. It sounds like a sweet deal. Is this what they told you?

“Well that’s what they said, but the letter that they gave me said “Equal to three times the face value.” That one has no letterhead and nothing from the NFL. The paper that I got when we all were leaving from the NFL that is actually the letterhead and everything says “They’re going to going to give you…they’re going to refund the full face value of your ticket and where to mail them.” When this lady handed me the paper I showed her the one they gave me that said three times the face value and she said “That doesn’t count anymore. This is the one with the letterhead.” I told her you gave me this one and she said “I’m sorry I just work for the Cowboys Stadium.”