All Politicians Have An Agenda

This is why I hate 99.9% of politicians.  It’s not even that I disagree with what he’s doing, it’s that I disagree with the reasoning behind it.  Senator Orrin Hatch of Utah is the driving force behind the U.S. Senate trying to help determine how the collegiate football champion is determined.  A Judiciary Committee subcommittee involved with antitrust and competition policies, in which 75 year old Orrin Hatch is the Ranking Republican, will hold hearings on the BCS Championship. Hatch has called the BCS system “un-American”.I’m all for a college football playoff.  I think the BCS is a joke and if two undefeated teams meat in the BCS Championship Game, it’s nothing more than dumb luck.  I’m glad President Obama talked about changing this in an ESPN interview before he was elected President.  I just have a problem with Orrin Hatch wanting to get involved after the University of Utah went undefeated and two teams that had one loss (at the time) were playing for the BCS Championship.  Utah had a legitimate beef, but why didn’t Hatch get involved when USC or Auburn had beefs in the past? I actually don’t have a problem with government getting involved with sports as I do feel like sports brings people and communities together regardless of race, religion, or economic backgrounds. Senator Orrin Hatch joined 1280 the Zone in Salt Lake City to discuss his Senate committee plans. 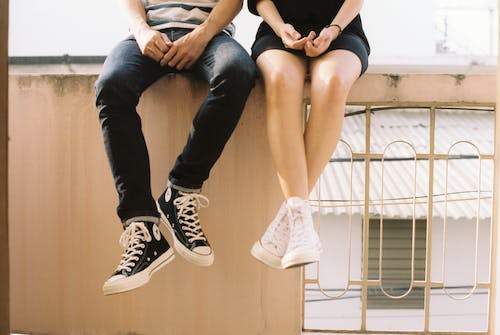 On the BCS system:

“We already have plans to look into the innermost implications of the BCS. I think it’s a pretty clear case that the BCS is exclusionary and that it has a negative impact on the schools left on the outside, which is precisely what our anti-trust laws are meant to prevent. Of course, this last year with the University of Utah, it’s a perfect illustration – the only undefeated team and of course they didn’t have the slightest chance to compete for the national championship. Make no mistake about it, I’m not itching the get the Senate involved in the regulation of college football…but there are people right now with the power to reform the BCS system…I’d eventually like to see a playoff system but quite honestly, anything is better than what they have right now.”

More on the BCS:

“The amount of money that’s at stake with the BCS is unprecedented in the history of college sports and the money that’s generated greatly benefits the schools that are able to participate as well as the students at those schools. The problem is that this money is not distributed according to the success of the programs; it’s decided in advance before a single game is played. The bigger concern is ensuring that every school is treated fairly. It’s more than just a question of playoffs or wanting to see teams like Utah or BYU get a chance for the national spotlight…BCS is bad for consumers, it’s bad for the fans of college football and it’s bad for the schools. There’s a lot of money at stake here and I think it’s more than enough to warrant the attention of Congress.” More from Senator Hatch and the full interview after the jump.

Is it about greed?

“It’s greed, no question about that, but it’s a lot of elitism too.”

What kind of playoff would he favor? Does he like the 16-team format used in lower divisions?

“I think it’s gonna have to be that way because let’s face it, how long can you keep college kids playing football during a season? It’s gotta be something that’s reasonable and could fairly resolve in a real national champion… I don’t know what would be the best way yet.”