It didn’t take long for 9-time Pro Bowler (9 straight for those counting at home) Alan Faneca to find a new job. Less than a week after being jettisoned by the New York Jets, the long time Pittsburgh Steelers offensive guard signed in Pittsburgh West – i.e. with the Arizona Cardinals. Ken Whisenhunt and Russ Grimm have made a habit of signing former Steelers players they once coached in Arizona, but Faneca is undeniably the prize of the lot. Sure he may be past his prime at 33 years of age, but he can still flat out maul people in the running game and should be more than comfortable playing for Grimm, his former line coach in Pittsburgh. Great, great move by Arizona as they make the transition from being a pass-first team under Kurt Warner to one that likely will be more balanced in 2010. Faneca’s leadership abilities and his refusal to feel sorry for himself or accept mediocrity should also be a welcome addition to a Cardinals locker room that has recently parted ways with key personalities on and off the field like Karlos Dansby, Antrel Rolle, Kurt Warner, and Anquan Boldin most notably.Faneca joined XTRA Sports 910 in Phoenix to talk about why he thinks Arizona’s a great fit for him at this point in his career, how his relationship with Whiz and Grimm played a big role in his interest in playing for the Cardinals, how he was surprised that the Jets released him, how they did in fact not ask him to take a pay-cut before releasing him (the Jets claimed they did), how he thinks the Jets will adapt and move on just fine without him, and what his mentality is every time he sets foot on a field. 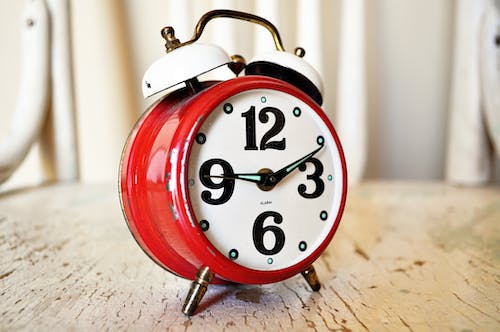 On why he thought Arizona was the right place for him to continue his storied playing career:

“At the end of the day,  just weighing my options it was too easy a choice and just the right place for me. Football wise, family wise – it was just the right spot.”

On if his relationships with Whisenhunt and Grimm factored into his decision:

“Definitely. That was a huge part. I know those guys, I know how they coach, I know what they bring to the game, and I knew they brought it out here with them. I didn’t even have to think about that.  So, to be back with that and be a part of that excited me.”

On how surprised he was that the Jets released him:

“There was no asking for a pay-cut, but I was surprised, I was surprised. I heard the rumor a day or two before hand, and then it went down. All of a sudden, you’ve been in the NFL for 12 years and now you suddenly don’t have a team. So it’s definitely a weird feeling.”

On what he brought to the Jets O-Line and the continuity they were developing as a unit:

“We were very lucky, we went two straight years without one guy missing a game which is unheard of to do for one year, and we did it for two years. We did some great things. And part of that continuity and spending time with each other, we just kept getting better. Coach Callahan, the O-Line coach up there is a great O-Line coach and just kept pushing us to get better and do the little things. And that’s how we were able to go out last year and have the #1 rushing attack, by being a unit.”

On what he thinks he can bring to the table from a leadership standpoint:

“I’ve been in this league for 12 years now, going on 13. So right off the bat there, I’ve pretty much seen and done it all. I’ve been there and I can be there to help guide guys through things, and know when not to talk to guys about things. There’s a way I think to just put things at ease. I think guys, especially younger guys, feel better around guys like myself who’ve been in the league awhile. They love to bounce questions off you, which is great. How else is a young guy going to do it if he doesn’t have someone there to help him and teach him. I was very fortunate, when I came into the NFL, there was nothing but veterans on the offensive line. I’m sitting there going into year one, and I think six or seven of the other guys are on 8 years and above. It was the best thing that ever could have been for me, man. I just sat there and learned and talked. They were just so open and willing to sit there and help this kid coming into the league. Just help me along, share information with me. It helped me out so much  and just kind of set the tone for me and the rest of my career.”

On if it’s true he was out to dinner with Nick Mangold when Rex Ryan broke the news to him:

“That is how it went down. We went out to dinner and that’s what happened. Rex called me shortly after they made an offensive lineman pick, and you know, he just kind of…he knew I knew and had heard the rumors, so it was kind of already there. It was a very hard decision for him, and a very hard phone call for the both of us.”

On if he thinks a move like that by Ryan can counterfeit a lot of the great work he did last year building a tight-knit special bond inside the Jets locker room:

On how he remains motivated at this stage of his career having accomplished so much already:

“Everybody in the other uniform is in the way. It’s plain and simple. It’s everybody’s in the way. Let’s go out there and have fun doing it, but let’s get this job done.”

Steve Kerr This Year Will Be More Fun